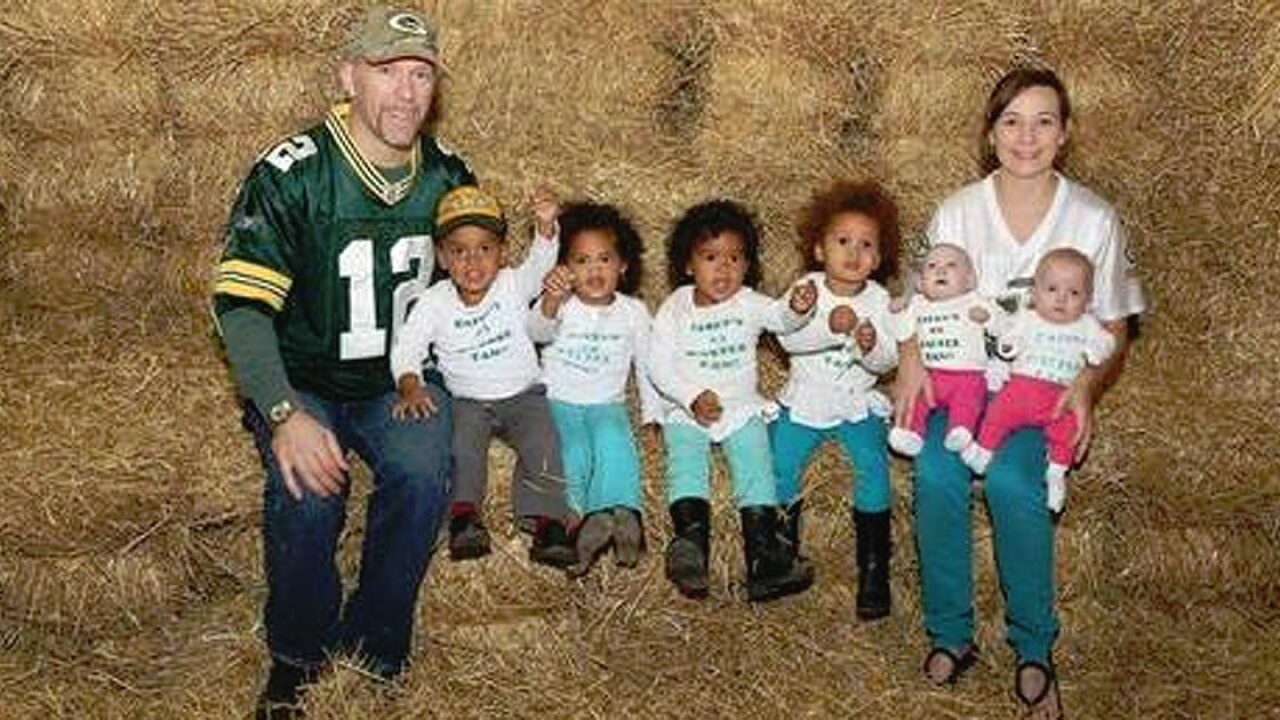 Carrie and Craig Kosinski thought they couldn't have children, and adopted a set of twins whose birthday is February 28.

The following year the mother of the twins gave birth to a second set, and asked the Kosinski's if they would adopt this pair as well so the siblings would be together, according to blog post from the One Chance Foundation.

The second set of twins were also born on February 28th, according to the foundation that gave the couple money to help pay for the second adoption.

Shortly after that adoption, Carrie found out she was finally pregnant with her own set of twins.

That set was also born on February 28th, according to the foundation and a campaign that is helping raise money to pay for the two adoptions at Adopt Together.

The couple's story was shared on the Love What Matters Facebook page where it has been liked over 30,000 times.