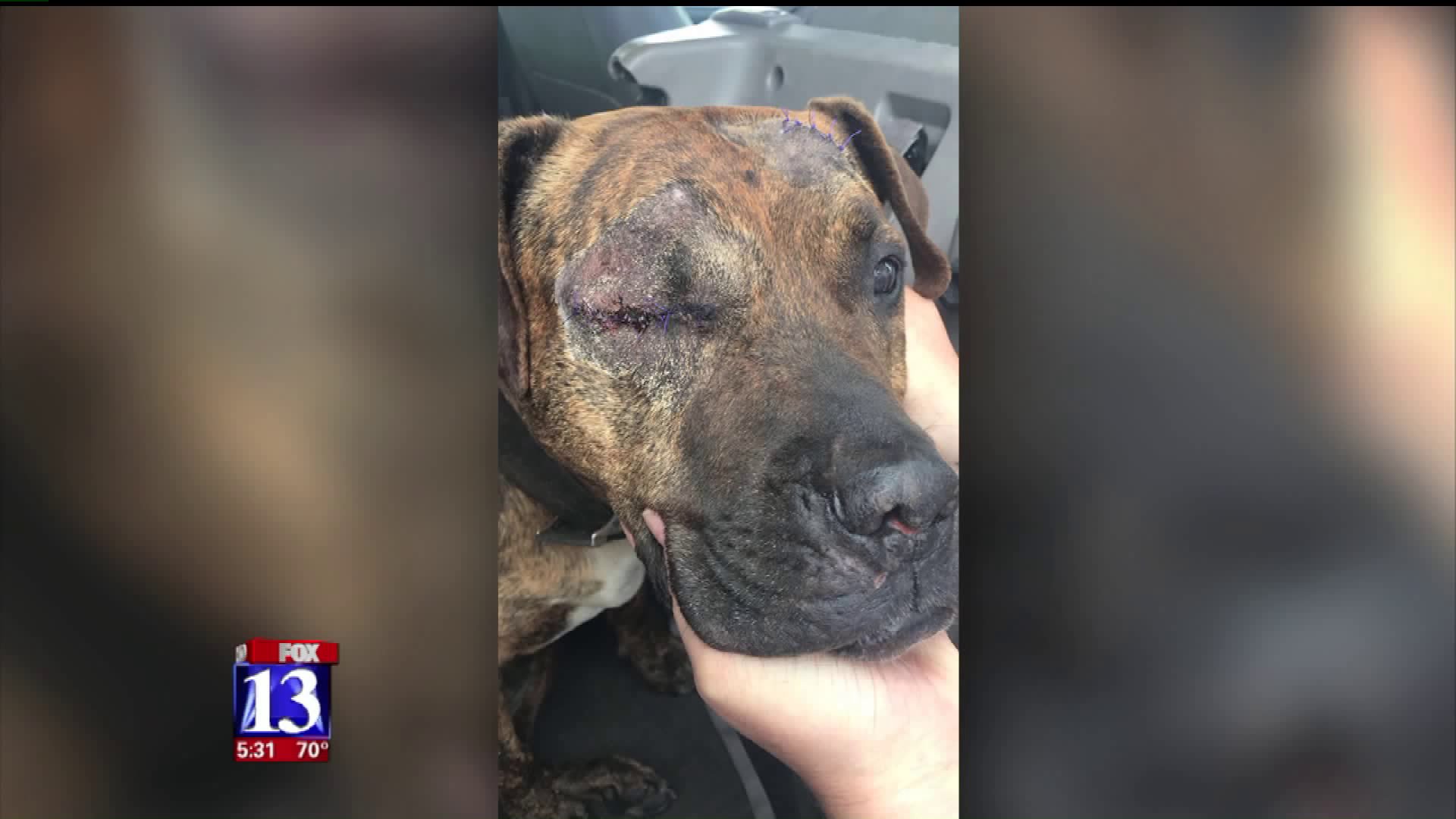 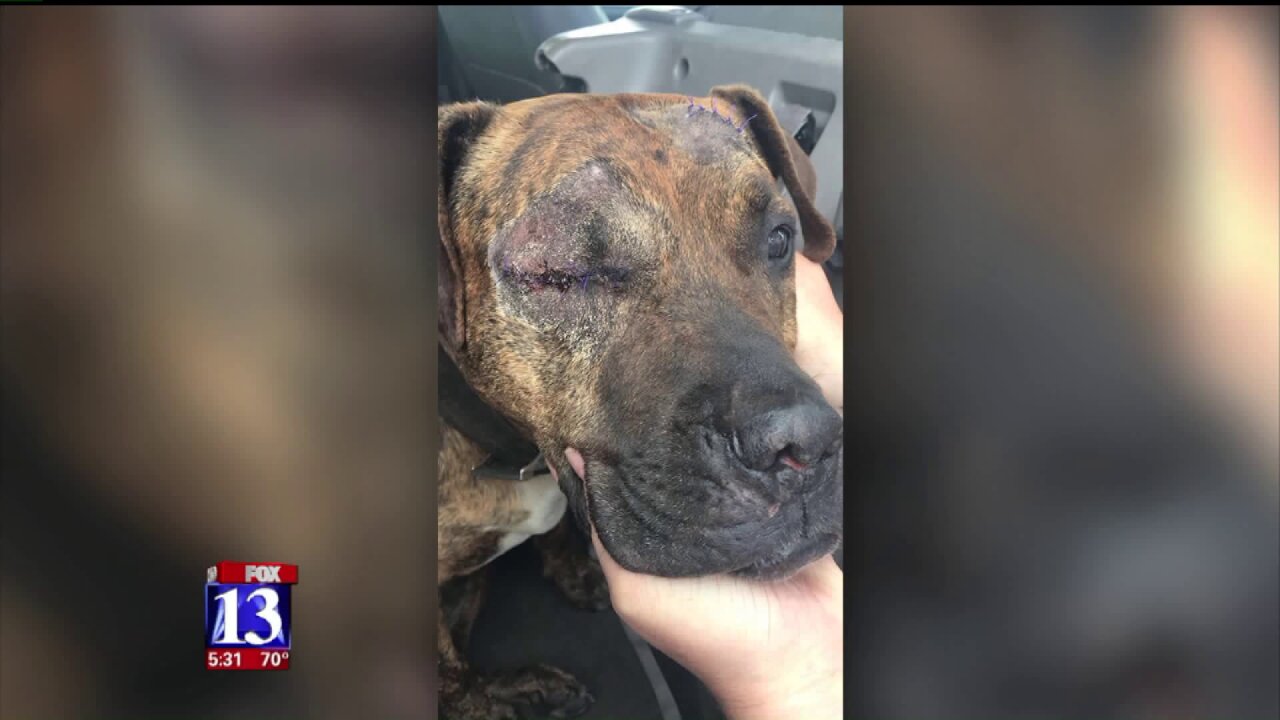 OGDEN, Utah - Tarra Reyna and her kids were selling candy bars to neighbors for a school fundraiser.

She left her dogs to play in their fenced-in backyard while they were gone, which she said was just a couple of hours. When she came back, she saw what she described as a blood bath.

She said she knows something isn't right about the situation and her dogs would not fight each other. She said there are signs someone must have been there, like a fence gate that was kicked-in, a cooler on top of a foot rest propped up against the fence, her dog's harness on the ground but not chewed off, and a bent broom.

Her one dog, 8-year-old Boo, lost her eye. The vet said she is blind in the other. Reyna is hoping to raise some money for treatment that could restore sight in that eye.

In a statement, they said: "Pets are an important part of our family and it is heartbreaking when people cannot get the urgent medical care their pet needs. ...We couldn’t save poor little Sage but because of him, other animals will be saved."

As for Boo and their other dog, 3-year-old Dallas, things will never be the same. Reyna said she has to keep the dogs separated for fear they will fight each other or accidentally hurt one of her children.

She said they used to be inseparable, but she may have to re-home Dallas to keep everyone safe. She said her dogs are afraid and skittish; they bark at everything now and can't go outside alone. They are sometimes even startled by water moving in their own water dish.

Reyna said she is reporting the incident to police and keeping an eye out for anyone who looks like they may have been in a dog fight. She said she is also looking into putting up security cameras and perhaps getting a concealed-carry permit. She said she's afraid an intruder may hop her fence again, next time when she and her children are home.