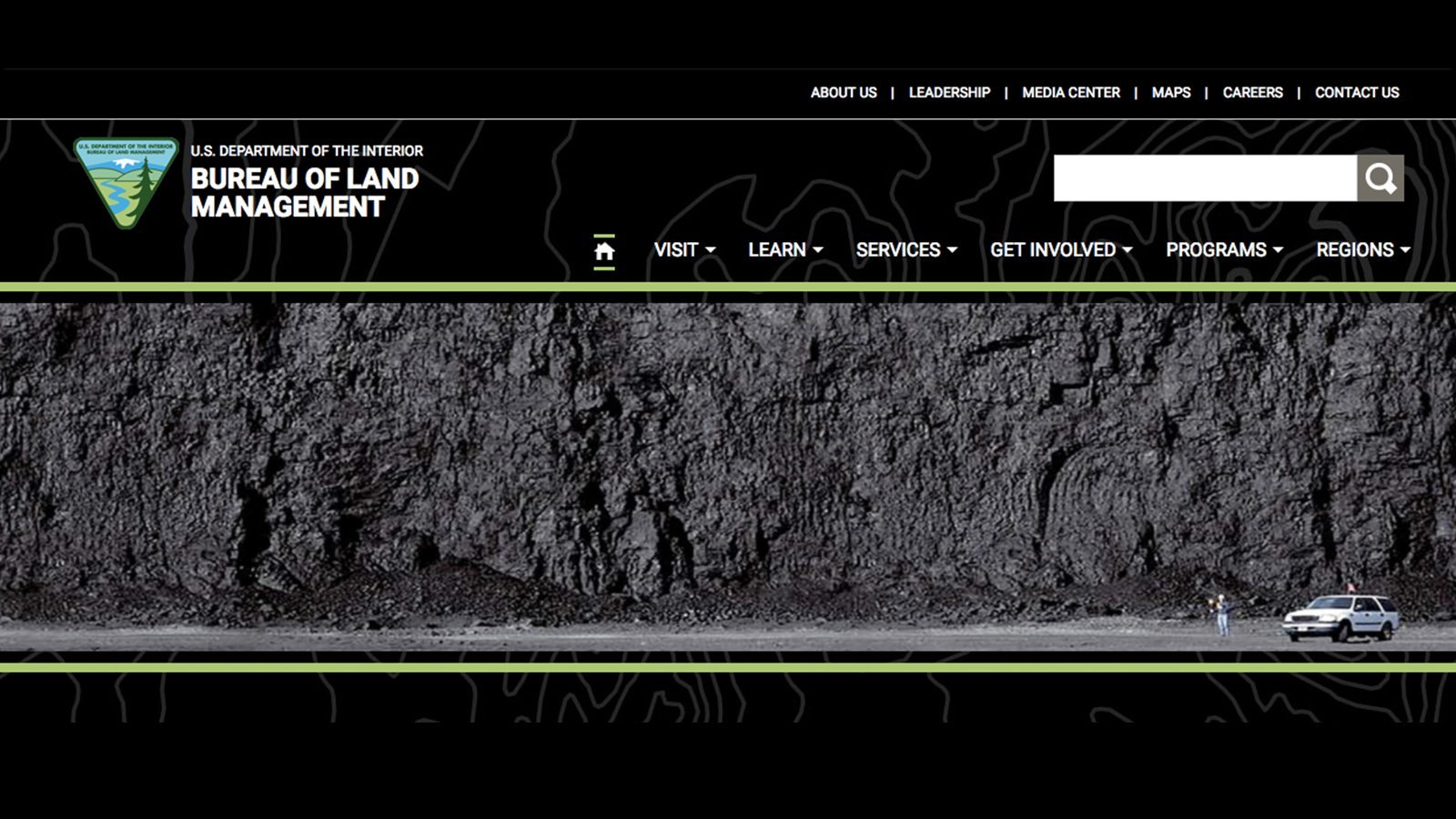 (CNN) — It’s a photo of coal that in any other situation probably wouldn’t raise any eyebrows.

But when a tranquil hiking scene was replaced by a wall of coal on the home page of the Bureau of Land Management’s website, more than a few people took notice. The agency, best known for managing millions of acres of federal, often recreational land, replaced the photo with another scene on Friday.

Some questioned whether the bureau was telegraphing a change of priorities. Interior Secretary Ryan Zinke recently lifted Obama-era restrictions on coal mining on public land, and signed a $22 million coal mining lease for land in Utah.

Greenpeace USA tweeted: “Putting a giant wall of coal on the BLM site won’t bring back coal, the future is safer without it!”

The agency says the coal photo was not intended to signal a shift in priorities and is instead part of a new digital strategy, where each week it will showcase a different scene from its vast land holdings — some 245 million acres, mostly located in the western United States.

“We manage America’s lands for many, many uses, and coal is one of them,” spokeswoman Megan Crandall said.

A new photo will be posted each Friday, Crandall said, and will represent “everything from coal to canoes, from fly fishing to timber.” She said there are plans for future scenes to show “recreation,” such as hiking, “responsible oil and gas development on public lands” and “forest management.”

“As part of the BLM’s transition to a new website design, we will be regularly rotating the banner with photos that reflect the many uses our public lands have to offer,” she said.

The coal face photo — taken at North Antelope Rochelle Mine in Wyoming — was replaced Friday by one of a man fly fishing on the North Platte River, also in Wyoming, Crandall said.