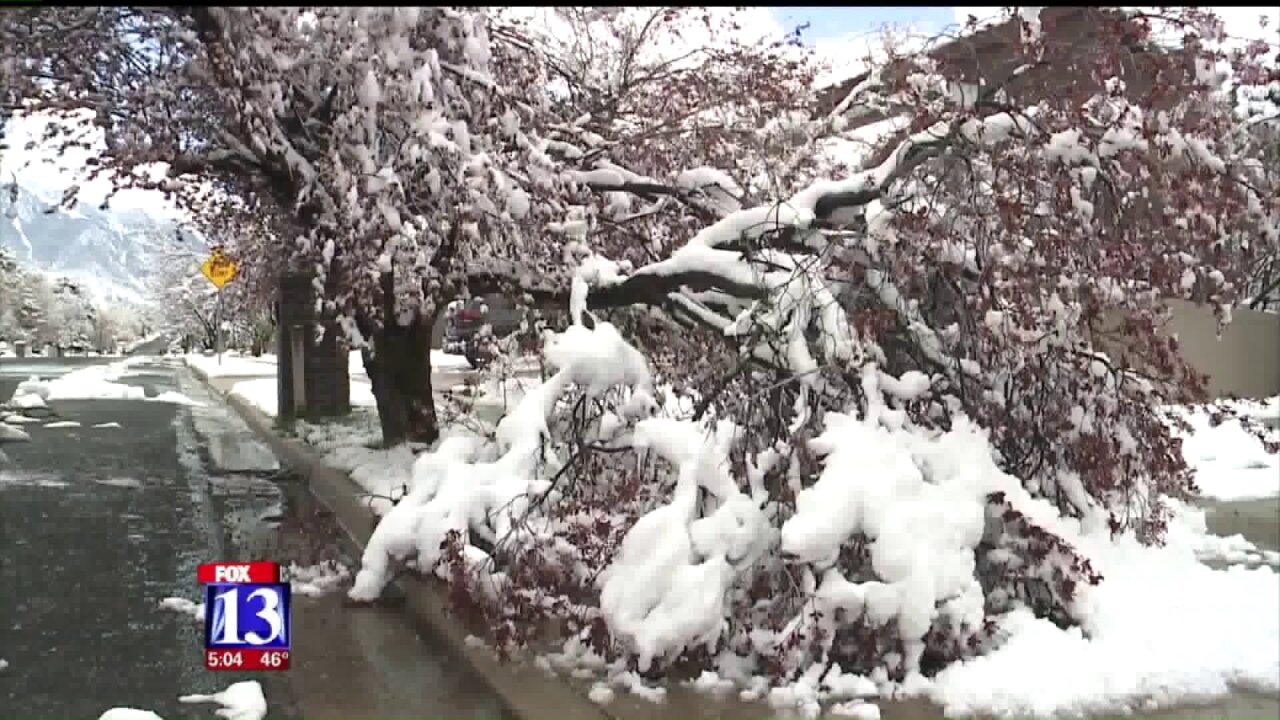 Residents say it’s one of the worst April storms they can remember.

Assessing the damage in his Cottonwood Heights yard, Troy Whittaker couldn’t even tell where all the broken branches came from.

"It was mostly falling in from other yards and things, so everybody, it looks like they all got a piece of each other's trees kind of spread around a little bit," Whittaker said.

Down the street, Chris Johnston was just trying to clear enough brush to get the car out of the garage.

“I just went down to pick it up, and it’s a lot bigger than I was expecting,” said Johnston as he tried to chop apart a large branch. “We have a tree in the backyard there, one of the larger branches came down. We’ll have to get a chainsaw for the rest of that one, but, fortunately, it didn’t hit the house.”

These residents said it only snowed about five inches, but it packed a powerful punch.

“It was heavy, wet snow, and with the leaves on the branches and the blossoms, I guess that caused a few branch breakings,” said Ben Davis of Cottonwood Heights.

It wasn’t just branches, some people lost entire trees. Gary Millett had four trees go down around his house, including a 50-year-old aspen now lying across the sidewalk.

“I knew this tree was a little bit iffy, but now it’s more than iffy, it’s gone,” said Millett, who lives in Cottonwood Heights. “So it’s always bad when you lose one of the natural aspens, so I’m going to lose three in this storm and it takes a long time for them to grow back so it’s a little disheartening.”

"This time of year it was a little bit unusual, but, hey, we live in Utah so we have to be ready for just about any kind of weather," Whittaker said.

Fortunately the bulk of the damage was limited to people’s yards, and not much damage to houses or cars were reported.