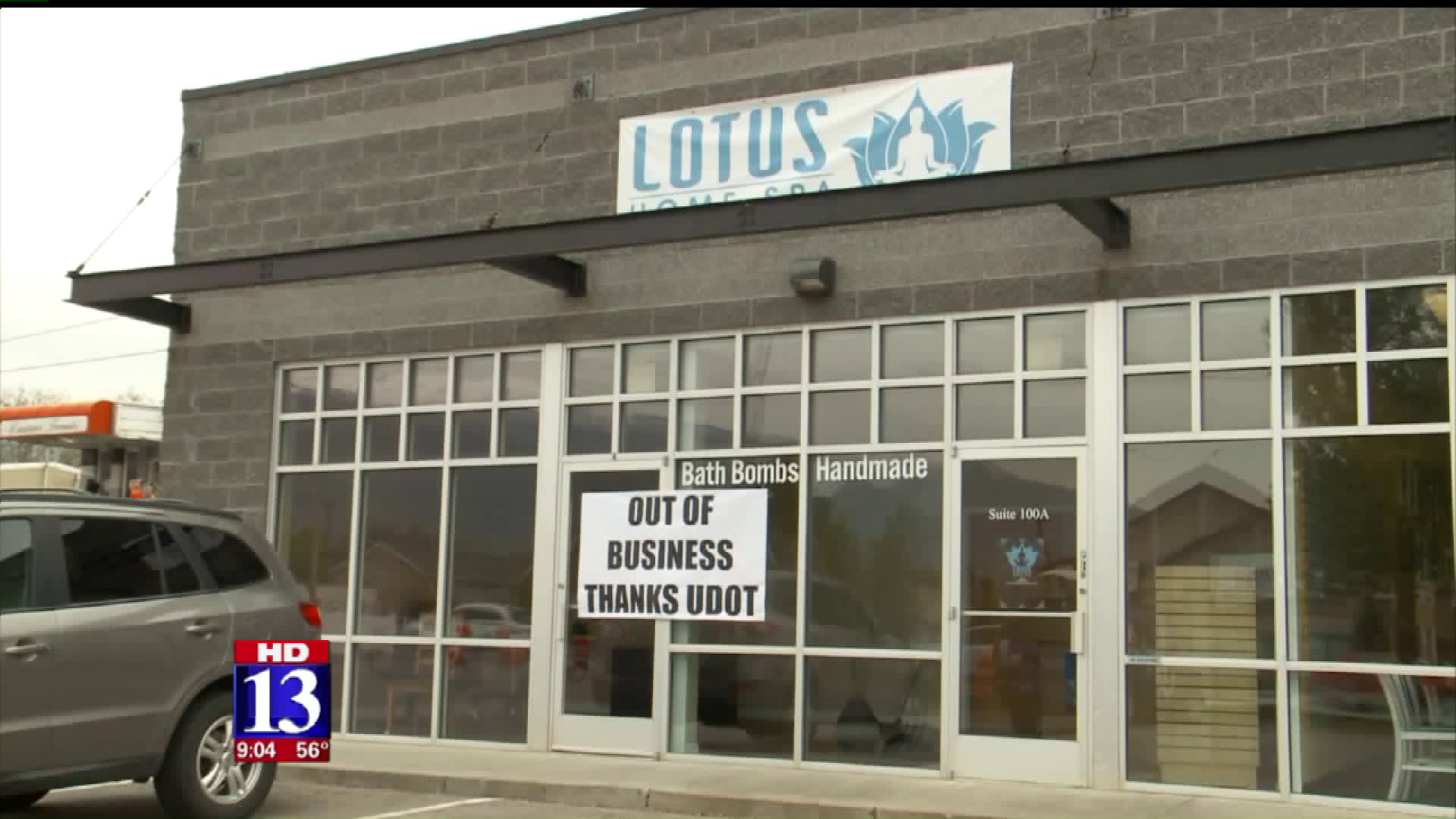 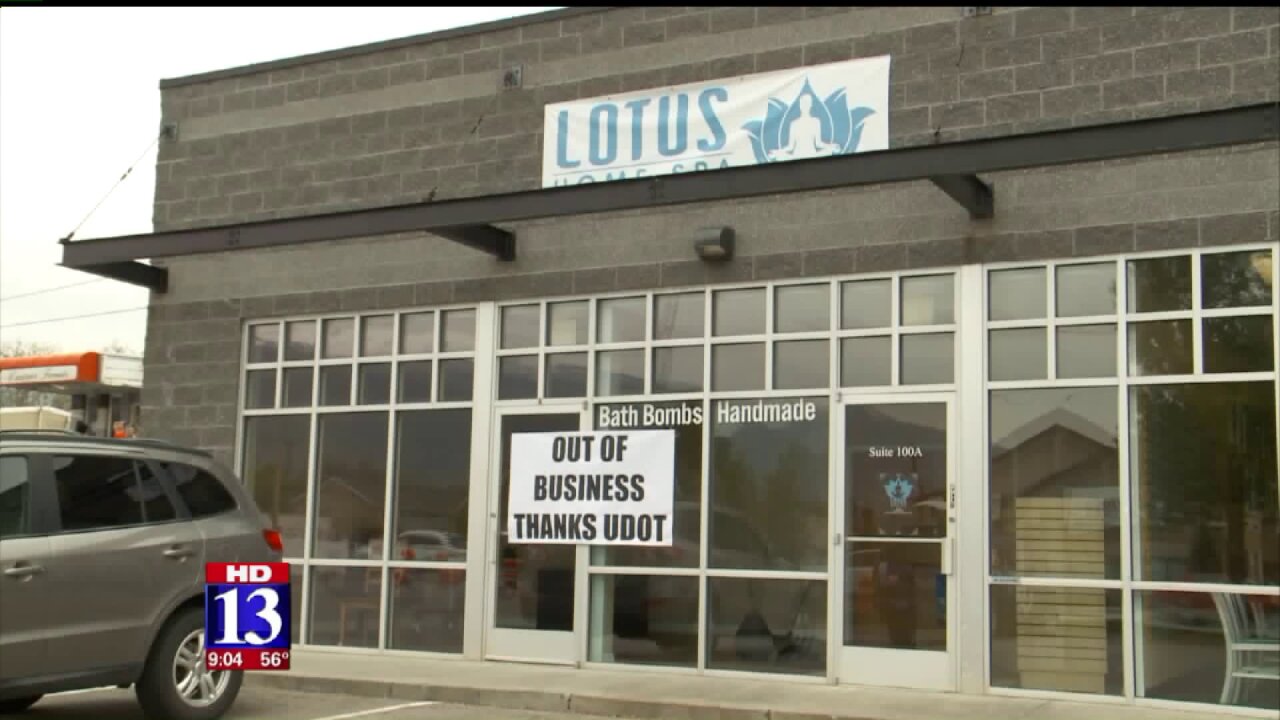 BOUNTIFUL, Utah - Two business have closed their doors and they say Utah Department of Transportation is to blame.

Last April UDOT started roughly an 18 million dollar construction project aimed to improve sidewalks and parts of streets near 400 North. The project was only supposed to last for about six months.

"I'm frustrated because it's been a year," said Jared Christensen, co-owner of Plates & Palates a deli in Bountiful. "Two businesses in the last couple weeks have had to close."

They say the reason for closing is that the construction is blocking off the entrance to a shopping mall where a handful of businesses sit. The complex has two entrances, but the remaining one has limited access making it difficult for customers to pull in.

"We've actually had customers walk in here and say they are not coming back," said Danielle Smith, an employee at Body Perfect Tanning.

Smith points out that one of the store's biggest sales of the year is about to take place, and they're afraid the customers won't turn out like they have in the past.

"Because it takes them ten minutes longer just to get in the complex," Smith points out.

John Gleason of UDOT apologized for the inconvenience, saying they're doing what they can to fix the problem.

Gleason said there's a number of reasons for the delay.

"We've had pavement issues, utility issues, and then weather issues, but at the same time, these are real lives here," Gleason points out the obvious frustration from business owners and customers.

Gleason says the UDOT has handed out flyers and sent out employees to keep business updated on the latest construction timelines. Additionally, for businesses that feel they may have been wronged, he offers UDOT's Risk Management hotline number for them to give a call 801-965-4096.

"With any construction project, the goal when all is said and done is to have a positive impact on this community. But during the process along the way, there has been some challenges, and the people that live and work in that area have felt those challenges.”