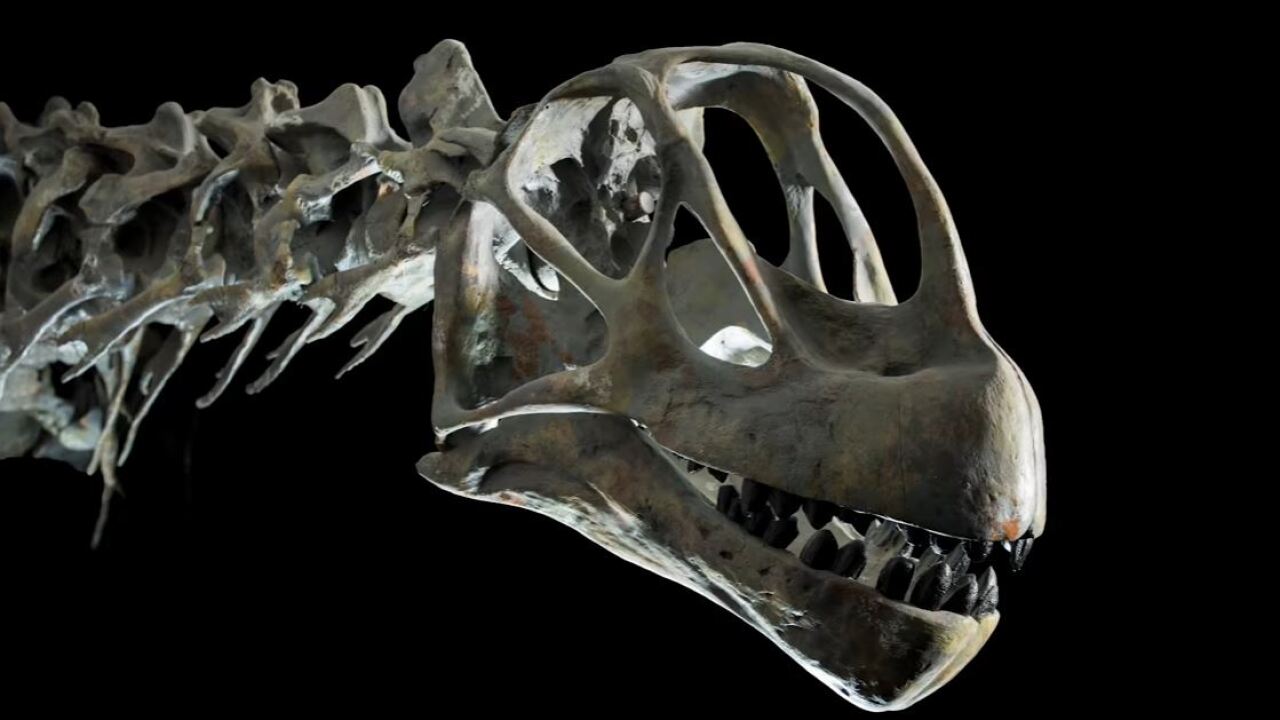 PROVO, Utah — The discovery of a new dinosaur unearthed in Utah was published this week, and BYU researchers have named the 32-foot herbivore Moabosaurus Utahensis in honor of the city of Moab.

According to a press release from Brigham Young University, the Moabosaurus discovery was published this week by the University of Michigan’s Contributions from the Museum of Paleontology.

Three BYU researchers and a BYU graduate authored the paper, which profiles a 125-million-year-old dinosaur whose skeleton was assembled with bones extracted from the Dalton Wells Quarry near Arches National Park.

Brooks Britt, a BYU geology professor and an author on the paper, said they identify dinosaur bones through constant comparisons to similar finds.

“It’s like looking at a piece of a car,” Britt stated in the press release. “You can look at it and say it belongs to a Ford sedan, but it’s not exactly a Focus or a Fusion or a Fiesta. We do the same with dinosaurs.”

Moabosaurus is classified as a sauropod, which is a group that includes brontosaurus and brachiosaurus. The herbivores have long necks and pillar-like legs.

Britt said during the dinosaurs’ time, Utah was filled with large trees, plentiful streams and lakes as opposed to the desert climate of today.

“We always think of Moab in terms of tourism and outdoor activities, but a paleontologist thinks of Moab as a gold mine for dinosaur bones,” Britt said.

The dinosaur’s name pays tribute to that “gold mine” of ancient discoveries.

“We’re honoring the city of Moab and the State of Utah because they were so supportive of our excavation efforts over the decades it’s taken us to pull the animal out of the ground,” Britt stated, referencing the digs that began when he was a BYU geology student in the late ’70s.

Britt said they were lucky to recover any usable bones from the site, as he said many of the bones were trampled by the survivors of a severe drought that killed many dinosaurs. Most of the bones at the site are fragmentary, so it took decades for paleontologists to uncover enough bones to fully describe the Moabosaurus.

The fully assembled skeleton is on display at BYU’s Museum of Paleontology, though the placard has yet to be updated with the new name.

“Sure, we could find bones at other places in the world, but we find so many right here in Utah,” Britt said. “You don’t have to travel the world to discover new animals.”