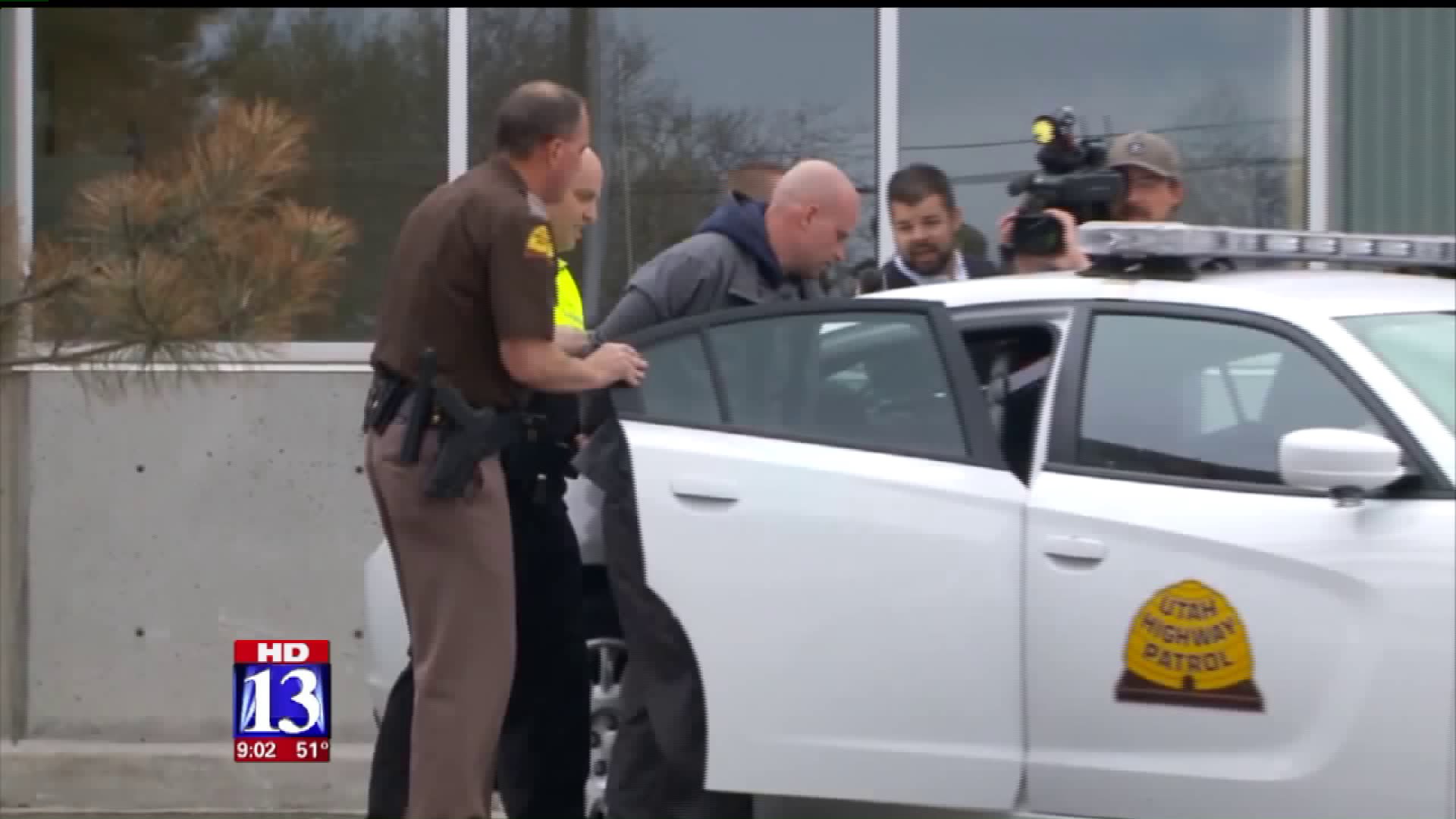 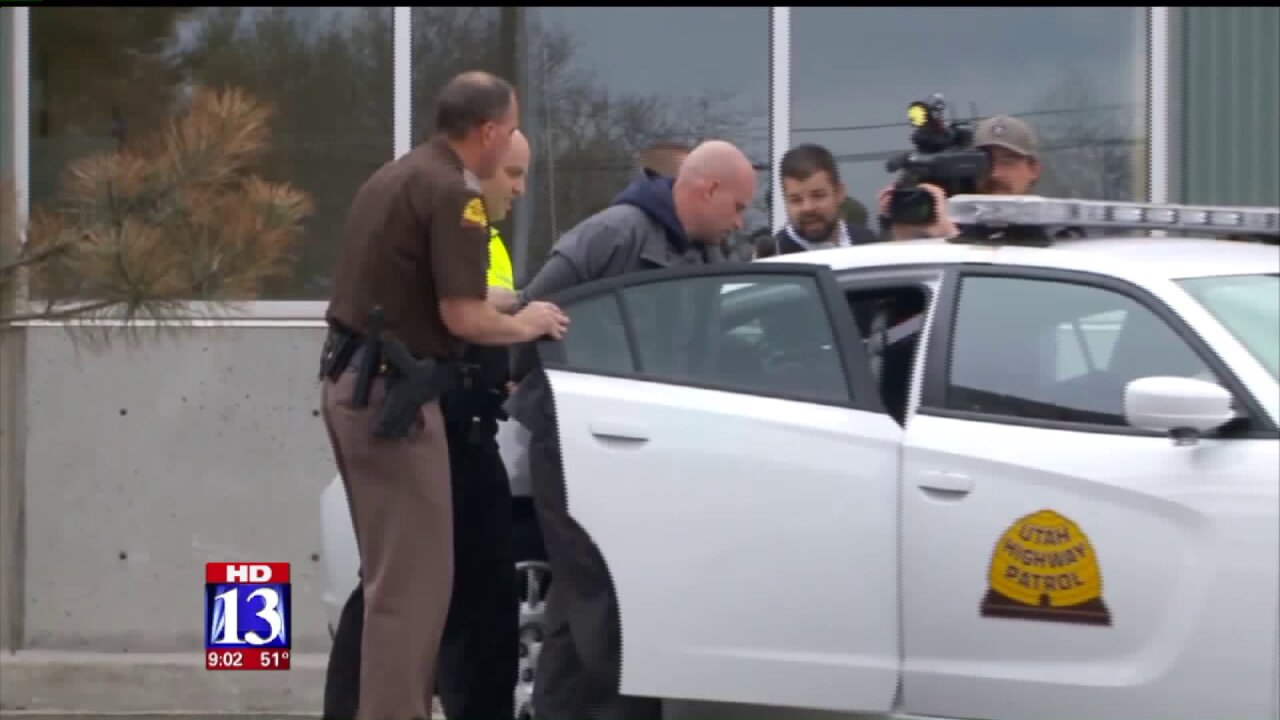 TAYLORSVILLE, Utah -- Disturbing new details have surfaced about an attack and sexual assault on the Salt Lake Community College Campus in Taylorsville.

It turns out he'd allegedly been lurking on campus at night, posting notes in women's lockers that demanded sex.

On Friday, SLCC released surveillance photos that showed Wyatt in the Lifetime Activities Center the night before police said he attacked and sexually assaulted a woman.

"It was noticed that he had been there when the facility was closed, and was moving around," said Salt Lake County District Attorney Sim Gill.

In the surveillance photos, it's clear that it's nighttime outside as Wyatt crept around the closed facility. Charging documents allege he covered the women's locker room light sensor with athletic tape.

The document also states Wyatt stole items out of lockers that were later found in his truck.

“In locker’s (sic) there were ransom notes for missing clothing," documents state. "The notes demanded sex for return of their property.”

Then, during the day, a woman walked in the dark locker room and Wyatt allegedly attacked her when she tried to leave.

"She was grabbed by somebody from behind, and physically restrained and also forcefully sexually assaulted at that time as well," Gill said.

Documents state Wyatt held the woman by her arms and put his hand over her mouth, and, "grabbed her left breast forcefully,” and that the victim, "ducked down, and tried to escape. The man tried to grab her again and she bit his left forearm. She then fled back to class.”

Police said classmates jumped into action, taking down Wyatt's license plate as he drove away. Officers later arrested him at a 7-Eleven.

Charging documents state Wyatt, "admitted the meth was his, admitted he was at the SLCC Lifetime Activity Center women’s locker room, and that a girl was there and she was screaming and he had his hand over her mouth. He said he had been in the same locker room earlier in the day and in the campus a lot that night.”

A search of Wyatt's truck turned up “clothing, shoes, athletic equipment, a medical kit, and athletic tape from the locker room and training room.”

Gill said after police took Wyatt into custody, he threw a chair at an investigating officer.

That, paired with the attack and alleged possession of meth, landed him with felony charges of aggravated kidnapping, aggravated sexual assault, burglary, drug possession and assault by a prisoner.