HILL AIR FORCE BASE -- Hill Air Force Base made history last weekend when some of their airmen flew to Europe for training. It's the first time in U.S. Air Force history the F-35s were sent on an operational deployment to Europe.

According to the Hill Air Force Base’s public affairs office, USAFE came to the Royal Air Force in Lakenheath, England to conduct training with other Europe-based Aircraft in support of the European Reassurance Initiative or "Operation Iron Hand" for the next several weeks.

Commander Dave Smith of the 419th Fighter Wing said it's a long-standing effort of theirs to train alongside European Allies.

According to Gen. Tod D. Wolters, U.S. Air Forces in Europe, Air Forces Africa commander, the Royal Airforce base is just one of the projected airforce training deployment spots for the aircraft. Once the aircraft is familiar with Lakenheath, the F-35s will be deployed to other NATO nations to maximize training opportunities.

Commander Smith said he's been flying the F-35 since November, and the technology keeps getting better. He said it's like a flying computer that collects information, gives it to the pilot, and then can be shared with whoever they fly with. Part of this training teaches the European allies all about it, which Smith said is helpful because RAF Lakenheath will get their own F-35 soon. He said they will be the first base in Europe to receive an F-35 in the U.S. Air Force.

“They need to understand how we train on a regular basis to build those tactics, techniques, and principles of flight that we often do here in the United States when we train regularly,” he said.

Hill Air Force Base currently has 20 planes on the ramp. Smith said they're scheduled to have 78 F-35s by 2018-2019. There will be 72 planes assigned to three squadrons and six spares. 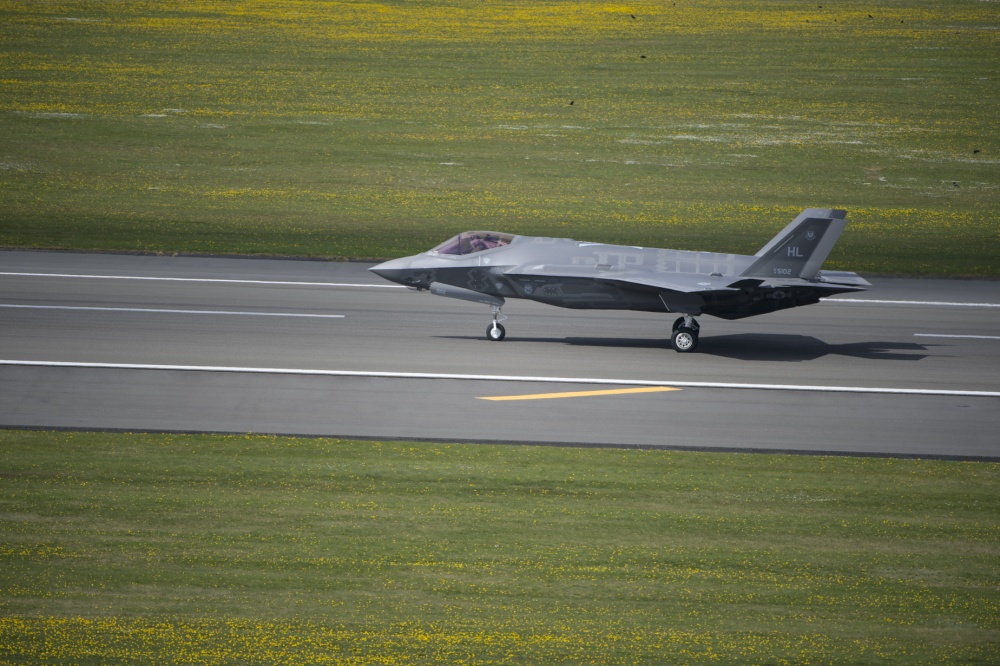