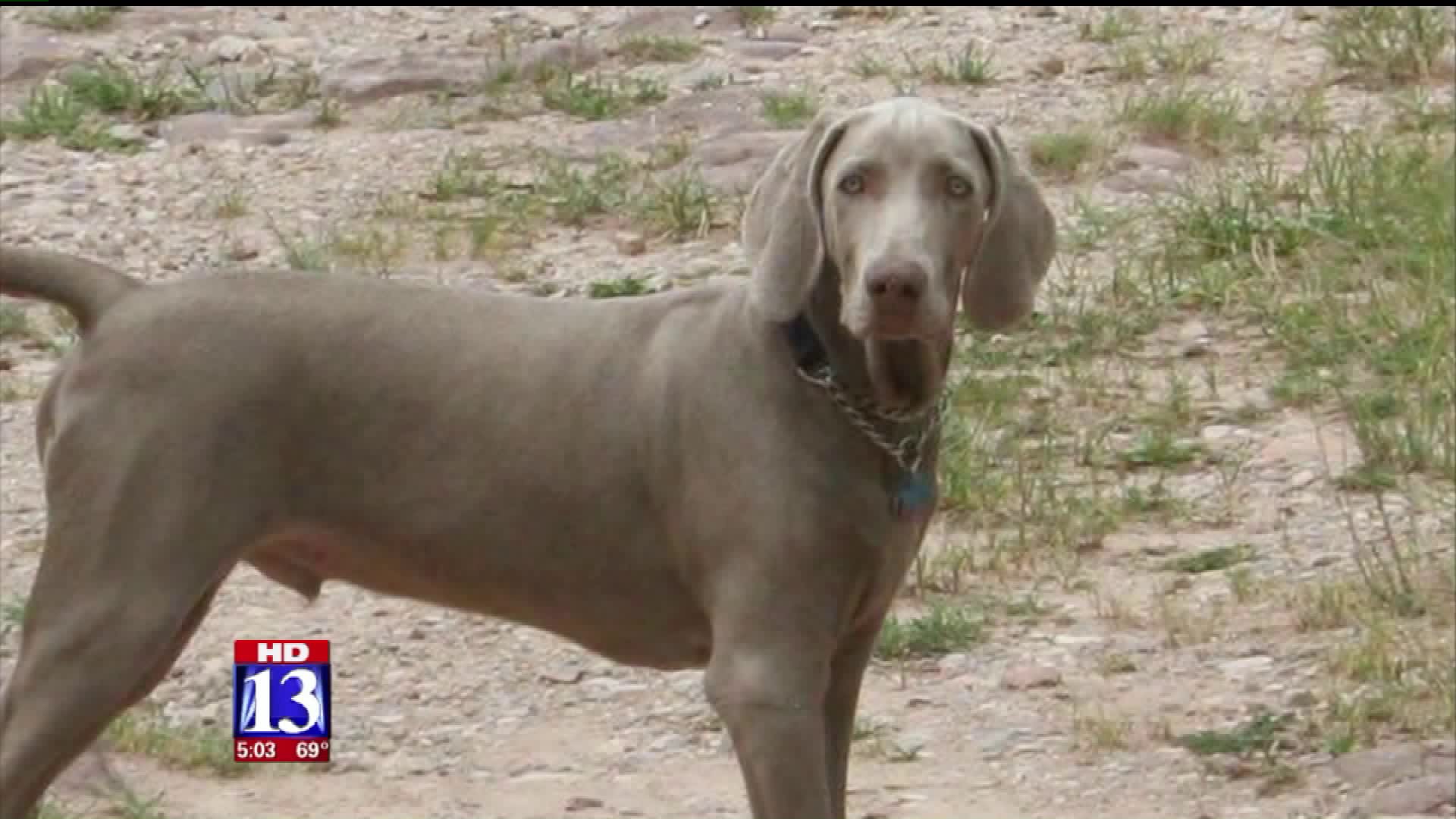 SALT LAKE CITY -- The state's top court is wading into the controversy surrounding the shooting of "Geist" the dog.

In arguments Monday, the Utah Supreme Court considered whether Sean Kendall should be required to post a bond before he proceeds with a $2 million lawsuit against Salt Lake City police who shot his dog. At issue is a unique Utah law that requires a bond if a person tries to sue a cop.

Sean Kendall at a 2014 rally against police over the death of his dog, Geist.

Kendall is suing over the 2014 shooting of his dog. A police officer responding to a report of a missing child wandered into Kendall's backyard, where the Weimaraner charged at him. The officer shot and killed Geist. Right now, Kendall has his lawsuit pending in three different courts over the shooting.

Anderson argued to Utah Supreme Court justices that the bond required to sue an officer makes courts inaccessible. In this case, Kendall had to come up with $300 to proceed with his lawsuit.

Justices Deno Himonas and Thomas Lee questioned if Kendall had standing to even be before them.

"He could afford to do a $300 undertaking and posted it. How do these laws prohibit him from getting access to the courts?" Justice Lee asked.

Anderson argued Kendall wasn't able to do anything until the courts set the amount -- which could start at $300 and go up, locking him out of the justice system. In their questioning, the justices seemed divided.

"There is a great deal of inconvenience, mental suffering, but you’re suing on access to the courts. None of it ended up denying him access to the court," Justice Christine Durham noted, later questioning Salt Lake City about whether it was unduly burdensome.

Samantha Slark, an attorney for Salt Lake City, argued that Kendall didn't have standing before the justices because he wasn't being denied access to the court system.

"Mr. Kendall has been able to access the courts," she told FOX 13 outside of court.

Anderson pointed out police often receive lawyers paid for by the taxpayers if they're sued as part of their duties as officers. He said he hoped the justices would overturn the law (which was, coincidentally, sponsored in 2008 by the Utah State Legislature by former Rep. Jackie Biskupski, who is now Salt Lake City's mayor).

"This is a matter of even broader public interest. It isn't just about suing police officers," he said. "It's whether our legislature can start peeling away certain classes of people and say, 'Hey you, we don't like the kind of actions you bring so we're going to put you through all these delays and expense.'"