SALT LAKE CITY - Emotions ran high and mouths shouted loudly as protesters gathered on the University of Utah campus Tuesday to voice their anger after the University announced it had fired a longstanding healthcare executive.

CEO and Director of the Huntsman Cancer Institute Doctor Mary Beckerle was notified via email Monday afternoon that she had been fired. The move came after 11 years of service at the helm.

“What concerns me is that she didn’t learn about the termination until she got the email," said Susan Sheehan, President and Chief Operating Officer at the Huntsman Cancer Foundation. "That seems like a very ungracious way to appreciate a person’s contributions to an institution that she’s served so well.”

Sheehan credits Beckerle with turning the Cancer Center into one of the top centers in the country, and questions the University's motivation to let her go.

"She has not had a performance evaluation that would have indicated that there was a concern," said Sheehan.

Making things even more hostile is the fact that Sheehan says the Huntsman family and Jon Huntsman Sr. was never consulted or given a heads-up.

“I would have expected as a courtesy and out of respect that that would have happened," Sheehan added "I'm very disappointed.”

The University of Utah did not respond to calls from FOX13 inquiring why they made the decision, nor did the Huntsman family return calls. But professors and staff at the Cancer Institute who gathered to protest the decision Tuesday said that Huntsman Sr. gathered staffers together to explain he didn't approve of the decision.

“He was surprised that he was not consulted on the decision," said U of U professor Bruce Edgar, who heard Huntsman Sr. share his thoughts. "He’s not in support of it. He’s a strong supporter of Beckerle."

Edgar said that professors and staffers at the Cancer Institute plan to gather Wednesday at noon for a protest March from the Huntsman Cancer Institute down to President's Circle at the University of Utah. 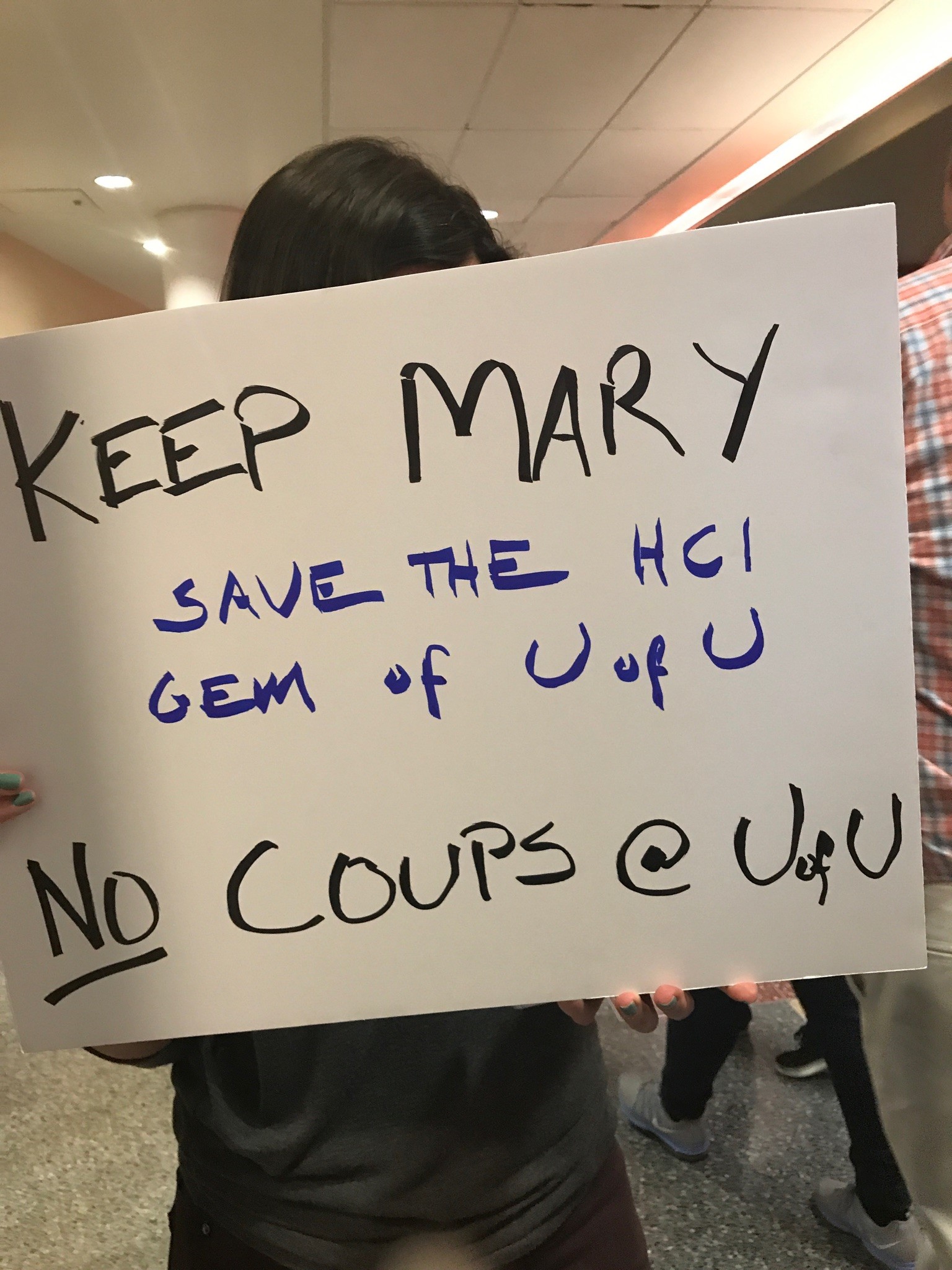 In response to Beckerle's dismissal, an open letter was created to send to the University of Utah Professor and the Board of Trustees, some of the letter is posted here:

"Since her appointment as Director 11 years ago, Dr. Beckerle has demonstrated nothing but exceptional leadership and commitment to the success of HCI and the University of Utah. HCI was on the brink of losing its status as a National Cancer Institute (NCI)-designated Cancer Center when Dr. Beckerle started her position. She has, in an incredibly short amount of time, not only secured HCI as a NCI-designated Cancer Center but has also led HCI to the coveted NCI Comprehensive Cancer Center status – the highest designation possible. This acknowledges the exceptional depth and breadth of HCI research in each of the four major cancer research areas: basic, translational, clinical and population-based research. Of note, Dr. Beckerle received the NCI’s highest rating for leadership: exceptional.

"Our concern is for the future of what we have worked so hard to build, and for the promise left untapped if decisions are enacted without full consideration of their consequences and without thorough input from the faculty.

"We sign to voice our objection to this decision and the manner in which it was carried out. We are deeply concerned about the impact it will have on our future endeavors, retention and recruitment of clinicians and scientists, the mission of Huntsman Cancer Institute, and the reputation of the University of Utah. It is imperative that you immediately reinstate Dr. Beckerle to her position."