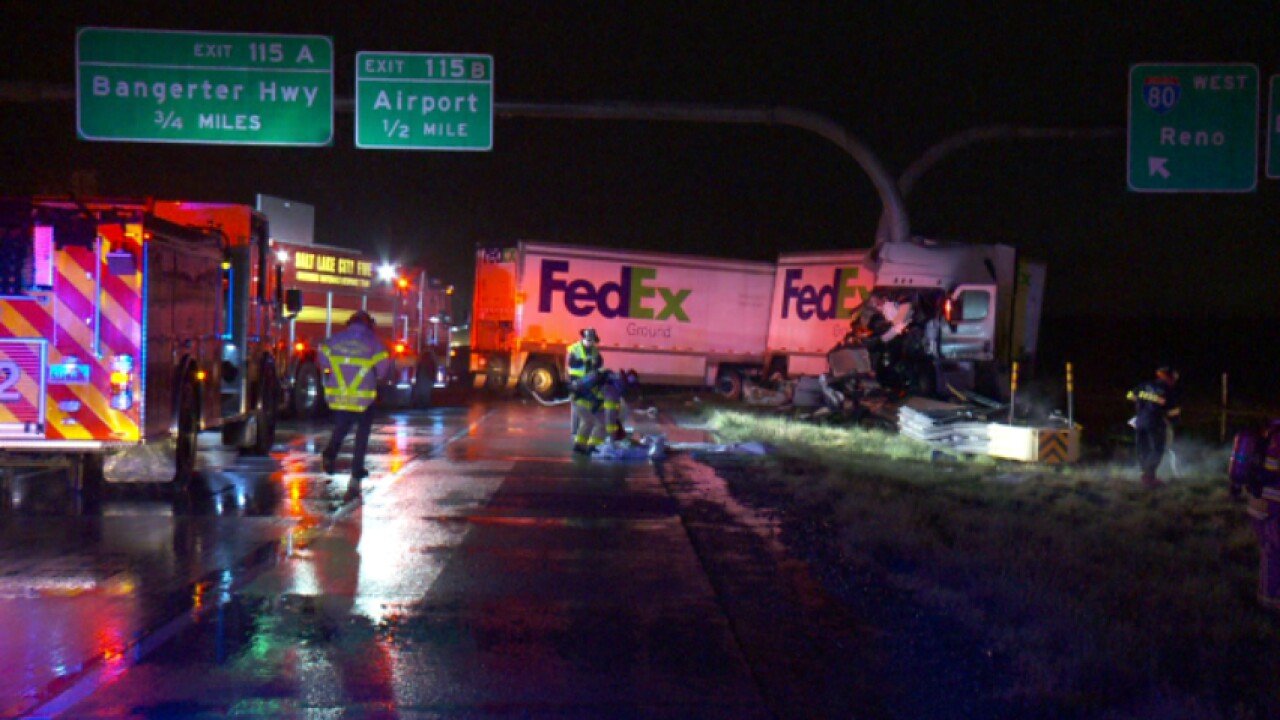 FedEx truck crash scene on I-80

SALT LAKE CITY — A FedEx truck with two trailers jack-knifed and wrapped around a freeway sign support on I-80 in Salt Lake City late Tuesday night.

According to the Utah Highway Patrol, the crash happened around 10:30 as the truck was turning a corner from I-215 near 2600 W.

“The weather was the main contributor, due to the fact the roads were so slick. That’s what we believe caused the semi to go off the road into the sign support here,” said Sgt. Brady Zaugg, UHP. “Standing water has been problematic – a lot of vehicles into the wall. This is our first semi wrapped around a pole, however.”

A hazardous materials team responded to the scene to clean up the diesel fuel that spilled. The Utah Department of Transportation reported the crash forced officials to close two lanes of traffic until about 4:30 Wednesday morning.

UHP officials said the sign support is designed to withstand crashes like this and the Utah Department of Transportation will likely investigate to ensure the area is safe.

The semi also clipped a box truck, but caused no visible damage to that vehicle. Both drivers suffered minor injuries.