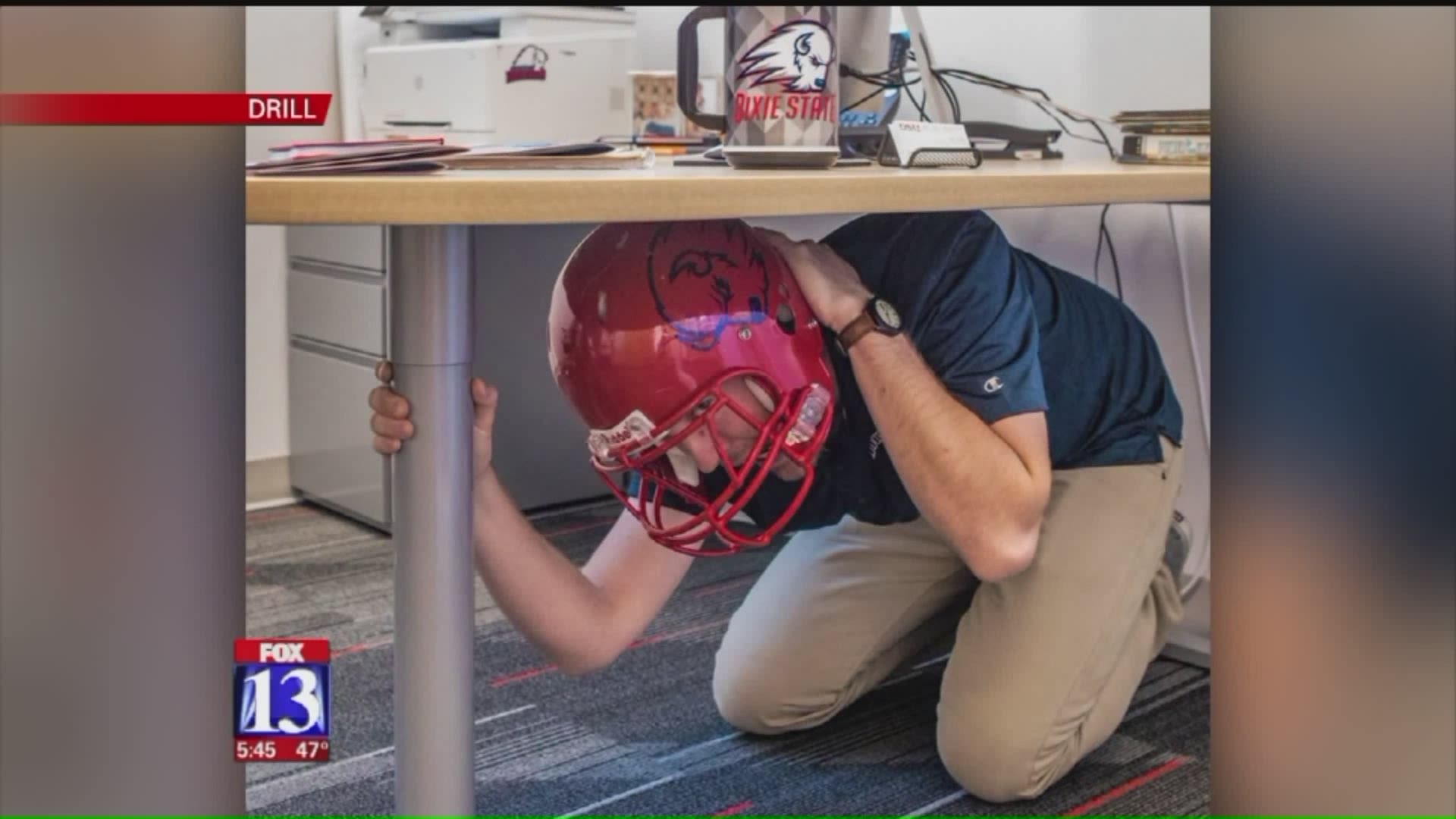 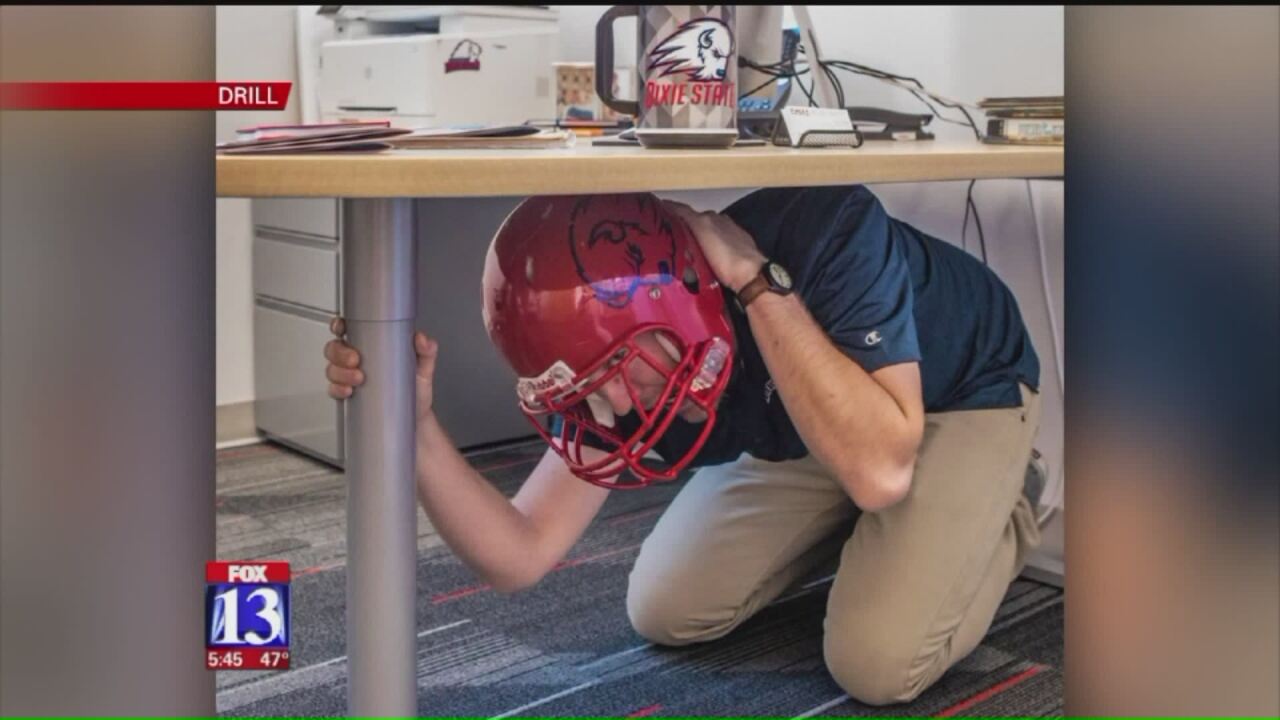 SALT LAKE CITY -- The great Utah Shakeout involved close to a million Utahns who participated in an earthquake drill and reviewed plans for what to do when the big one hits.

It's organized by the Utah Division of Emergency Services.

At the core of the drill is a simple rule to drop, cover and hold on. In other words, get under a solid piece of furniture and hold onto it in case the shaking moves the furniture itself.

Drill participants stayed under their desks or tables for a minute and then grabbed emergency kits and exited their buildings to a prearranged meeting place, where they could make sure everyone was safe.

In a real earthquake, the recommendation is to stay under the furniture until the shaking stops.

Earthquakes are impossible to predict, but geologists say a large quake along the Wasatch Front will eventually happen, likely reaching somewhere between magnitude six and seven.