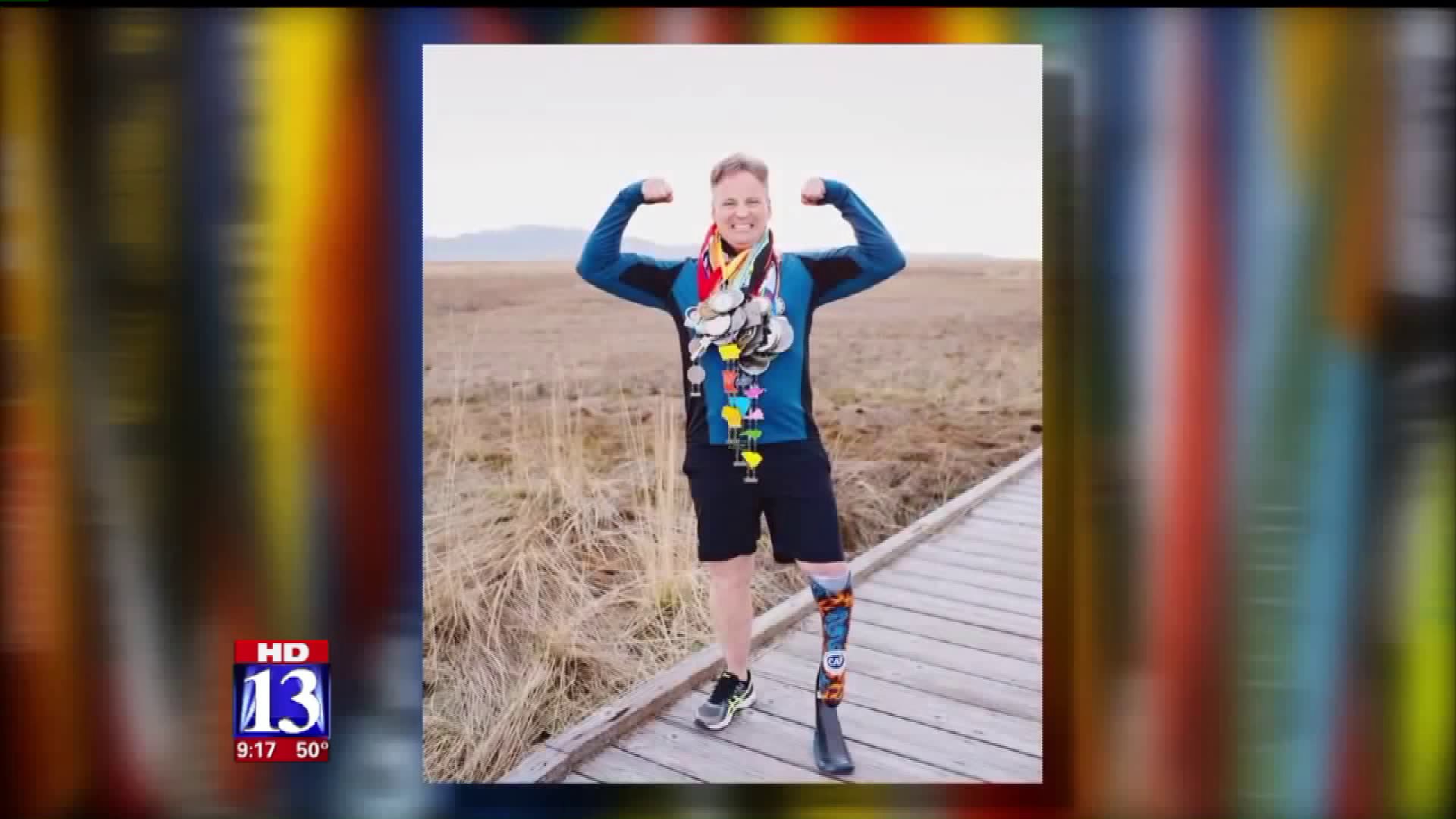 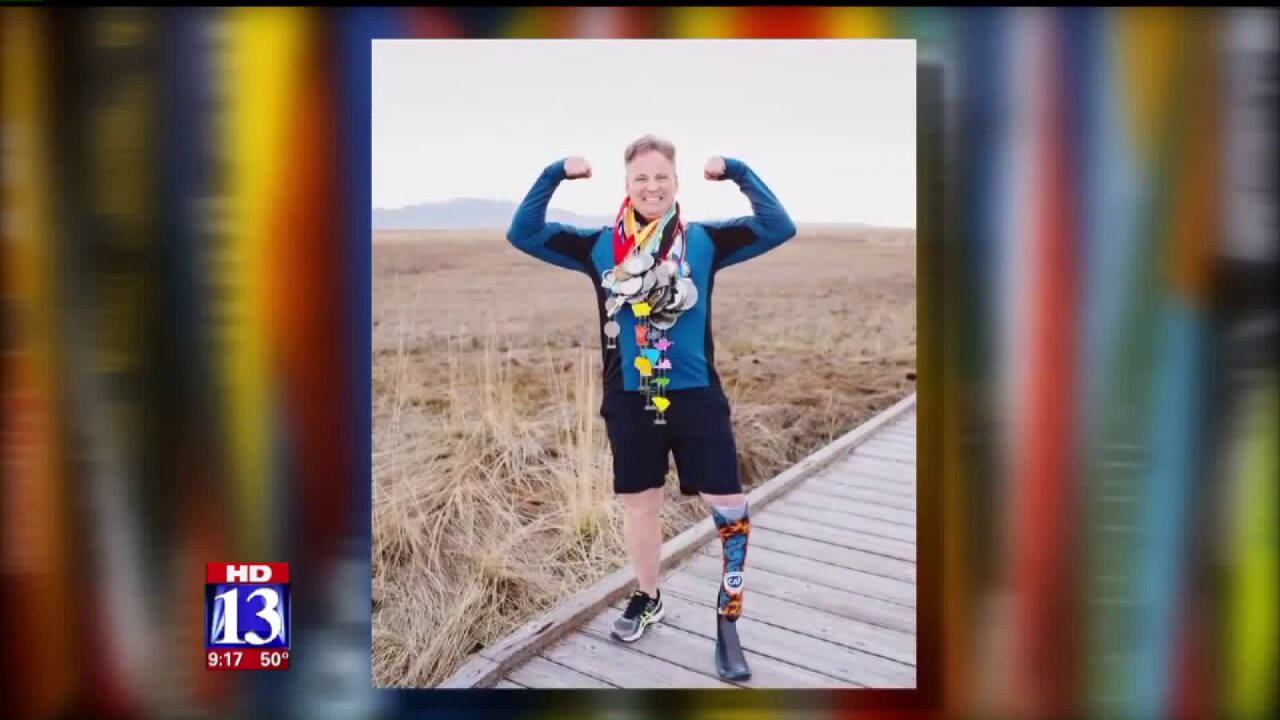 SOUTH JORDAN, Utah -- “Every one of these has some special meaning,” said 58-year-old Tim Hurst of South Jordan as he sorts through 50 medals, each from a different state.

Years ago, Tim never thought he'd ever earn even one.

“I cannot honestly believe it, and it feels like a dream,” Hurst said.

Tim lost his left leg when he was 21 in a motorcycle crash.

“I still wanted to do a marathon, even though I knew it was impossible, I still had a dream,” he said.

When Tim first started trying to run, his prosthetic leg was wooden and he couldn’t even make it a mile. Tim says the pain was excruciating, but throughout the years and miles technology advanced.

“When I finally got this,” Tim said, pointing to his running prosthetic leg. “It is just, it's like science fiction. Within a week I was going from running 3 miles to 5 miles, and within a month I was up to 7 miles every day.”

In 2010, Tim ran the Salt Lake City Marathon. He said it was a struggle enduring the 26.2 miles for the first time.

“The pain, it's really unbearable, and it's just up here,” Hurst said pointing to his head.

But Tim says he has fun running the marathons.

“Most people say that, and you cringe; you lose three toe nails, and you have sores all over for the next month,” Hurst said.

When Tim found out about the 50 States Marathon Club, where you have to run a marathon in every single state to be a member, he took on the challenge.

“I was very naive, I had no idea what this would entail,” Hurst said.

Tim's goal was never to win the race, but to test his limits.

“Anyone can do anything they want to do if they just believe in themselves,” Hurst said.

Tim became a member of the club in February after running a marathon in Florida at Disney World.

Tim has some crazy stories while running all those marathons, from thinking he saw Big Foot in Alaska to literally being chased by a bear in Montana.

Hurst was at the starting line with about 7,000 others Saturday morning to run the Salt Lake City Marathon, and he says this will not be his last marathon. He sent Fox 13 a photo after he finished the race.