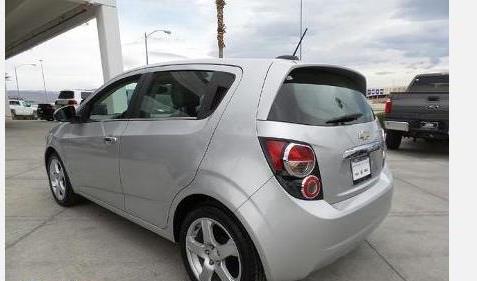 SOUTH SALT LAKE  — Police in South Salt Lake are asking the public for help as they try to locate a suspect vehicle in connection with the death of Matthew Holt.

Matthew Holt, 46 of South Jordan, was found shot to death on Easter Sunday near 3200 South and 900 West. The deceased was found in a black, late-model Mazda passenger car.

Sunday police stated they have not yet determined a motive or a suspect in the case, but they are trying to locate a silver Chevrolet Sonic hatchback that is a model year between 2012 and 2016.

Police say the vehicle was observed in the area before and after the time that Holt was shot and killed. Police provided a photo of a similar vehicle, but did not have a picture of the exact vehicle in question.

Police say there were many people on the trail around the time the homicide occurred. They ask anyone who was in the area between 11 a.m. and 2 p.m. on April 16 to contact South Salt Lake Police Dispatch at 801-840-4000.