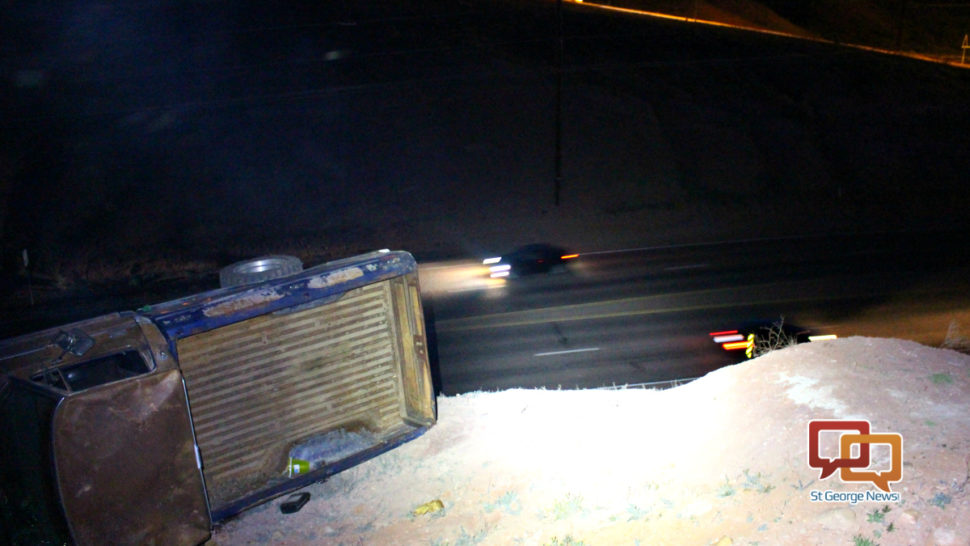 ST. GEORGE, Utah – A driver says he’s lucky to be alive after an off-roading trip took a dangerous turn in St. George.

Police were called about a truck that had rolled over and trapped three people inside over the weekend.

By the time officers arrived, everyone had managed to get out on their own.

According to the St. George News, they told police they were off-roading up a steep hill when the truck started to slide and roll.

The worst injury is a broken arm.

See the full story from the St. George News here.