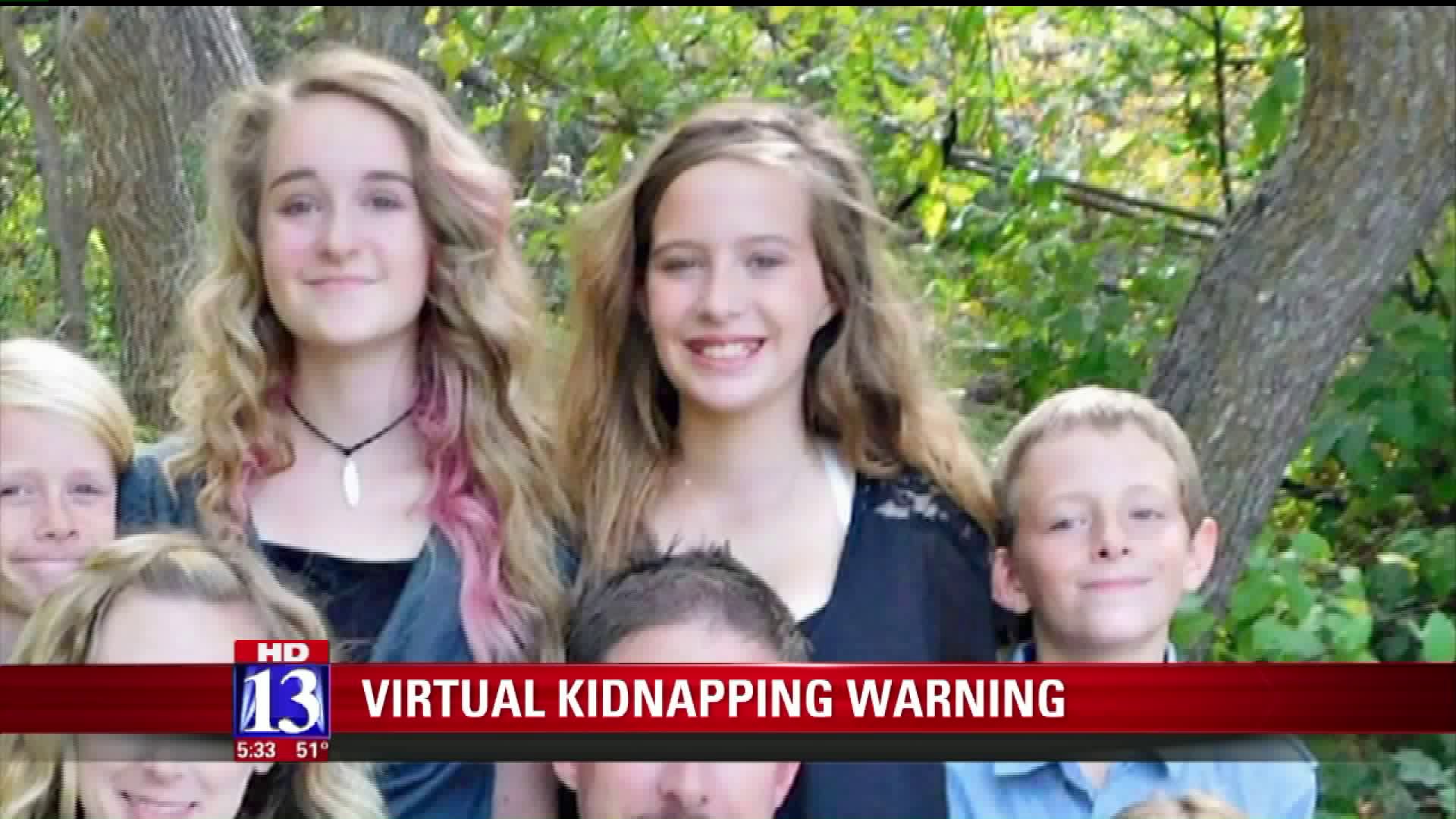 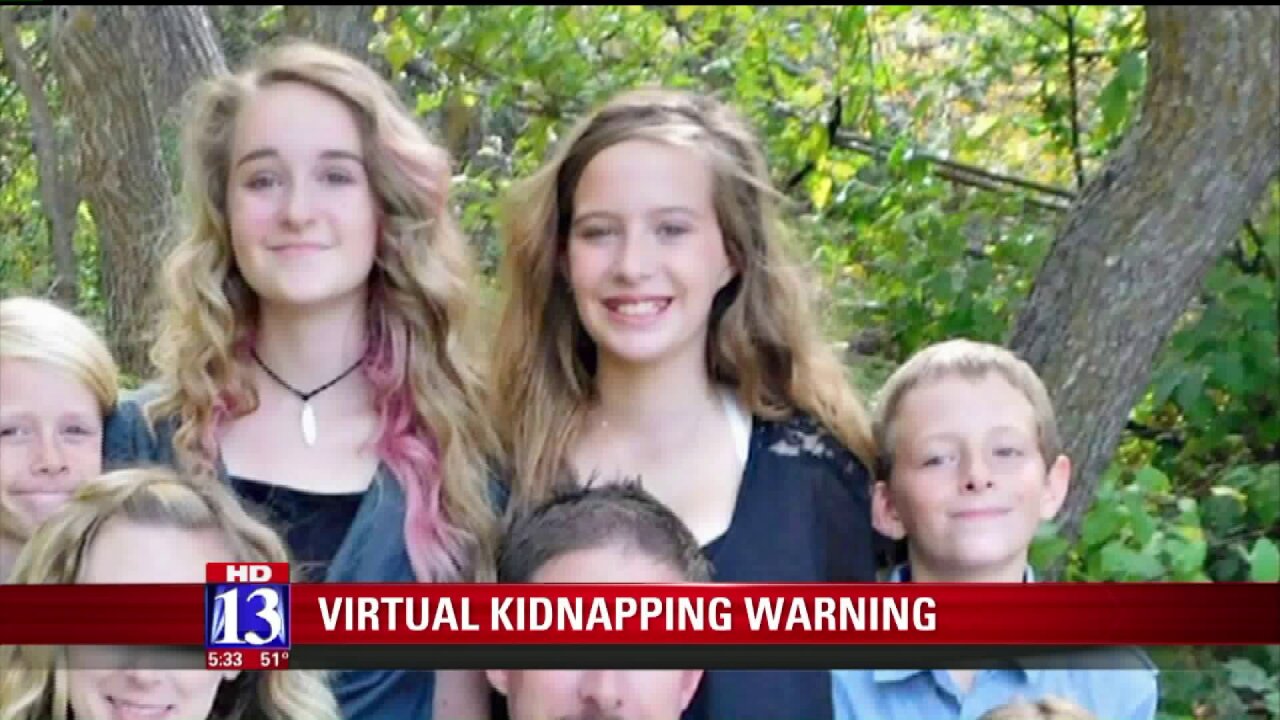 OGDEN, Utah -- An Ogden mother and father have a serious warning for parents everywhere: beware of a scam called "virtual kidnapping."

“I heard a young girl crying saying ‘daddy, daddy I'm scared,’ then the kid voice went away and a man came on and told me he kidnapped my daughter and if I ever wanted to see her again I would not tell anybody or hang up,” explained Weber. “The guy sounded serious.”

Weber asked him questions about his daughter like what is she wearing, and let me talk with her again. The man on the other end of the line refused to have the girl speak with him on the phone again.

“It scared me to death. The guy says, 'You know I'll kill her. You'll never see her again. You'll be paying for a funeral.’,” Weber said.

Weber did what he could to try to discreetly get a hold of his wife, LeeAnn Weber, to confirm their 13-year-old daughter was safe at school. Weber happened to be at work so he quietly told his co-workers to call.

“It was pretty tense. I was trying to use a phone. I couldn't even text my wife. The secretary let me borrow her phone and I couldn't even text message. Like, I was shaking so bad I couldn't push the buttons. It was so bad,” Weber said. "It's just evil. You call somebody and tell them you have the most important thing in the world to them."

Weber managed to work with coworkers to contact his wife who, along with the girl's biological mother, went to the girl's school to confirm she was safe. That meant Weber could hang up with the alleged kidnapper - finally confirming it was a scam.

“It's the most terrifying thing that a parent can go through to think that someone has your child and you don't know where they are,” said LeeAnn Weber. “You feel helpless.”

They called the police and filed a report. But Salt Lake City police said finding these virtual kidnappers is almost impossible.

A few days later, on Saturday, Weber received another call from an unknown caller. LeeAnn was with him at home and she recorded the call.

“It was nearly the exact same man with the same scam,” said Weber.

Alleged child kidnapped: “Dad I’m scared.”
Weber: "You’re scared?"
Scammer: “Tell her to stop crying, give me the phone. Hello, Jeff? I just kidnapped your daughter, you already heard her, are you going to help her out, yes or no?”
Father: “Sure.”
Scammer: “You want to help her? I don’t want you doing nothing. Don’t call the police or tell anybody else about what’s going on, all right? If I hear you tell somebody, I’m going to hang up on you and you’re never going to hear from her again.”

Weber knew not to fall for this and told the man exactly how he felt about his fake kidnapping calls.

Weber said the man told him, “Fine, I will just find somebody else to rob!”

That is when Weber realized the scammer could prey on another family. Weber has this message for parents:

“Keep the caller on the phone as long as possible. Say whatever you have to, to not hang up, and find a way to also call police and call your son or daughter to make sure they are safe and where they are supposed to be.

“It is a red flag when the scammer tells you not to call police. Call police,” said SLCPD Public Information Officer, Greg Wilkins, “The problem is these scammers know it is hard to locate them and hard to criminalize them when they fail to scam someone.”

If you want to listen and see Saturday’s scam call:

Please share this story with the video link above to show other families what to look out for when it comes to this type of threat.