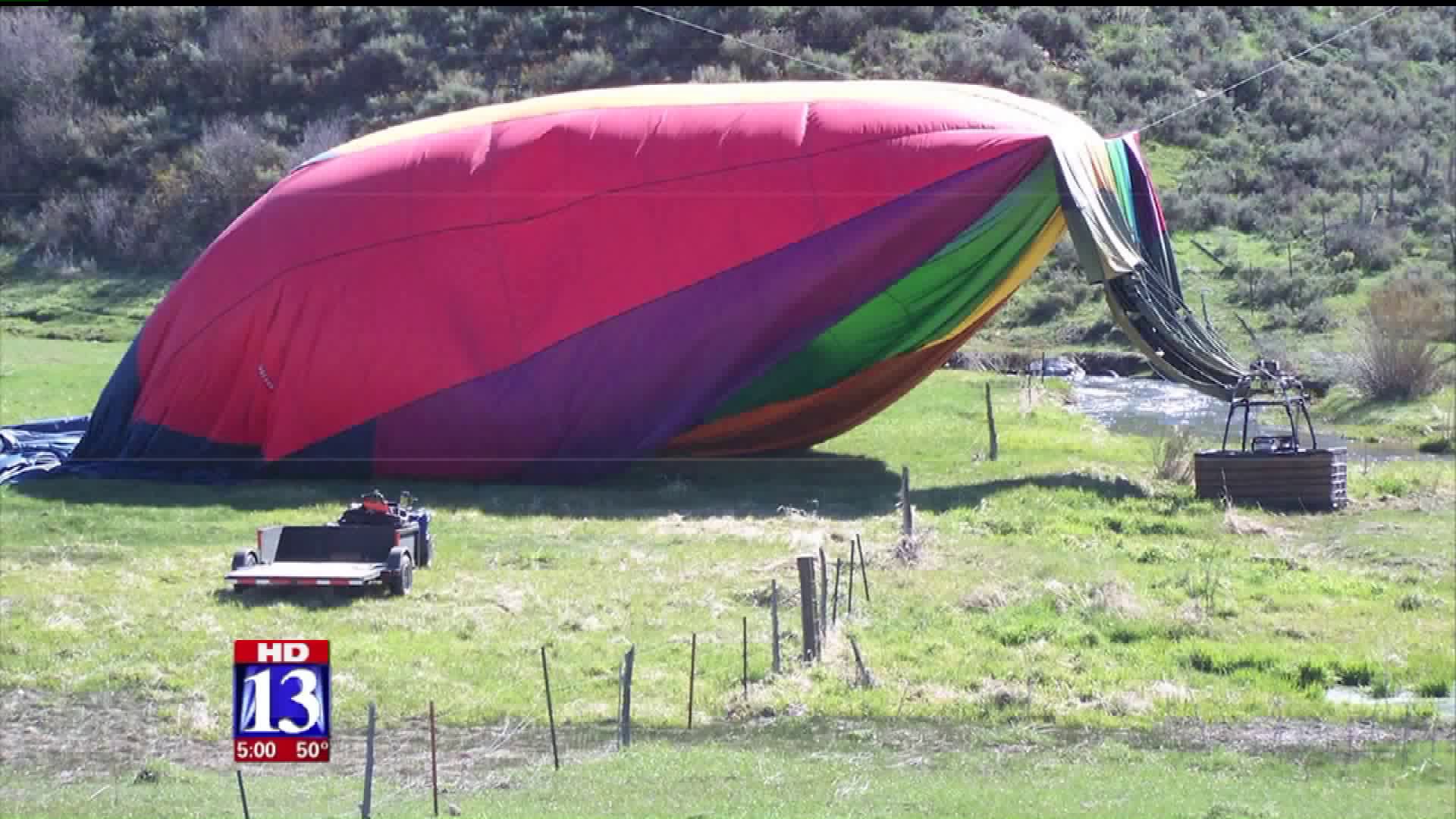 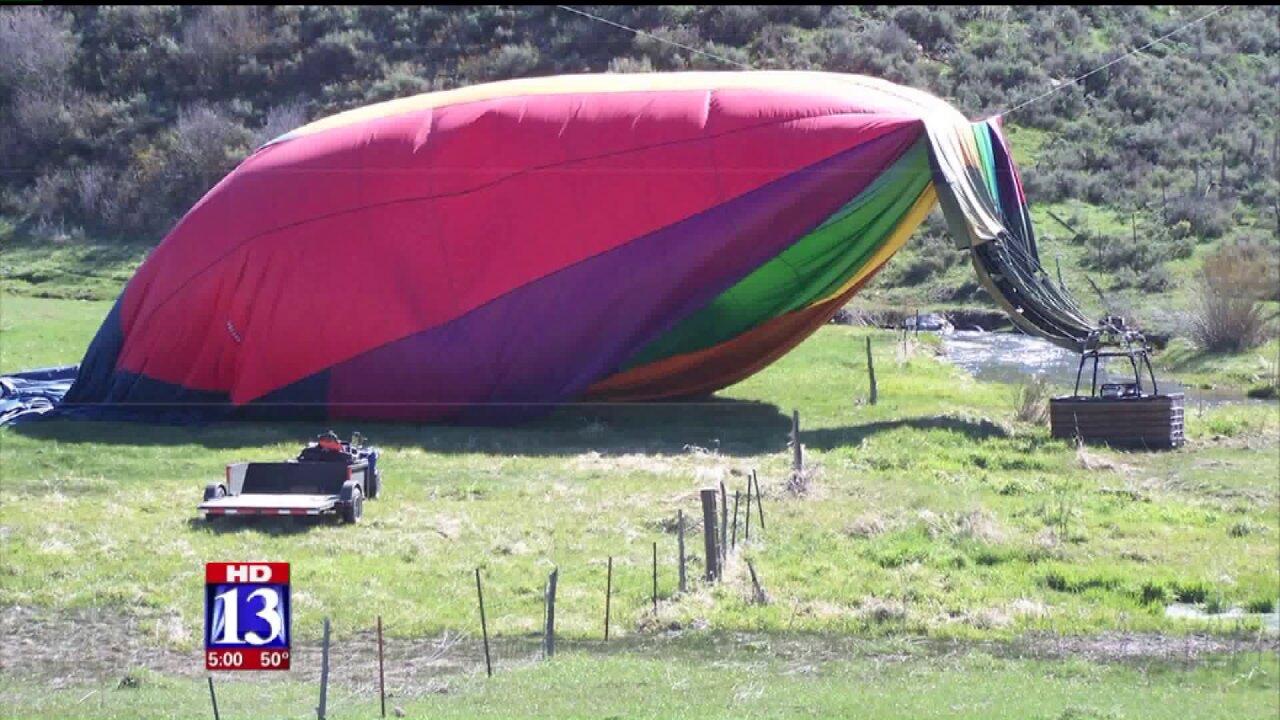 It happened around 8:30 in the morning, and no one was injured.

Park City Fire and medical personnel were the first to arrive on scene. The Summit County Sheriff’s Office said nine people were inside the balloon basket, including seven passengers and two pilots.

“One of the passengers pointed out there was a power line they were going to come in contact with,” said Lt. Andrew Wright. “They were approximately 20 feet above the ground. The pilot quickly took action and was able to deflate the hot air balloon and bring it to the ground. All nine passengers were unharmed.”

The FAA states a pilot has a couple of options when in a situation similar to this one: “burn” or “vent.”

Fox 13 News spoke with another local ballooning pilot from Morning Star Balloons, Daren Wilde. That company was not involved in the crash on Saturday.

Wilde said the pilot did exactly as he was supposed to do and followed protocol. He got everyone inside the basket to stay inside and get low to the ground. He also used the emergency method called “venting.”

“Venting is when the pilot pulls on the vent that releases air from inside the balloon and makes you descend,” Wilde said. “If a pilot was to ‘burn’, that means he is pumping more air into the envelope to make the balloon go higher.”

By venting, the Utah pilot in the crash on Saturday was able to reduce the pressure on the power lines upon impact. The Park City Fire Department did say the pressure from the balloon, even after venting, did cause the transformers to explode. However, the electric shock risk was lowered.