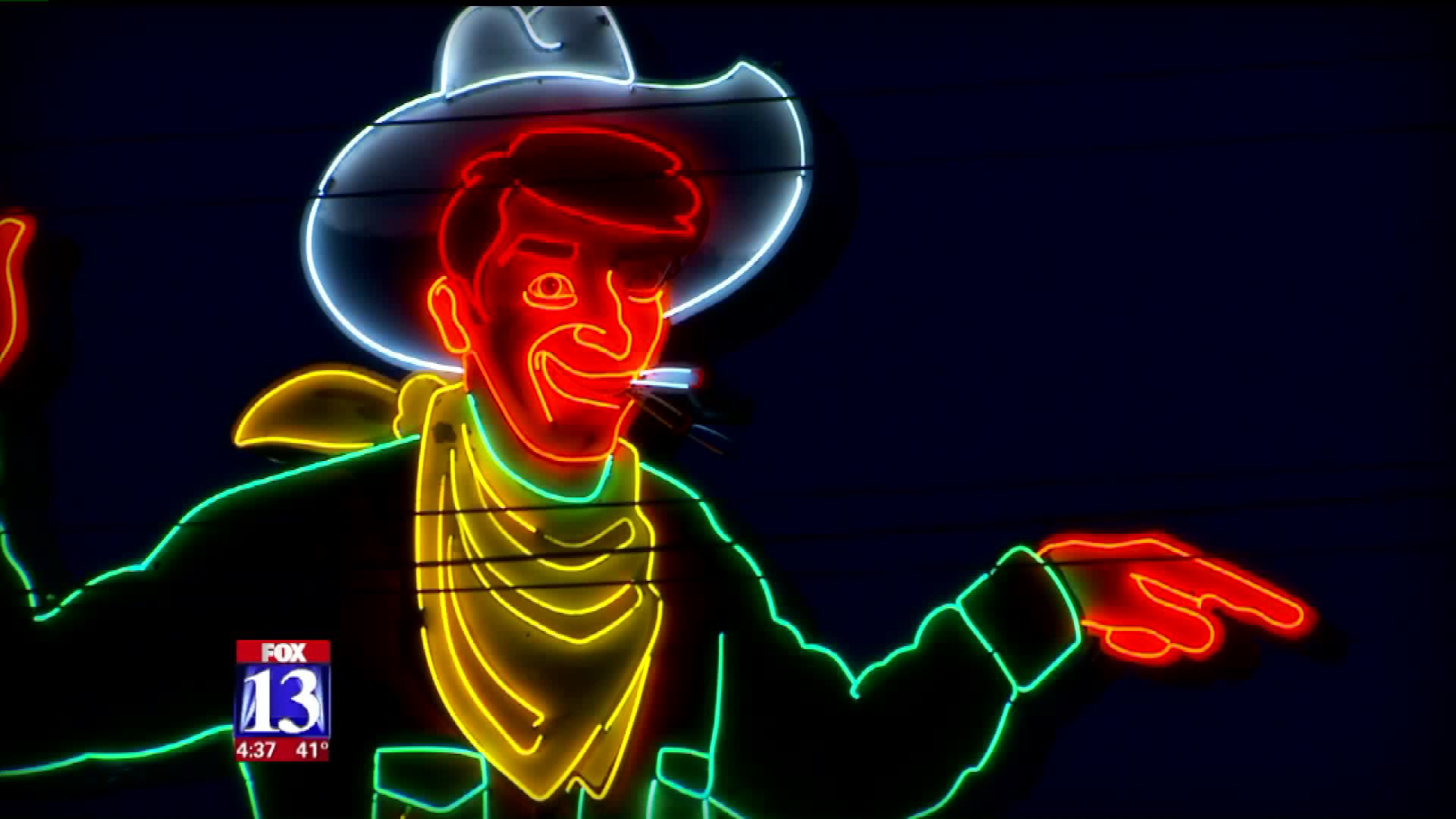 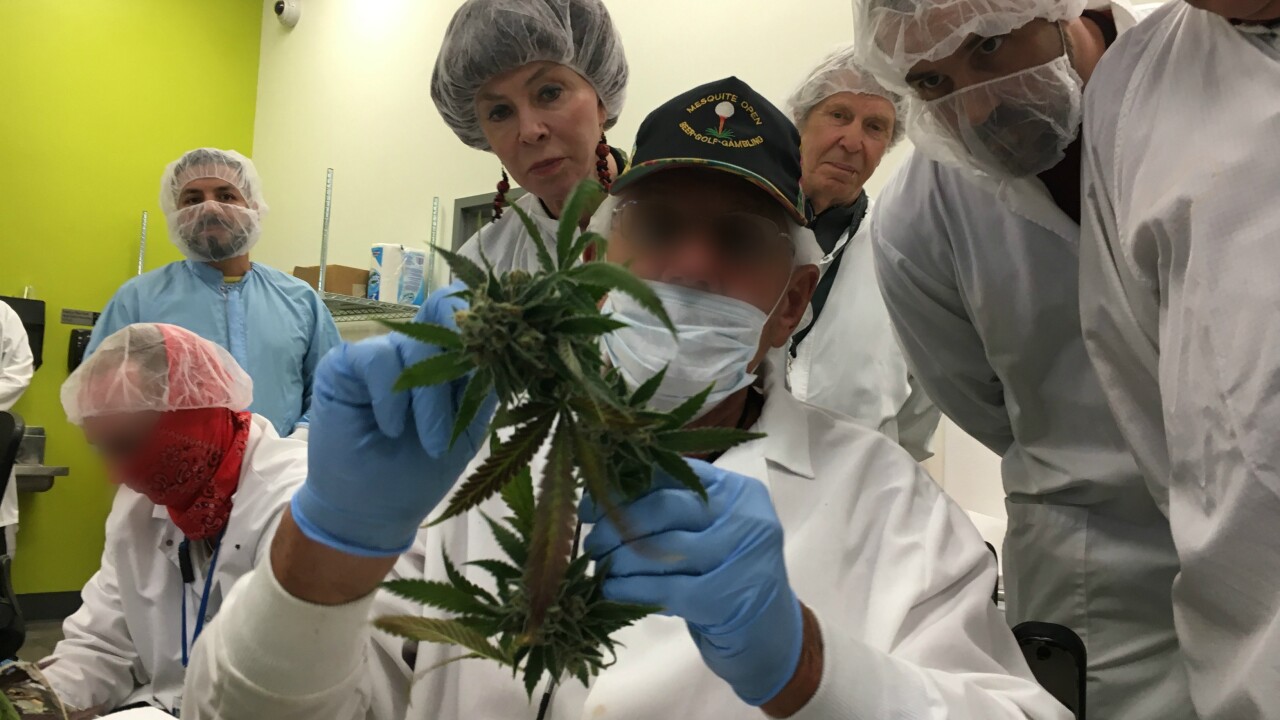 WEST WENDOVER, Nevada -- The neon lights of the casinos beckon you across the border for a little weekend fun.

Located right on the state line, this town of about 5,000 balloons to about 20,000 on weekends. People, mostly from Utah, arrive to drink, gamble or take in a concert. Now, city leaders are looking at another potential income source: marijuana.

"I have reservations, but I think it would be a good asset to the city for number one, revenue, and, for those that need it, medical marijuana," West Wendover City Councilman Jerry Anderson told FOX 13.

The West Wendover City Council voted unanimously last week to begin the process to draft an ordinance to allow for marijuana sales. Initially, city leaders said they are looking at allowing a medical marijuana dispensary. However, the ordinance could also open the door for recreational marijuana sales, if they so choose.

In an interview with FOX 13, West Wendover Mayor Danny Corona said he would like to see recreational marijuana sold here and is not opposed to "pot tourism."

"They're already coming out here to drink and gamble," he said. "They might as well come out here for recreational marijuana."

Corona was elected mayor last year and attributes part of his win to his outspoken support of Question Two, Nevada's recreational marijuana vote. It passed in West Wendover with 54 percent of the vote (but failed in Elko County by a similar margin).

Medical marijuana has been legal in Nevada since 2000, but West Wendover declined to pursue it at the time.

"The more people are learning about it, the more socially acceptable it is," Corona said. "Sixteen years later, it's finally something the people of West Wendover, I think, can get behind."

The West Wendover City Council is being deliberative about how it implements an ordinance. FOX 13 accompanied the council as they toured Mesquite's lone medical marijuana dispensary, Deep Roots Harvest. Located behind a secure gate, the facility sells to patients with a medical marijuana card.

Donning cleanroom suits and wearing hairnets, the council was shown the process from seed to sale. They walked through various strains of cannabis plants, watching employees pick the buds and package them, and learning how edibles and oils are made.

"I was definitely impressed with how they regulated everything," Anderson said. "It was safe, very sanitary."

Mesquite City Councilman Geno Withelder accompanied his colleagues on the tour. He praised Deep Roots Harvest as being "absolutely wonderful for the city."

Withelder said Mesquite has a large "snowbird" population of elderly people who spend winters there, some of whom take advantage of medical marijuana. It also has turned into a major revenue stream for the border town. The Mesquite City Department of Finance told FOX 13 that Deep Roots Harvest will pay $200,000 in licensing fees alone, in addition to a three percent sales tax on marijuana purchases.

Withelder was vocal in his support of allowing Mesquite to go recreational.

"It's not going to go away. It's law, it's been voted on by the people," he said. "We might as well control it, patrol it, tax it and take the money to the bank and get on with our lives."

An employee at Deep Roots Harvest shows West Wendover City Council members how they harvest marijuana for their products. The faces of the employees have been blurred at the request of the company. (Photo by Ben Winslow, FOX 13 News)

"We look forward to continuing to serve our local patient base here in Mesquite as well as being able to serve the residents of Mesquite within the State of Nevada's adult use cannabis program," Breeden wrote.

With Question Two now law, the Nevada State Legislature is now hammering out the regulatory details including the taxing structure and where it can be consumed. That is not expected to be finalized until June. (The Nevada Gaming Commission has already prohibited casinos from allowing recreational marijuana, citing federal laws on cannabis.)

West Wendover's City Council authorized their city manager to begin drafting an ordinance. It will go through a series of readings with a final vote anticipated in late July or early August.

In Utah, many people have been contemplating a run for the border ever since Question Two passed in November. Among them, Doug Rice, a retired firefighter from West Jordan. His daughter, Ashley, has a rare disorder known as Angelman Syndrome, and was among the first to get what is allowed in Utah -- a cannabis extract.

He told FOX 13 he has taken his daughter to Colorado, where they legally purchased products with THC, the active ingredient in marijuana.

"We're purchasing recreationally for a medicinal use," he said.

"We can't bring it home with us because the first time we do that, we're criminals," Rice said. "We would only use it when we're in Colorado."

Rice is critical of the Utah State Legislature, which has so far taken small steps to address medical marijuana. (A bill that would have implemented it was not pursued this year.) A member of Together for Responsible Use and Cannabis Education, Rice is supporting a 2018 ballot initiative.

He also noted that Nevada is a lot closer. The nearest recreational marijuana shop in Colorado is in Silt, which is a five-and-a-half hour drive -- compared to a 90 minute drive from Salt Lake City to West Wendover, or a 45-minute drive from St. George through the Virgin River Gorge to Mesquite.

"I wouldn't have a problem going to Mesquite," Rice said. "Wendover's closer. But Mesquite's a prettier ride."

But just like alcohol, anyone who dares bring marijuana back into Utah would be committing a crime. Mayor Corona noted that on Sundays, the majority of license plates in West Wendover's liquor stores belong to those from Utah.

If West Wendover decides to pursue recreational marijuana, they might not be able to prevent it from happening.

"People are obviously going to do it," Corona told FOX 13. "I'm not, obviously, advocating for it. I just think that it's something we're not going to stop. We're worried about West Wendover, Nevada. We're not worried about what effects it has on Utah."