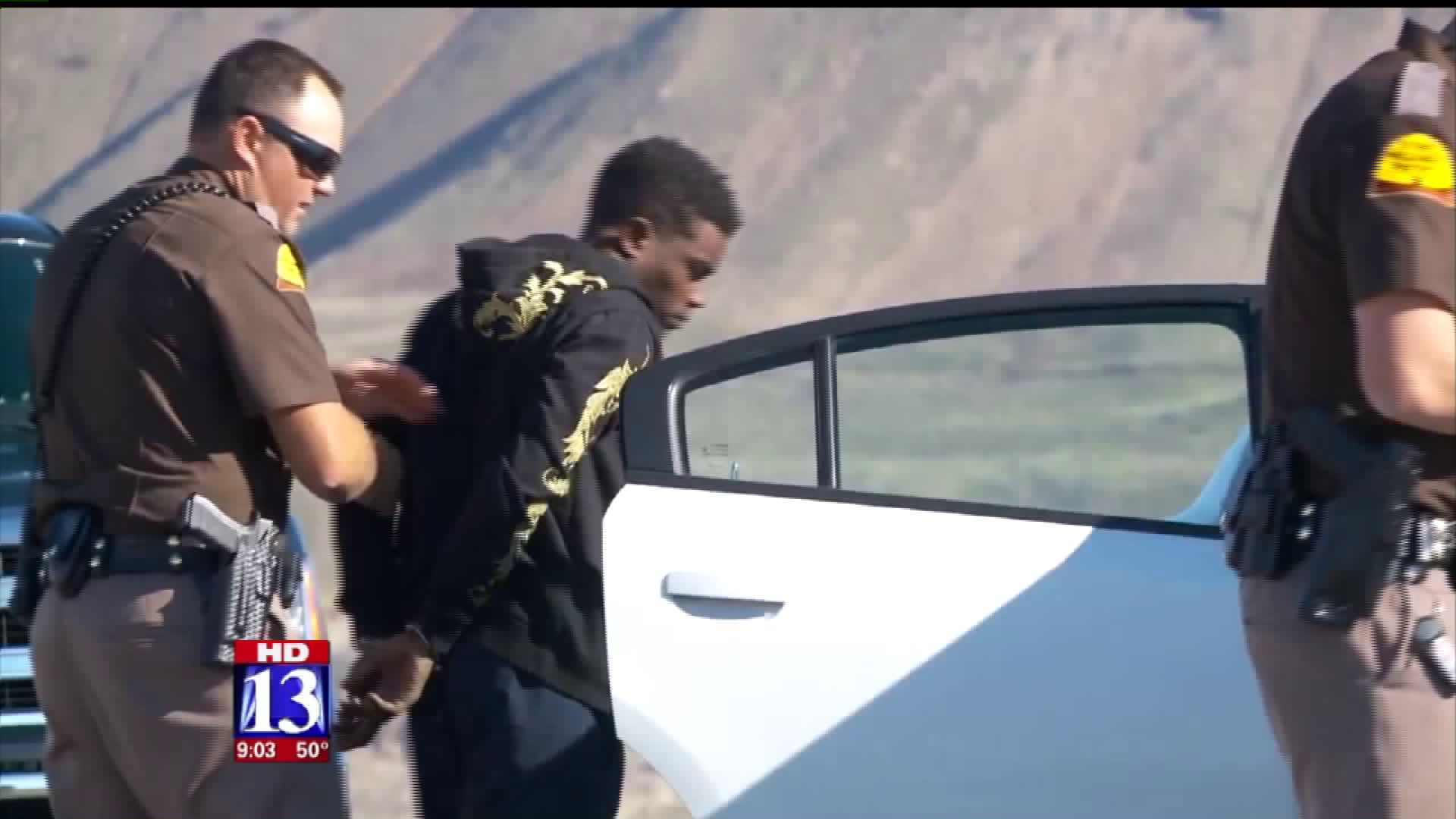 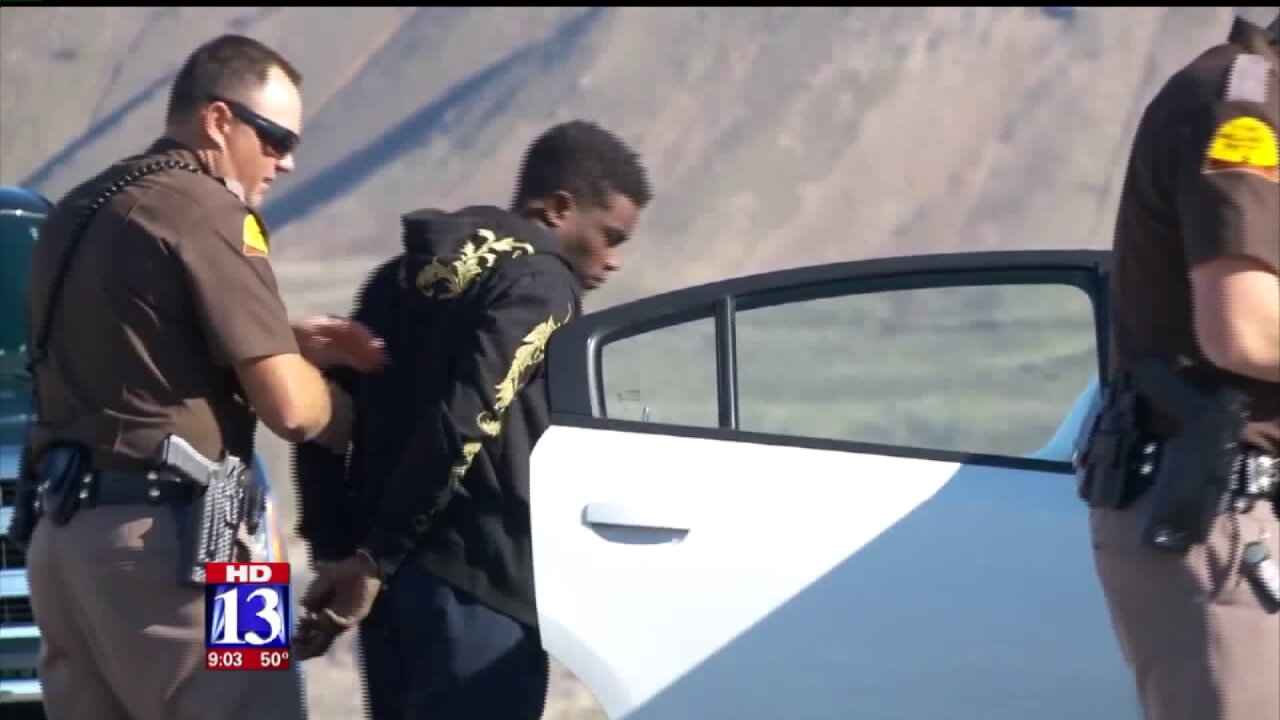 TOOELE COUNTY, Utah -- What started as a routine traffic stop turned into an all-day manhunt for two suspects.

From helicopters to K9 units, several law enforcement agencies scoured the mountains between Salt Lake and Tooele Counties. Both men are now in jail.

It all began on I-80 West 10:30 Saturday morning at mile marker 100 near Saltair. A UHP trooper pulled over a car for making an illegal lane change. Inside the car were three men and 14 pounds of marijuana.

"Two of the passengers fled from the vehicle, we were able to apprehend the driver and take him into custody," said Lt. Beau Mason with UHP.

A Good Samaritan, who heard the suspect's description, called UHP and reported seeing a man running through an area of thick brush along the highway about a mile from where the car was pulled over.

"We want to give them the opportunity to give up, so we had a trooper sitting here on the PA identifying ourselves as police," said Mason. "We don't know if he's armed, we don't know what he has, we don't know whether he just wants to fight."

Thanks to special infrared technology, a DPS helicopter was able to sense movement and troopers swarmed in to make the arrest.

"He was laying near some brush, to where I mean we had him surrounded, and none of us could see him and the officers had to be right on top of him before they found him," Mason said.

As they guided the suspect out of the shrubs it was evident he didn't have a weapon, in fact he didn't even have shoes.

"I think he was a little tired and ready to give up," Mason said.

The other suspect ended up in a scenic overlook parking lot between Salt Lake and Tooele Counties, where he asked a stranger for a ride.

"This guy thought he was doing somebody a favor, and he was picking up a criminal that was fleeing police at the time," Mason said of that stranger.

The man ended up dropping the suspect off at a Tooele gas station. He later realized the person he gave a lift to was wanted by police. Troopers arrested the suspect at the gas station trying to call a taxi.

"That Samaritan, the timeliness of it, we had troopers in the area, had he been able to get in that taxi and leave we may not have been able to catch him," Mason said.

UHP said Saturday is a great example of how law enforcement and the public can work together.

"Without the public support and without good Samaritans calling in and giving good information, we may not have apprehended either one of these two," Mason said.

UHP said people can also learn a lesson from Saturday's events. Giving strangers a ride can be very dangerous and is not recommended. You never know who may be getting into your car.