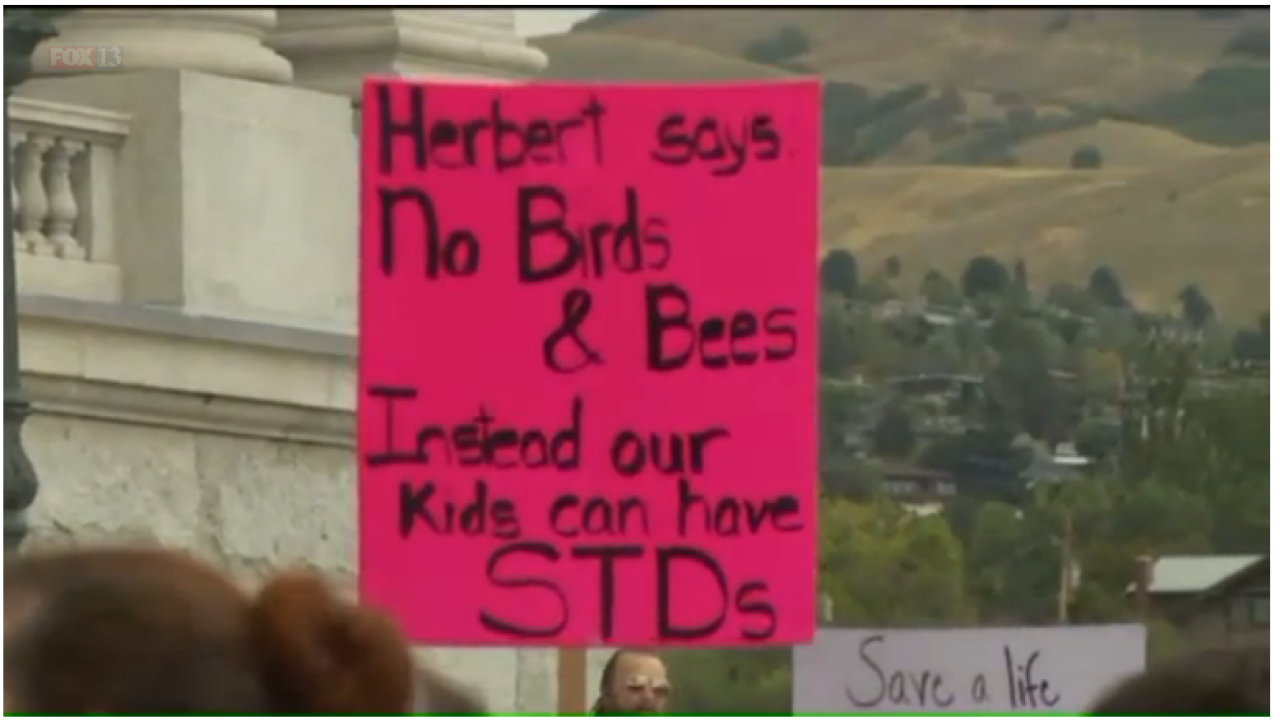 A sign at an October 2015 rally in support of Planned Parenthood.

The proposed injunction, filed Friday night in U.S. District Court, is an about-face for the governor who had been locked up in litigation with the reproductive rights group.

Under the terms of the agreement, Governor Gary Herbert and the Utah Department of Health “are permanently enjoined from defunding or denying funding to the Plaintiff (Planned Parenthood Association of Utah) on impermissible constitutional grounds, including the Plaintiff’s provision of or advocacy for legal abortion; or the Plaintiff’s association or affiliation with the national Planned Parenthood organization or its affiliates, or other organizations with which the Plaintiff affiliates or associates to provide for the advocacy of legal abortion.”

The court filing says this does not mean Utah has to renew any contracts or issue new contracts to Planned Parenthood.

The proposed injunction brings an abrupt end to a lawsuit that began in 2015, when Governor Herbert blocked Planned Parenthood from getting federal “pass through” dollars. He was reacting to a series of videos posted purporting to show national Planned Parenthood executives discussing the sale of fetal tissue. Planned Parenthood said the videos were heavily edited and misleading (and the makers are now facing criminal charges).

Planned Parenthood Association of Utah, which provides after school sex-ed programs and STD testing, sued the governor claiming he cut them off because of his personal views on abortion. They won a temporary restraining order, but a federal judge in Salt Lake City ultimately sided with the governor. Planned Parenthood then won the restraining order again at Denver’s 10th U.S. Circuit Court of Appeals.

“This agreement demonstrates the state’s ongoing commitment to and practice of not terminating contracts for unconstitutional reasons,” Governor Herbert’s Communications Director, Paul Edwards, said in a statement to FOX 13 on Saturday. “That commitment, coupled with policy changes by the national Planned Parenthood organization, make it appropriate for our Health Department to move beyond this distracting litigation in order to focus on its mission of promoting the health and well being of all Utahns.”

An email seeking comment from Planned Parenthood’s attorneys was not immediately returned.