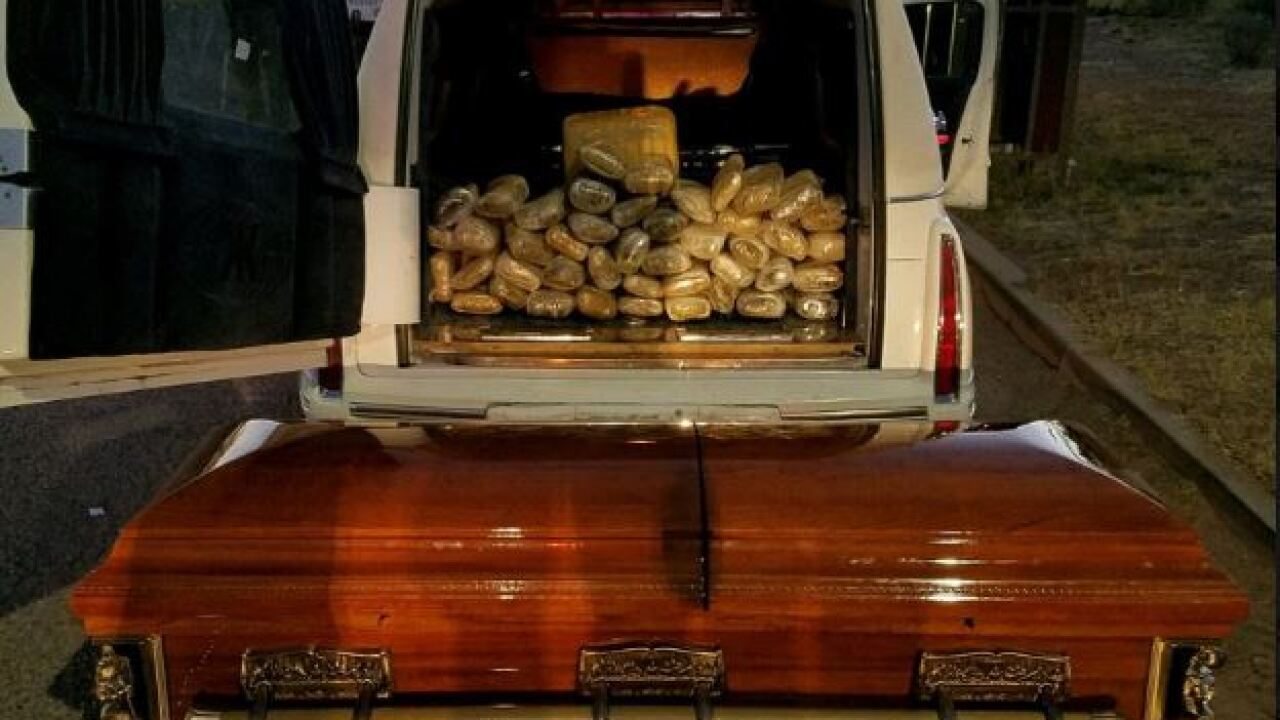 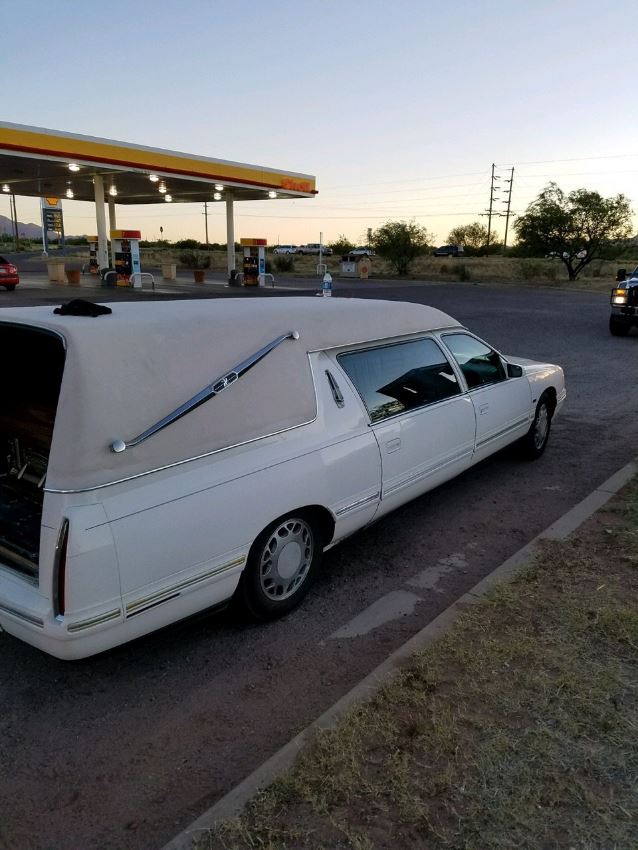 TUCSON, Ariz. — Border Patrol Agents stopped a hearse near Tombstone, Arizona Saturday evening at an immigration checkpoint and discovered 67 pounds of marijuana hidden inside a casket.

According to a press release from U.S. Customs and Border Protection for Arizona, agents working an immigration checkpoint spotted a white hearse traveling north of Tombstone and ultimately conducted an immigration vehicle stop at the intersection of Highway 90 and Highway 82.

Border patrol agents encountered “several inconsistencies” during the stop and requested a canine unit. The dog alerted agents to the presence of drugs, and a search yielded 67 pounds of marijuana concealed inside the casket in the hearse.

There were also several bags of manure in the load, which border patrol agents say was an attempt to disguise the smell of the marijuana.

The hearse and drugs were seized by authorities.

The driver, a 28-year-old U.S. Citizen whom authorities did not identify, was arrested for alleged narcotics smuggling.

“Transnational criminal organizations use a wide range of techniques to smuggle both humans and narcotics into the United States,” the press release states. “Citizens can report suspicious activity to the Border Patrol and remain anonymous by calling 1-877-872-7435.”