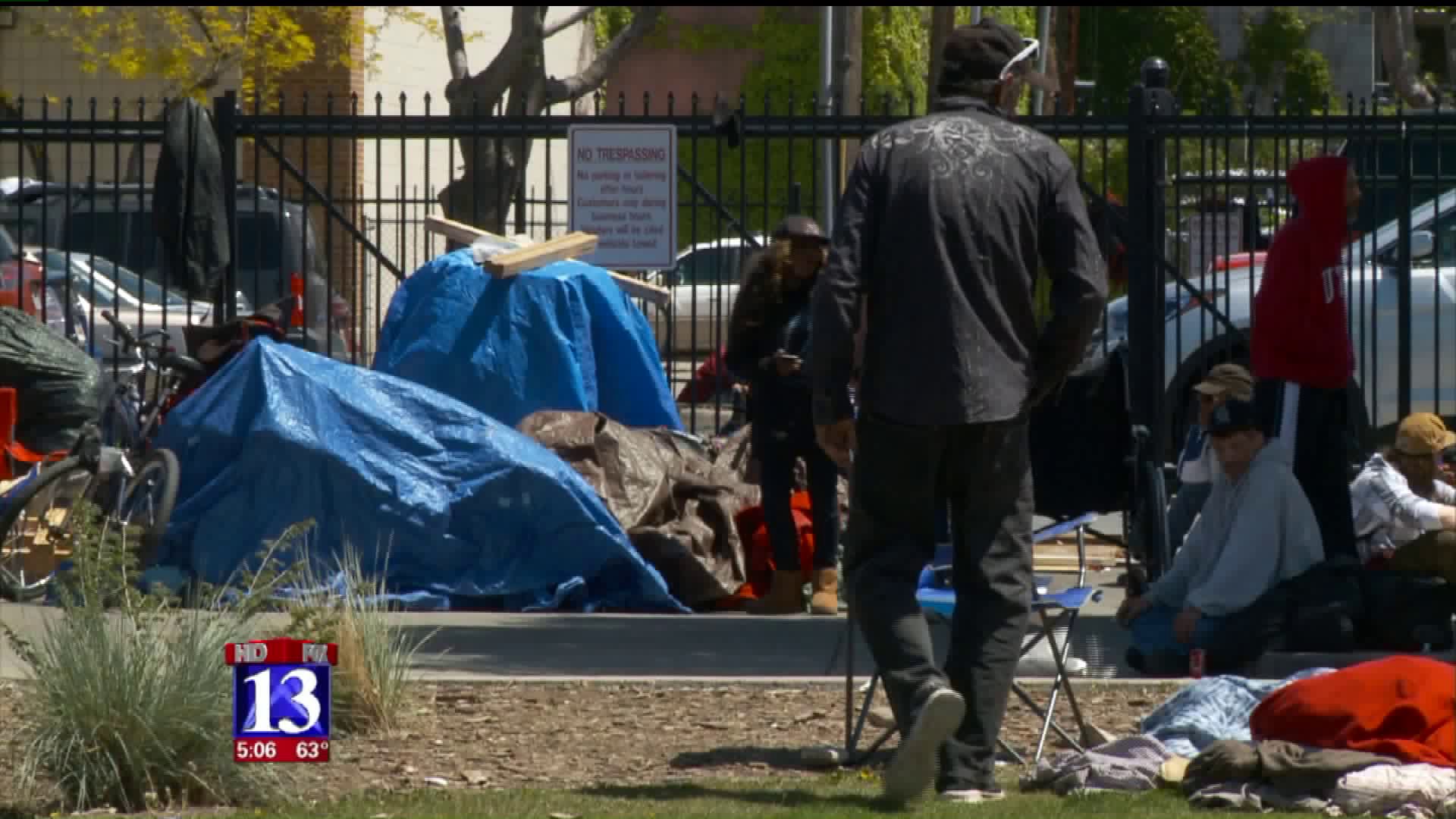 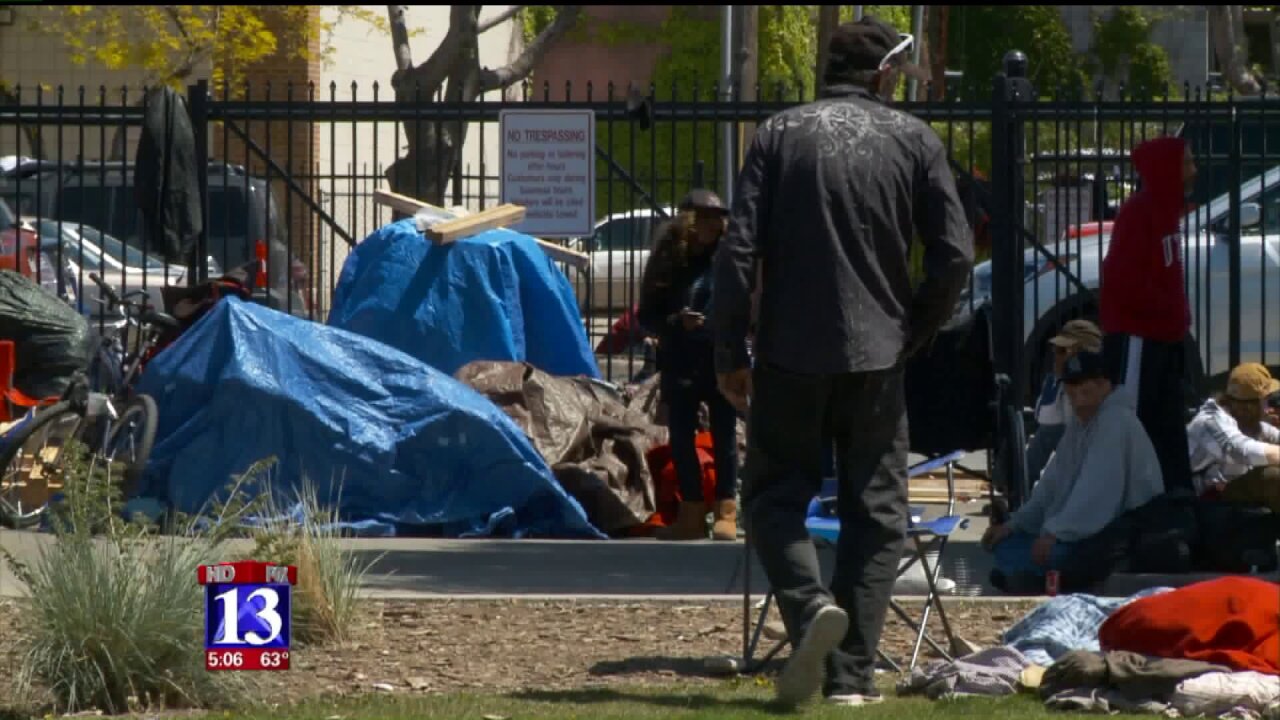 SALT LAKE COUNTY – A new plan was unveiled to combat crime in the Rio Grande area and keep the right people behind bars.

The plan involves more jail beds and a lot of taxpayer money.

Salt Lake County Mayor Ben McAdams rolled out a new plan aimed at cleaning up crime in the downtown area.

“Our capital city is unsafe for families and individuals who are living or visiting there. It’s also not safe for the homeless who are not part of the criminal element,” said McAdams.

The Salt Lake County jail is overcrowded and opening Oxbow Jail is not an option.

So, McAdams says the county will contract with other counties to house inmates. He’s asking the Salt Lake County Council to approve $700,000 to open up jail space in other counties, which comes out to $52.50 per inmate, a day.

The council will vote on the proposal on Tuesday.

While the legislature approved $2.8 million to help pay for half of those costs for up to 300 beds, that money doesn’t kick in until July. But leaders say, they can’t afford to wait.

“We are in a crisis like a flood. We are overwhelmed with a number of human beings that need occupancy in the jail. We've been in that situation for a number of years,” said Salt Lake County Sheriff Jim Winder.

In a statement, Speaker of the House, Greg Hughes ( R ) said:

"As I stated in my opening remarks this past legislative session, homelessness is a statewide issue and every community has a role to play. We must protect the most vulnerable amongst us by arresting the wolves who prey upon them. Today's announcement is another key step to address this issue. I'm encouraged and supportive of the plan to address the jail bed situation in Salt Lake County and remain a committed partner in solving this crisis."

Salt Lake County Attorney, Sim Gill says with 17,500 felonies screened by his office in 2016, the solution goes beyond just incarceration.

“This is an expansion of a resource we already have. But it is also a systemic challenge. This helps us address the immediate issue but we need to be cognizant that this is a system-wide approach,” said Gill.

“It’s been extremely difficult. We’re actually attracting more crime based on this restriction,” said Brown. “We don’t want addiction to be all about jail space. We really want to hold those dealers accountable for coming down here and taking advantage of a very vulnerable population.”

They issued a joint statement:

"We thank Salt Lake County leaders for coming together and fulfilling their responsibility to provide adequate jail space to law enforcement in Salt Lake City and around the Valley. We’d also like to thank the State Legislature for helping to lead this conversation and providing the County with a clear path forward. Partnerships like this are critical in providing resources to those who are working to solve problems in the Rio Grande neighborhood everyday.

"Our greatest thanks goes to the officers and staff of the Salt Lake City Police Department, Salt Lake City Fire Department, Public Services, and other City agencies who have been highlighting the need for jail resources for nearly a year. Over the last few months, the Mayor’s Office, Police Department, and members of the City Council have spoken with--and even toured the Rio Grande area--with legislators, County Council Members, and other elected officials to highlight the critical need for jail space.

"No law enforcement agency in the State is more equipped to deal with the unique situation that exists in the Rio Grande area. Our officers want to hold accountable those who are breaking the law, and compassionately help those in need. When given the resources to do their jobs fully, they can create real change in the area.

"Salt Lake City will also continue to do its part when it comes to creating change in the Rio Grande area. As part of the Mayor’s budget recommendation, nearly $2.5 million will be prioritized for homeless services and mitigation efforts surrounding the shelter. These dollars will go to ensure those experiencing homelessness have access to the help they need, expand on successful programming in the area, and make environmental changes to help deter criminal behavior. This funding includes $685,000 to match County funds spent on Operation Diversion to keep this successful program going.

"Our efforts to address these issues must continue to be collaborative and open. In the coming weeks, the City and County will announce additional initiatives to amplify the work already being done by the City. When leaders from Salt Lake City, Salt Lake County, and the State come together and take responsibility for the roles we have, we create opportunities for lasting and meaningful change."