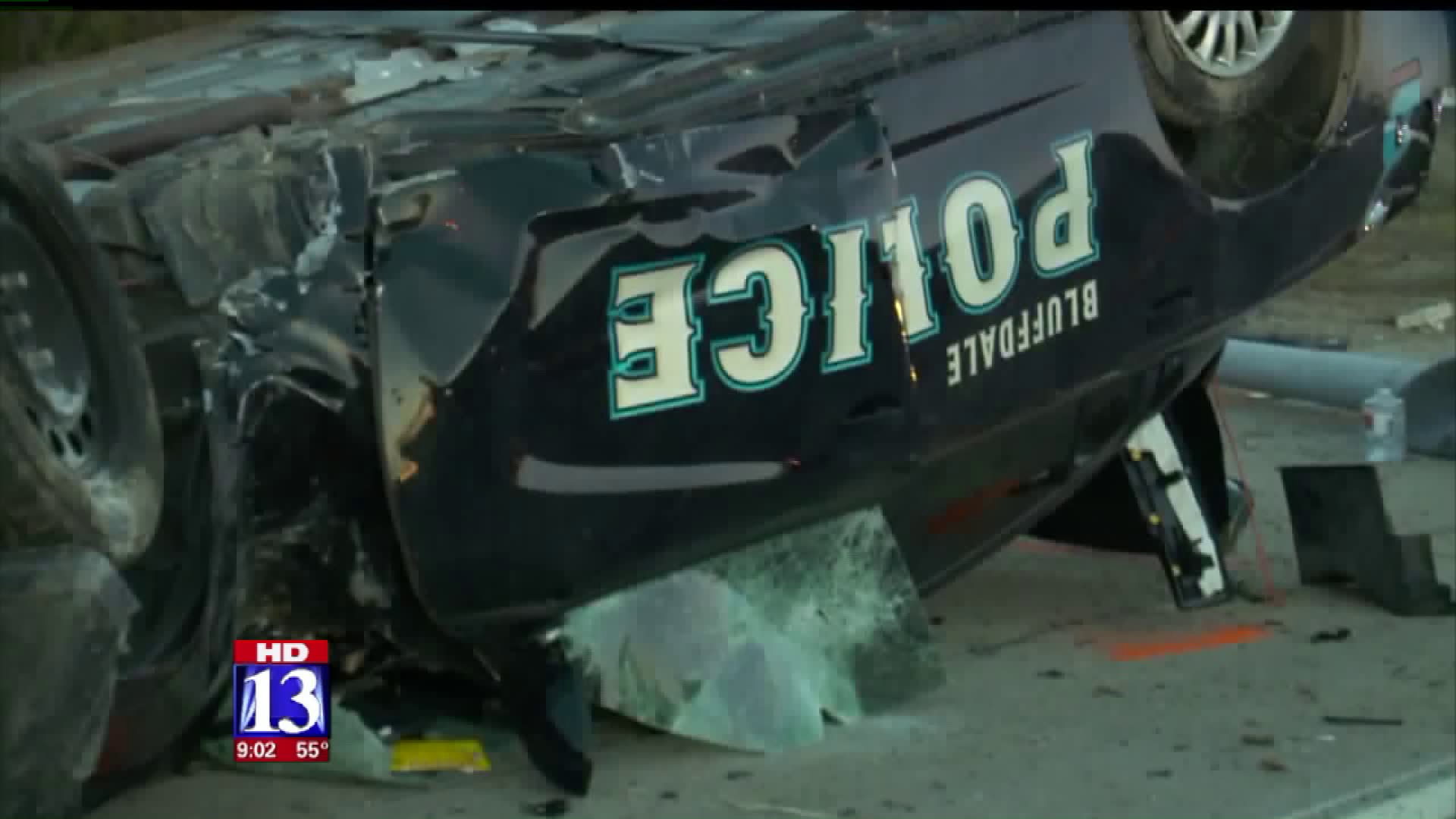 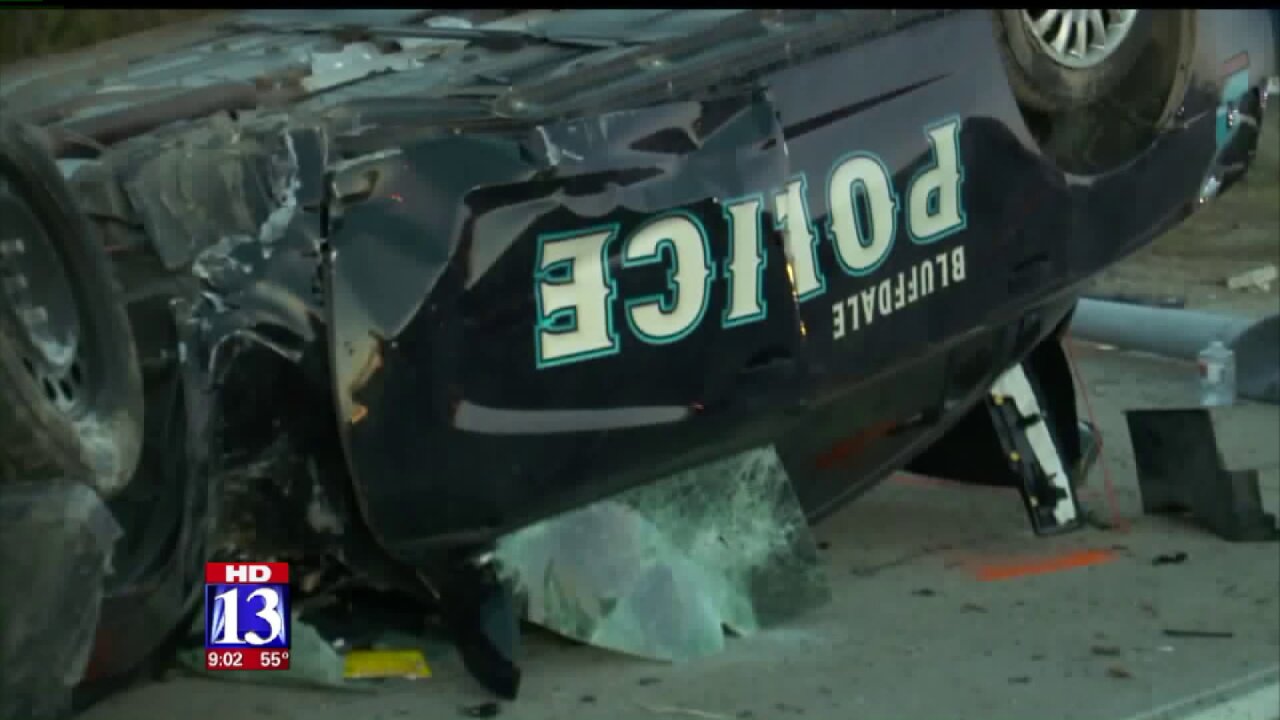 SARATOGA SPRINGS, Utah -- An officer and his wife suffered injuries during a high-speed pursuit that led to a crash on Saturday.

The Saratoga Springs Police Department has confirmed that an officer has been put on paid administrative leave and officials have launched an internal investigation.

He said the Bluffdale officer responded to the chase Saturday to assist Lehi Police, which had asked for Bluffdale's help.

As the suspect sped northbound on I-15, Chief Burton said the man exited suddenly at 106th South and when the Bluffdale officer attempted to follow, the patrol car rolled off the off ramp and onto the freeway shoulder.

Chief Burton said the officer's wife was inside the vehicle at the time, on an authorized ride-along during a special night for the couple.

"It was the couple's anniversary," Chief Burton said.

But instead, they ended up in the crash and injured.

Because of the seriousness of the case and accident, Chief Burton explained Saratoga Springs, which runs Bluffdale Police, began an internal investigation.

"To analyze what took place in great detail in order to consider policy situations," he said.

"We have a policy that essentially says that the officers need to consider safety and risks to passengers when they respond on cases," he said.

Investigators will spend time gathering all the facts, Burton indicated, and looking at all aspects that led to the situation.

"Officers often find themselves in situations where they need to make a split second decision," he said.

Fox 13 checked with various agencies across the valley to see what's typical when it comes to ride-along policy with regards to pursuits, and if this kind of situation could happen again.

"Troopers on the Utah Highway Patrol are not allowed to pursue if they have a ride-along ," said UHP Sergeant Brent Shelby.

Unified Police and Salt Lake City Police said they have the same policy-- officers with ride-along passengers are prohibited from initiating or joining pursuits.

Chief Burton said after the internal investigation is complete, an administrative review will determine what actions to take when it comes to the officer and their department policies.

For the officer and his wife, he said, "not the greatest way to spend your anniversary," but thankfully he said they weren't more seriously injured.
Burton said the officer is on administrative paid leave partly because he hasn't been medically cleared to return to work, and because of the internal investigation.

He said they'll decide in about a week whether the officer will return to work before the investigation is over.