Crash spills nails, debris across I-80 closing lanes near 5600 W. 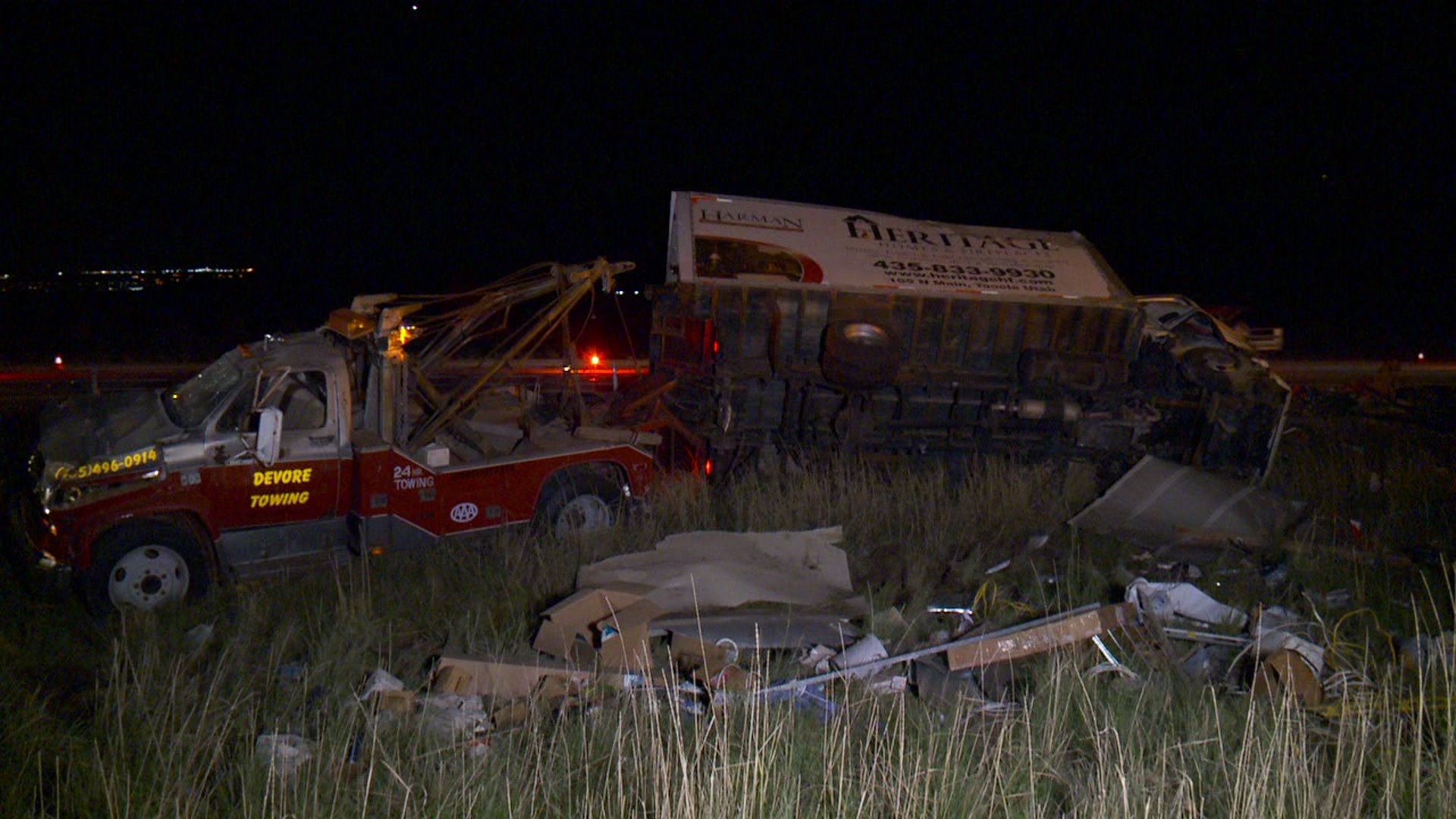 SALT LAKE CITY – A crash on I-80 closed down two lanes for hours and one driver is now in custody.

A tow truck was pulling a box truck westbound near 5600 West.

A minivan traveling the same way clipped or rear-ended the tow truck forcing them into the median.

The box truck tipped over, spilling nails and screws all over the eastbound lanes.

Troopers had to shut down one lane going west and one going east until sweepers could clean up the debris.

Troopers say the man driving the tow truck was taken to the hospital with a head wound but should be OK.

The driver of the van was arrested on suspicion of driving under the influence.