“The alleged actions of at least one defendant constitute unbelievably inhumane conduct and a reprehensible miscarriage of justice and the actions of all the defendants are inexcusable,” Attorney General Sean Reyes said Friday.

At the end of April, Jorgensen resigned, two months after 80 inmates were moved from the Daggett County Jail amid allegations of employee misconduct.

According to the AG's Office, former Daggett County Sheriff Deputy Joshua Cox is facing nine felony and two misdemeanor counts, including aggravated assault, transporting a dangerous weapon into the secure area of a correctional facility, theft, and reckless endangerment.

“The alleged actions of at least one defendant constitute unbelievably inhumane conduct and a reprehensible miscarriage of justice and the actions of all the defendants are inexcusable.” - Attorney General Sean Reyes

Official statements show Cox is accused of unlawfully bringing a Taser into a secured area and using it on inmates multiple times, promising them a case of soda if they could endure it for five seconds.

Cox is also accused of giving a Taser to an inmate to threaten and scare another inmate.

According to the documents, Cox brought uncertified police K9s into the jail and made inmates hold the dog training apparatus "so he could teach uncertified K9s basic obedience training."

The K9s bit two inmates during that incident.

Documents state Lail pointed and sparked a Taser at a woman's feet while telling her, “OK, you’re done. Now get back to class.”

This caused the woman to fear for her safety.

Toledo and Walker are accused of witnessing Cox use a Taser multiple times on inmates and not intervening or stopping Cox.

Utah Department of Corrections Executive Director Rollin Cook said the charges stem from a department investigation into misconduct and criminal allegations at the county jail, including assaults on state inmates, mismanagement, inappropriate behavior between staff and inmates and unsafe correctional practices.

"There was a lot of different types of misconduct going on," Cook said.

The Department of Corrections says they learned jail staff members were also doing things like sleeping on the job, sneaking in handheld video game consoles, and hosting barbecues for certain inmates.

Jack Lytle is currently serving as the head of the Daggett County Sheriff's Office, and his office released a statement Friday saying they have "no comment" on the charges.

“Our emphasis is on refilling the Sheriff’s position and maintaining our collaborative relationship with the Governor, his staff, and the Department of Corrections. There is a lot to work through and we appreciate everyone’s sensitivity to that end. Hopefully we can stay focused on looking forward and learn from the past. We have great employees and we owe them that effort.”

As the numerous felony and misdemeanor charges against the Daggett County employees show, the investigation into the jail operations uncovered allegations of abuse of inmates at the hands of the jail’s employees and mismanagement by its leadership.

Once the investigation began, many jail staff members, community members, and inmates previously incarcerated at the jail came forward with additional information that corroborated the allegations of inappropriate and unsafe behavior by county staff.

The results of the investigation uncovered not only the suspected activity that results in criminal charges, but a culture of pervasive, unacceptable correctional practices, such as sleeping on duty, providing inmates with video games and holding barbeques for select inmates.

Utah Department of Corrections places the safety of our facilities as the top priority. Under its previous management, the Daggett County Jail was not safe for the inmates or the public. Those responsible for these inmates and the management of this jail failed to properly manage staff disciplinary actions and significantly downplayed the severity of these acts.

We would like to note there were many good correctional officers and staff employed by the jail, whose reputations should not be tarnished by the actions of a handful of staff and the leadership.

We are currently working with county officials. We will not return any state inmates back to this jail unless and until we have confidence the new leadership at the jail holds safety and security as its main concerns. 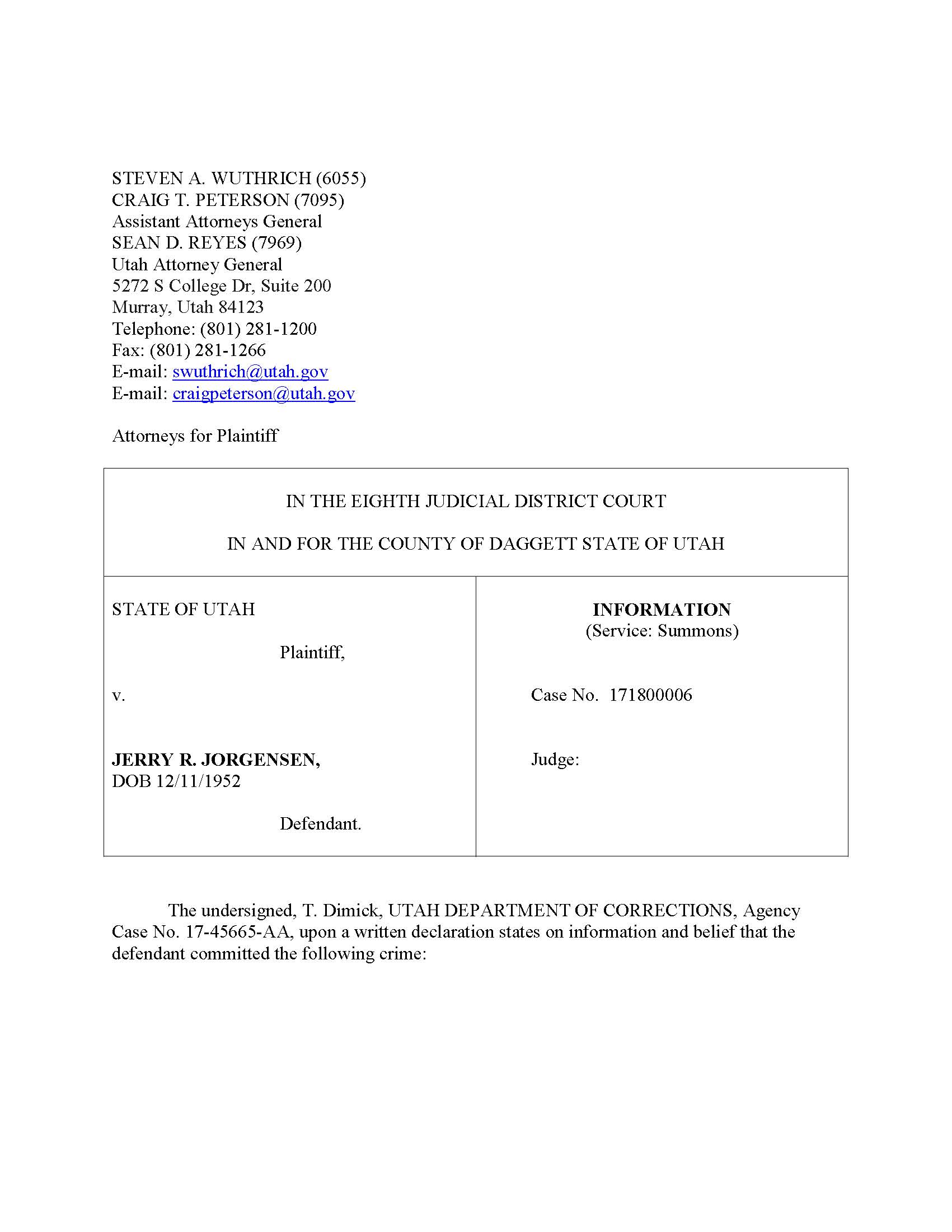