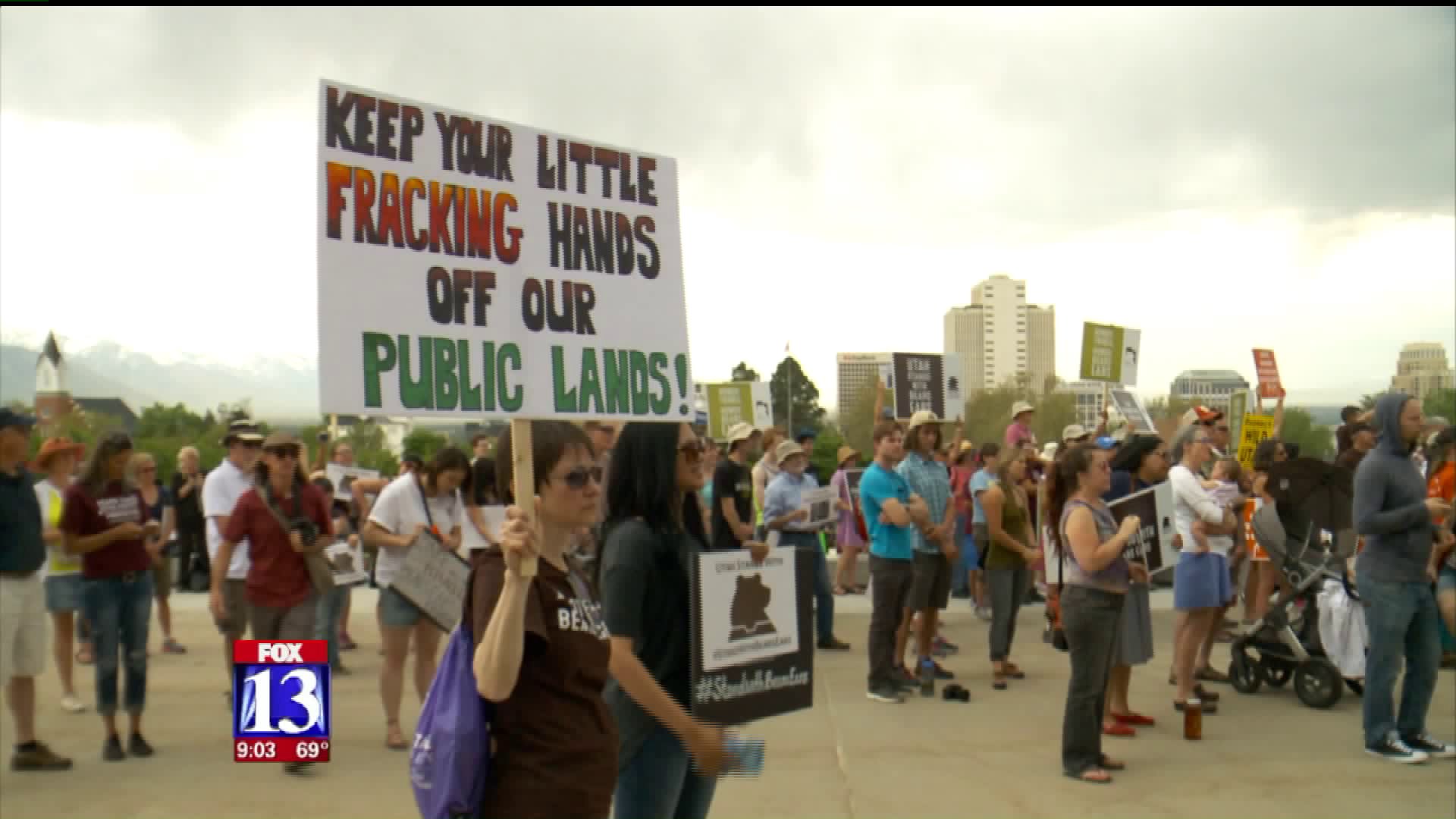 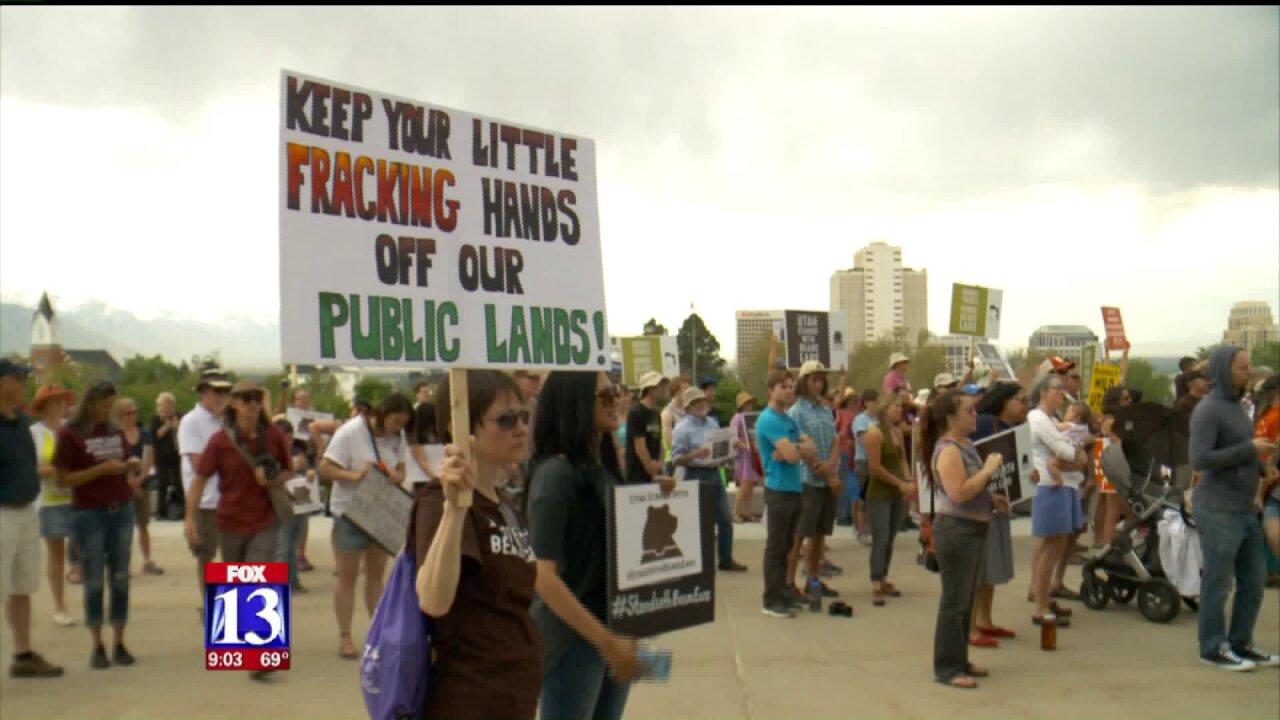 Last month President Donald Trump issued an executive order to review all large national monument designations dating back to 1996. On Sunday, Secretary of Interior Ryan Zinke comes to Utah to conduct a review and subsequent recommendation.

Never in the history of the United States has a president taken a national monument away. So the number one goal of Saturday's rally was to get the attention of Zinke.

"That he'll listen, that he'll understand that we are all here trying, and that we care this much," said Brooke Newbold of Salt Lake City.

"We assume they are always going to be around, that there is not going to be threats to them, but I think in the last 100 days or so we've seen that all of these lands are threatened," said Wade Lambert of Holladay.

Supporters are worried if their national monument status is taken away, what will the Trump administration do next?

"History shows that unprotected areas get developed by mining companies, get overused, they don't have the management focus that a protected area has," said event organizer Gavin Noyes.

The monuments contain thousands of archaeological sits, sacred to Native American families, like Elouise Wilson and her daughter.

"She wants to learn about what's there and how our ancestors were there and what the drawing means on the rock," said Wilson, referring to her fifth-grade daughter.

However, all of Utah's Federal Delegation has said there is a way to protect these sites without declaring them a national monument. And state lawmakers like Rep. Mike Noel, R-Kanab, are also weighing in.

"Focus on the resources that are there, focus on the archaeology, and not just take a big wide swath of 2,000 square miles and call it a national monument; that's crazy," Noel said.

Both Bears Ears and Grande Staircase-Escalante are in Noel's district, District 73. He said making them national monuments has done more harm than good.

The people at the rally know politicians like Noel have Zinke's ear, they just hope they also get a chance to share their feelings during his visit.

Zinke is scheduled to be in Utah until Wednesday, but so far he has not announced any public hearings during his visit.