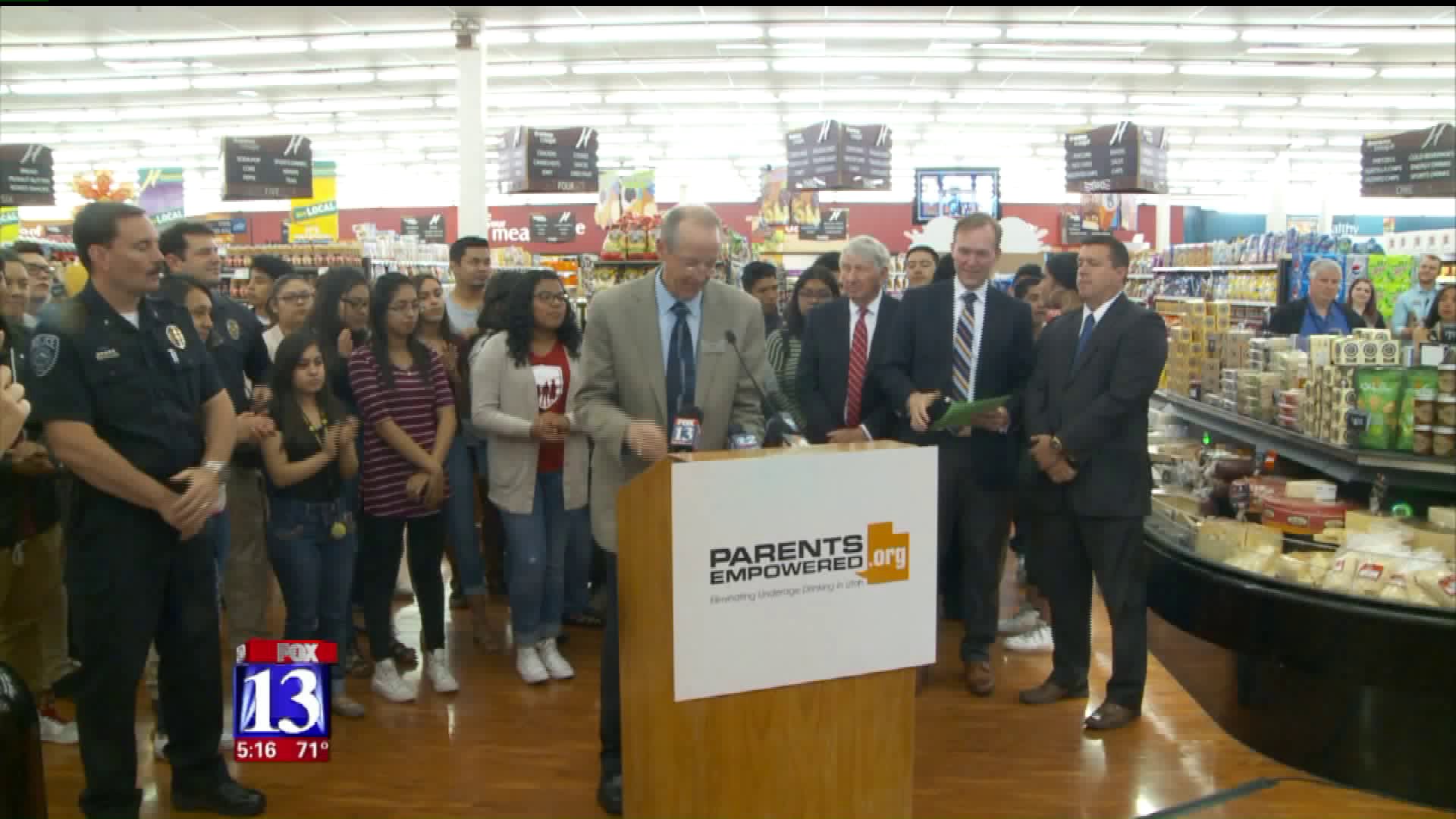 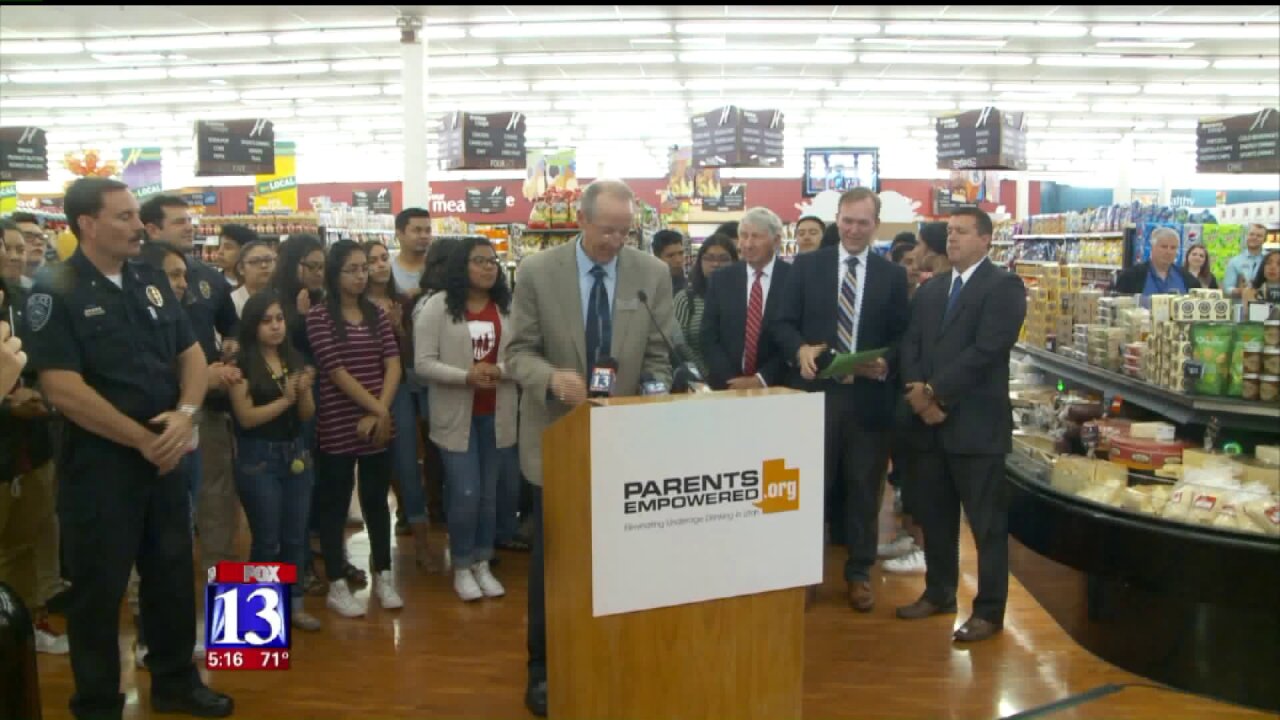 A deli inside Harmons grocery store in Kearns isn’t the most likely place to hold a news conference, but it served as a backdrop for an important message – underage drinking is a growing problem in Kearns and can no longer be ignored.

“Kearns has far as risk factors is above the state average. A lot of those issues stem from poor family management,” said Josh Nelson, Evidence2Success.

Evidence2Success is made up of residents, community leaders, schools and advocacy groups.

34% of Kearns kids took a drink of alcohol before the age of 17
26% don’t believe drinking alcohol daily is a risk
70% of kids aren’t talking with their parents about the dangers of underage drinking.

“30% of teens who drink get alcohol from their parents with permission,” said Nelson. “This isn’t a judgment call. But what it is, is a call to have a conversation. It’s a call to engage your children.”

Students from Kearns High who are part of Latinos in Action spoke out about the harmful behaviors they see every day.

“You see it around. People talk about it. Thinking it’s a cool thing. But honestly, it ruins you,” said Jessica Martinez-Sandoval.

“We’re, like, the next generation so we should really take care of ourselves,” said Beatris Campos.

Harmons Vice President, Bob Harmon believes the key is spending time together as a family.

“Research has shown that kids who eat dinner with their family at least five times a week, are 33% less likely to drink, smoke or use drugs," said Harmon.

They have partnered with Parents Empowered to place signs throughout the store for the next six weeks. They’re reminders about the dangerous effects of underage drinking.

“We’re all committed that all of the kids will grow up and have a healthy brain and by age 21 be free of alcohol and drugs,” said Mike Brown with Parents Empowered.