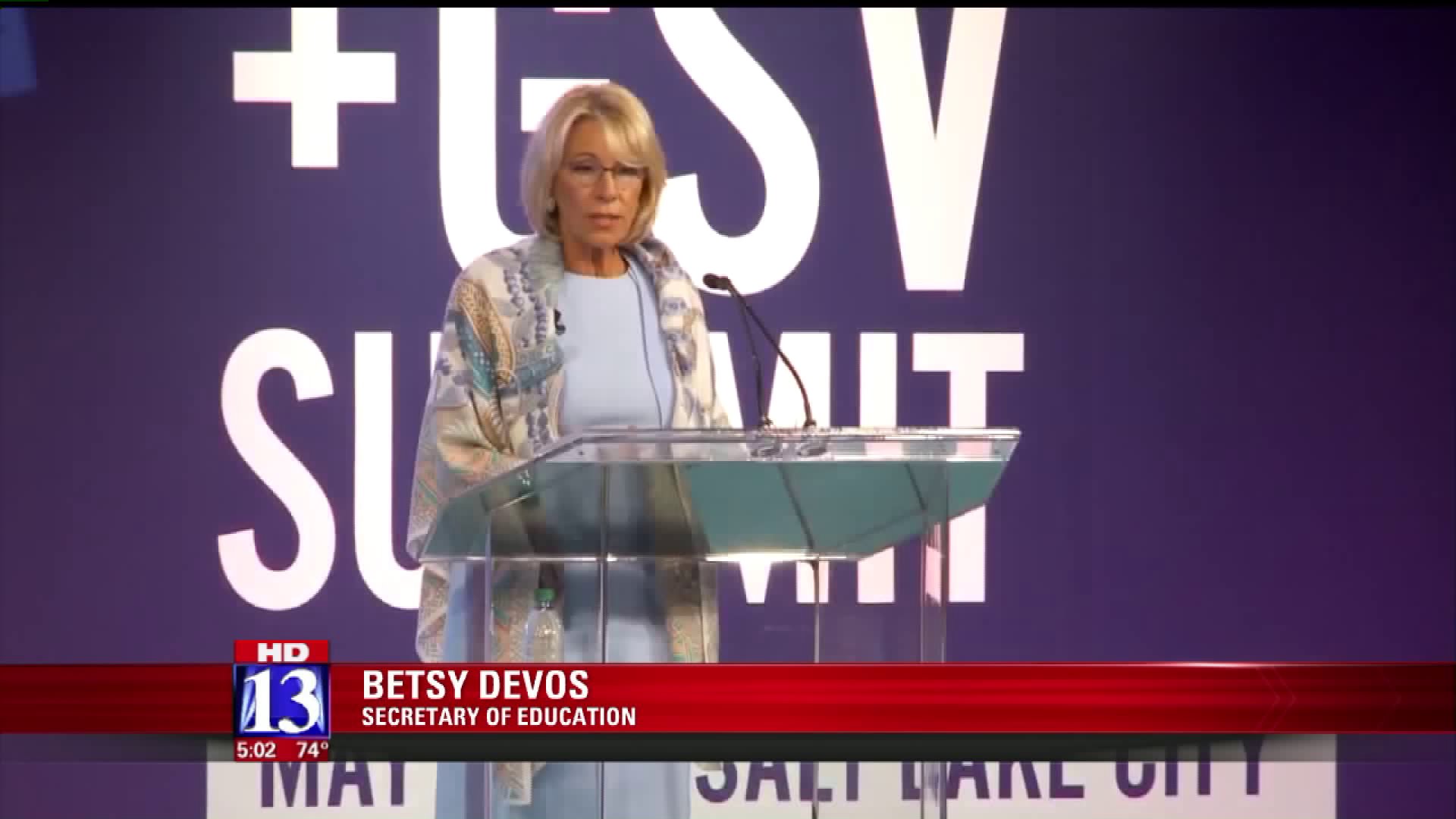 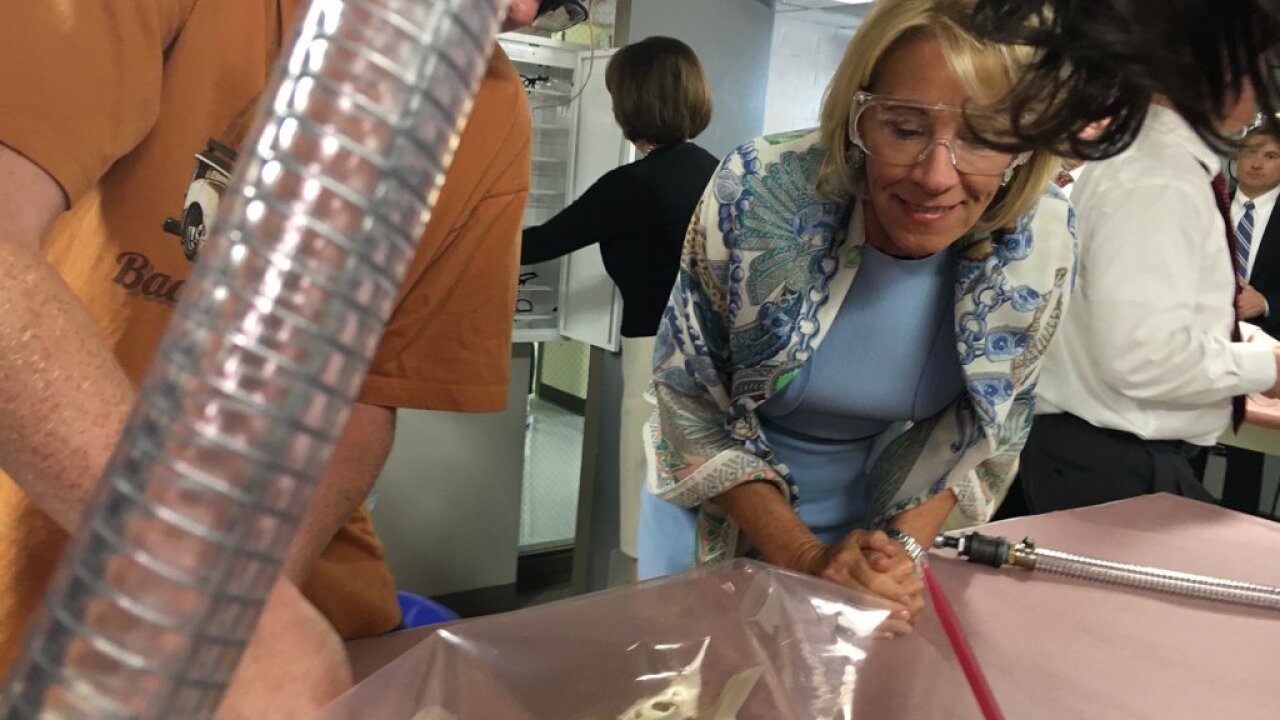 "It’s time for us to break out of the confines of the federal government’s arcane approach to education," DeVos said in her keynote address at the ASU+GSV summit at the Grand America Hotel.

DeVos promised the Trump administration would do more to empower states to make decisions on education. She name-dropped Apple, Uber and AirB&B, and questioned why education had to remain in the status-quo. Referencing school choice and vouchers, the Education Secretary likened it to picking a phone carrier.

"The simple fact is that if a school is not meeting a child’s unique needs, then that school is failing that child," she told the crowd. "Think of it like your cell phone. AT&T, Verizon T-mobile, they all have great networks, but if you can’t get cell phone service in your living room then that particular provider is failing you."

Later, speaking on stage with Jeanne Allen, the CEO of the Center for Education Reform, DeVos was asked about resistance to ideas and suggested that "change is difficult" for some people.

As she spoke, protesters were outside the posh hotel denouncing DeVos. They blasted her qualifications to be education secretary and her policy stances.

"She’s completely untenable as the director of Department of Education. It’s like the Department of Un-education," said Dr. Rebecca Hall, who joined a few dozen demonstrators outside the summit.

DeVos also made a stop Tuesday morning at the Granite Technical Institute, where students are learning career-ready skills. She watched as they used carbon-fiber to make wallets, shields and even a violin. Such programs have been pushed recently by Utah Governor Gary Herbert.

At a roundtable discussion with education leaders, the education secretary praised the workforce-based learning initiative.

"All of you coming together with the 'just get it done' attitude has clearly reaped benefits and rewards," she said.