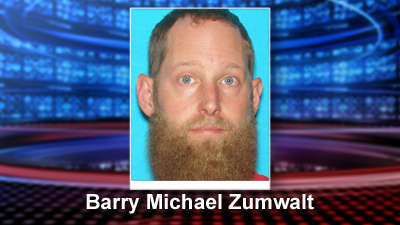 TOOELE COUNTY, Utah — The County Attorney has determined two officers were justified in their use of lethal force when they responded to a man making threats at a hazardous waste facility in Tooele County in February.

The officers were responding to Clean Harbors Aragonite Incineration Facility after someone called to report an armed man making threats to harm people and to blow up the facility.

The caller told police the man had a knife and a handgun and that he was talking about blowing up his truck or running it into the massive propane tanks at the facility. Other witnesses said Zumwalt said “nonsensical” things and made comments like “I want to see the man upstairs.”

The trooper and deputy responded and armed themselves with rifles before approaching Zumwalt, according to the letter from the Tooele County Attorney issued Thursday. The officers identified themselves as police and instructed the man to come forward with his hands up.

Police as well as witnesses reported seeing Zumwalt picking up what appeared to be a shotgun from the truck, and at least one witness said it looked like the man had a pistol in one hand and the rifle in the other and fired a shot before police opened fire.

Trooper McCoy said Zumwalt pointed the handgun at him, prompting him to fire his weapon.

Trooper McCoy fired the first shot, according to the county attorney, and after the suspect fell McCoy fired several more shots, stating he wasn’t sure if the man had been hit or not and that he feared the suspect may have had an explosive device based on his earlier threats.

Deputy Brummel also fired his rifle during the exchange, though all of the shots that struck Zumwalt came from McCoy’s weapon.

Zumwalt was ultimately pronounced dead at the scene, and police determined the weapons he was holding were BB guns with the appearance of real firearms. The weapons were a PF M16 BB gun pistol and a Daisy BB gun rifle. Both BB guns are pictured in the gallery above.

The suspect had also attached fluorescent tubes to his chest and a zip tie to his finger to simulate the appearance of explosives and a trigger device.

The letter states Zumwalt has a history of mental illness and was acting erratically in the days leading up to the incident.

Tooele County Attorney Scott A Broadhead stated Zumwalt’s behavior and the appearance of firearms along with his threats gave both officers enough reason to objectively believe the man was an immediate threat to the safety of the officers and others. As such, the actions of both officers have been ruled legally justified.