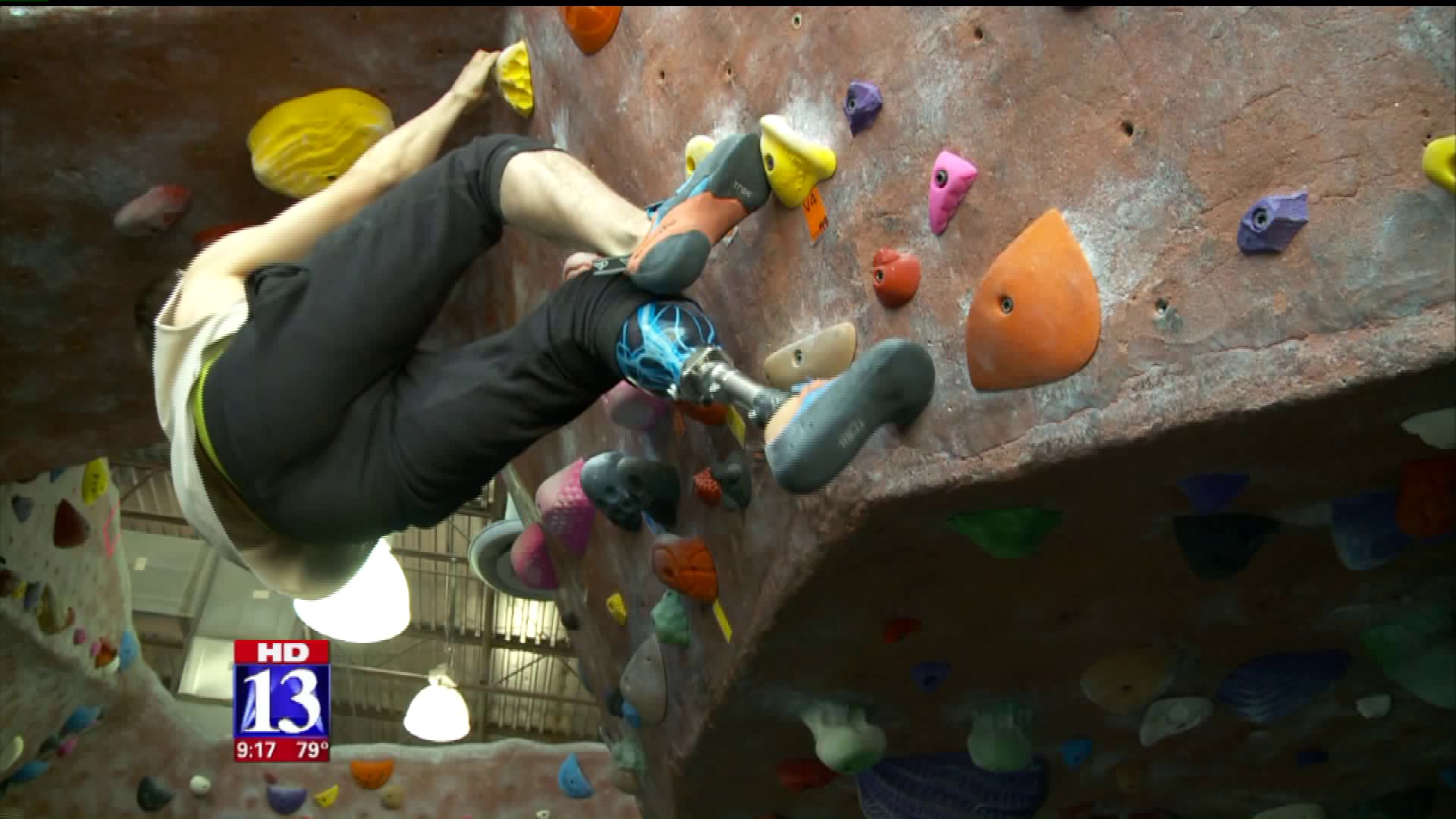 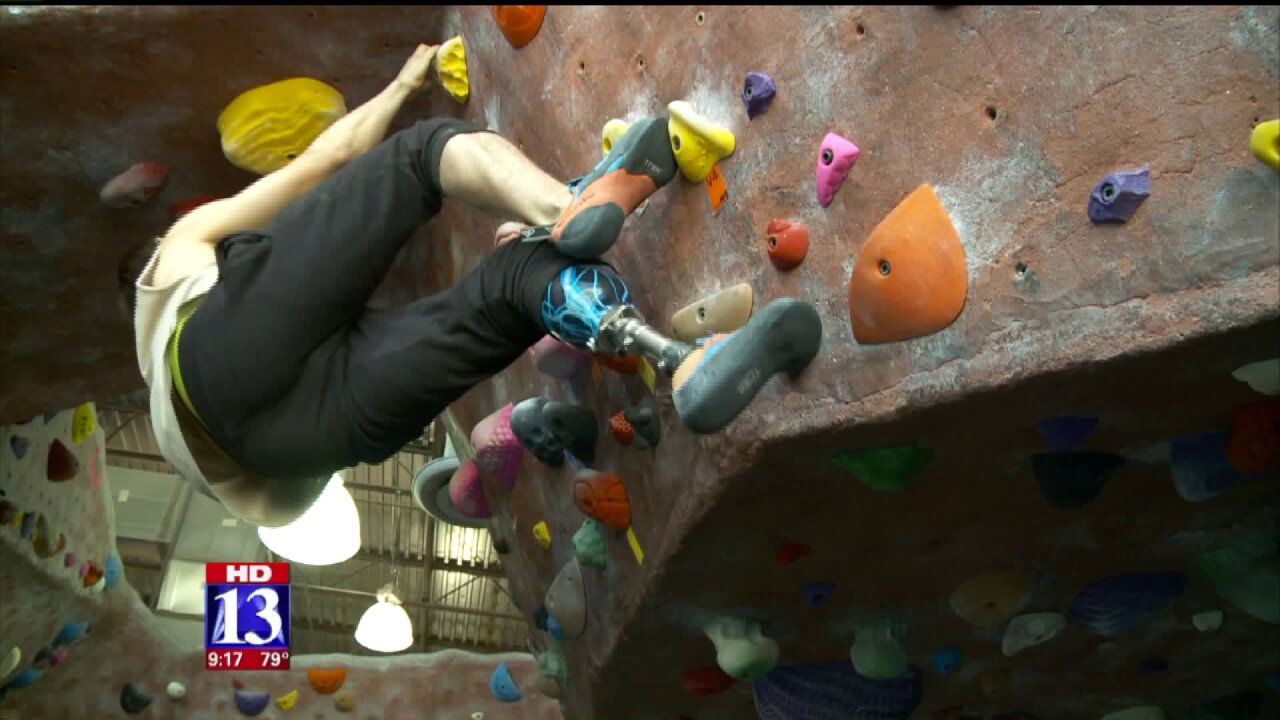 OGDEN, Utah -- You first saw the story on Fox 13: an Ogden man's specialized prosthetic leg was stolen from his car while he was at work in Roy.

The leg was a gift from the Ogden community after he lost his leg in a climbing accident, and the prosthesis cost thousands of dollars.

The day after we did the story about Carsen Taylor getting his prosthetic climbing leg stolen, a company from Provo called and said they wanted to give Carson a leg up... literally.

“I go to my gym and I’m the guy with one leg there,” Taylor said. “It's different for me than it is for everyone else because I have to climb differently.”

A prosthetic leg made specifically for scaling the wall helps Taylor climb to new heights. But last month all his climbing gear, including his specialized limb, was stolen out of his car. While it cost him thousands of dollars, the leg is worthless to whomever stole it.

Not having it made climbing nearly impossible.

“Having it gone, it sucked,” Taylor said.

But now Taylor has a new leg and a new climbing buddy who is also an amputee. What brought these two together?

The company Kyle Swensen works for, Northwest Orthotics and Prosthetics in Provo, stepped in after seeing Taylor's story on Fox 13.

“To have him lose something that he uses on a regular basis that gets him back to normal life, helps him to feel like a normal person again, it's really frustrating,” Swensen said.

Swensen knows how expensive these specialized prosthetics are.

“We thought, you know, what if there is something we can do to help this kid out?" Swensen said.

“I got a chance to talk to him, what it was like being a climber before losing his leg, and then again to climb after getting a prosthetic,” Swensen said.

Swensen got Taylor fitted with a climbing leg and took things one step further.

“I had issues with my every-day socket, there were cracks in it, it needed adjustments," Taylor said. "This stuff is expensive, so I had been holding off on it until I could afford it and they took care of it for me. They helped me on all levels."

Kyle not only invested nearly a dozen hours, but it's something that would have cost Taylor thousands of dollars to do. So, in exchange, Taylor showed Swensen the ropes of rock climbing.

“Definitely a happy ending, a lot happier than I would have expected,” Taylor said.