Passenger flees in car after driver arrested for DUI, crashes into yard 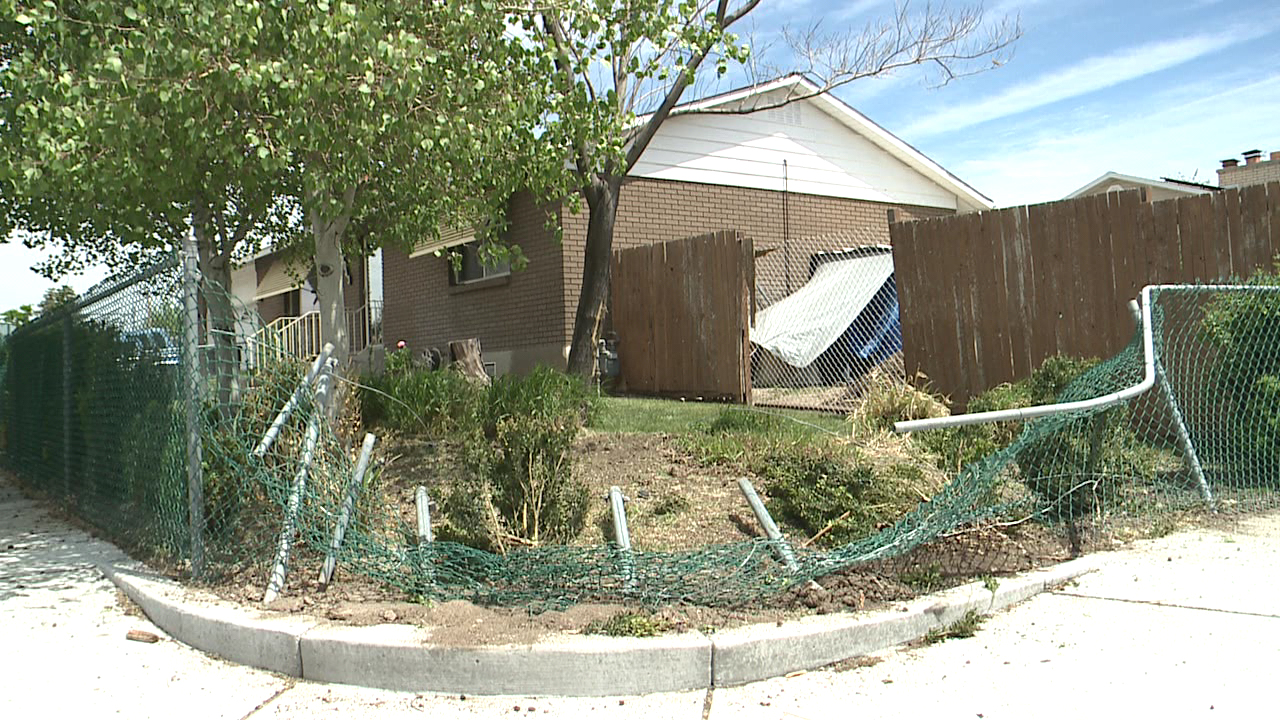 WEST JORDAN, Utah — Police in West Jordan were arresting a belligerent driver for suspicion of DUI early Sunday morning when a passenger got into the driver’s seat and fled, and even though police terminated the pursuit for safety reasons that passenger is in custody.

Lt. Rich Bell of the West Jordan Police Department said things began around 8:30 a.m. Sunday when a police officer spotted an erratic driver near a gas station in the area of Jordan Landing.

“She observed a vehicle being driven very recklessly, nearly striking some other people and pedestrians,” Bell said.

Viri Lopez was in a vehicle with her husband and daughter when they encountered that vehicle.

“The guy was driving recklessly, and he was like feet away from us, and he was going to crash into our truck because he was really reckless driving,” she said.

Lopez said she immediately thought of her children.

“It’s scary, and the first thing I thought it was, my kids, I hope I don’t die on Mother’s Day; I really did think that because I saw him going towards our truck,” she said.

Police initiated a traffic stop and found the driver was extremely intoxicated.

“During the course of that initial encounter the driver became uncooperative and belligerent and was subsequently taken into custody by our officer,” Bell said. “Shortly after being taken into custody there was a passenger in that vehicle sitting in the front seat who moved over from the passenger’s side to the driver’s side, put the car in gear and fled in the vehicle.”

Bell said the initial officer had already called for backup, and responding officers spotted the suspect vehicle and gave chase. However, they terminated that pursuit a short time later due to safety concerns.

Still, the suspect was found a short time later after several people witnessed a crash and called police.

“Shortly after we terminated our pursuit we were advised in the area of 4800 West 5600 South that the vehicle they had been pursuing had crashed into the yard.”

The vehicle damaged some fences on the property, and the passenger fled on foot. Bell said officers from West Jordan and the Unified Police Department coordinated to contain the area, and they captured the suspect within about 10 minutes of the crash.

Bell said that suspect is going to face several charges.

“The suspect that fled on foot that we apprehended did have a sizable quantity of heroin and cocaine in his possession, so we’re looking at those charges and felony fleeing charges,” he said.

The driver initially stopped for DUI is also facing charges. Bell said at this point the suspects are not being cooperative, and they aren’t sure if they are adults or juveniles at this point.