Firefighters worked into the night Monday to keep a Salt Lake City house fire contained, despite the fact it had started at 2 pm.

"We didn't even grab clothes, we just ran," said Larry Bolin, who lives in the basement apartment of one of the two homes that caught fire.

Bolin said he was sitting on the couch watching television when the flames started shooting in through the walls.

"With the wind blowing, it caught our house on fire," Bolin added.

Firefighters believe it was the home next to him that caught fire first, and a combination of wind and trees surround the properties, helped carom the flames to the second home. 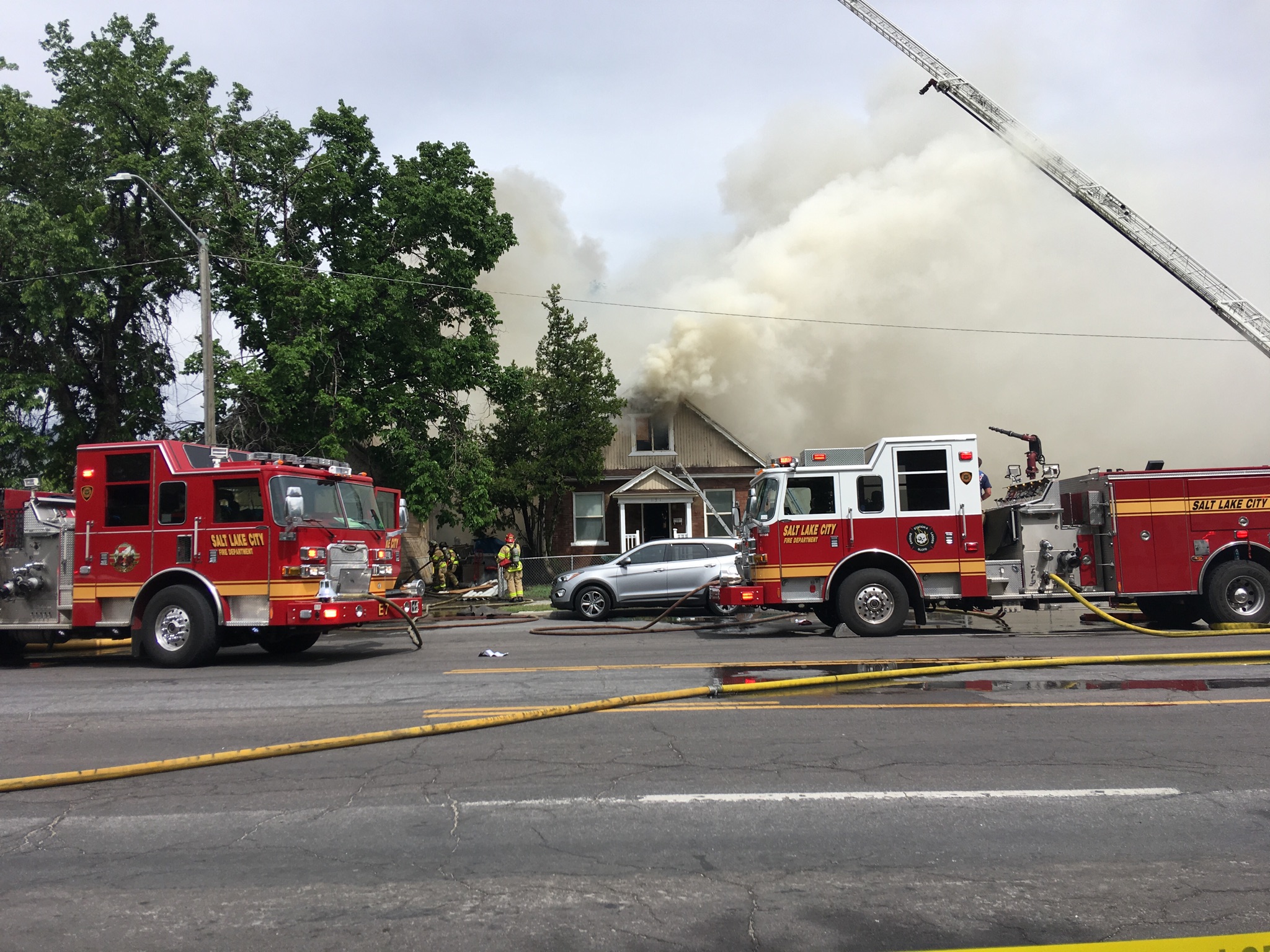 "I got up, got dressed and came outside and it was frightening," said Dean Dickerson who lives next door. "It was just bang, pop, bam," he added of the explosion noises coming from inside the home.

Over sixty firefighters responded and had the fire controlled by 4 p.m.

Investigators are still working on a cause for the fire that caused $300,000 in damage, but Bolin blames his next door neighbor.

"He had propane tanks back there," Bolin alleges. "I knew it was going to happen. We had a minor one there last year, got it put out with just a hose, but this wasn't minor. This place just went up like a bonfire."

UPDATE: two homes involved in a four-alarm fire. No infurirs reported at this time. pic.twitter.com/p8O8ZgIgfZ