SALT LAKE CITY - Utah Congressman Jason Chaffetz tweeted on Tuesday, if it exists, he's going to get the Comey memo.

Chaffetz is referring to what former F.B.I Director James Comey allegedly wrote after a meeting with President Trump.

.@GOPoversight is going to get the Comey memo, if it exists. I need to see it sooner rather than later. I have my subpoena pen ready.

Jason Chaffetz demanded the alleged Comey memo by a letter. 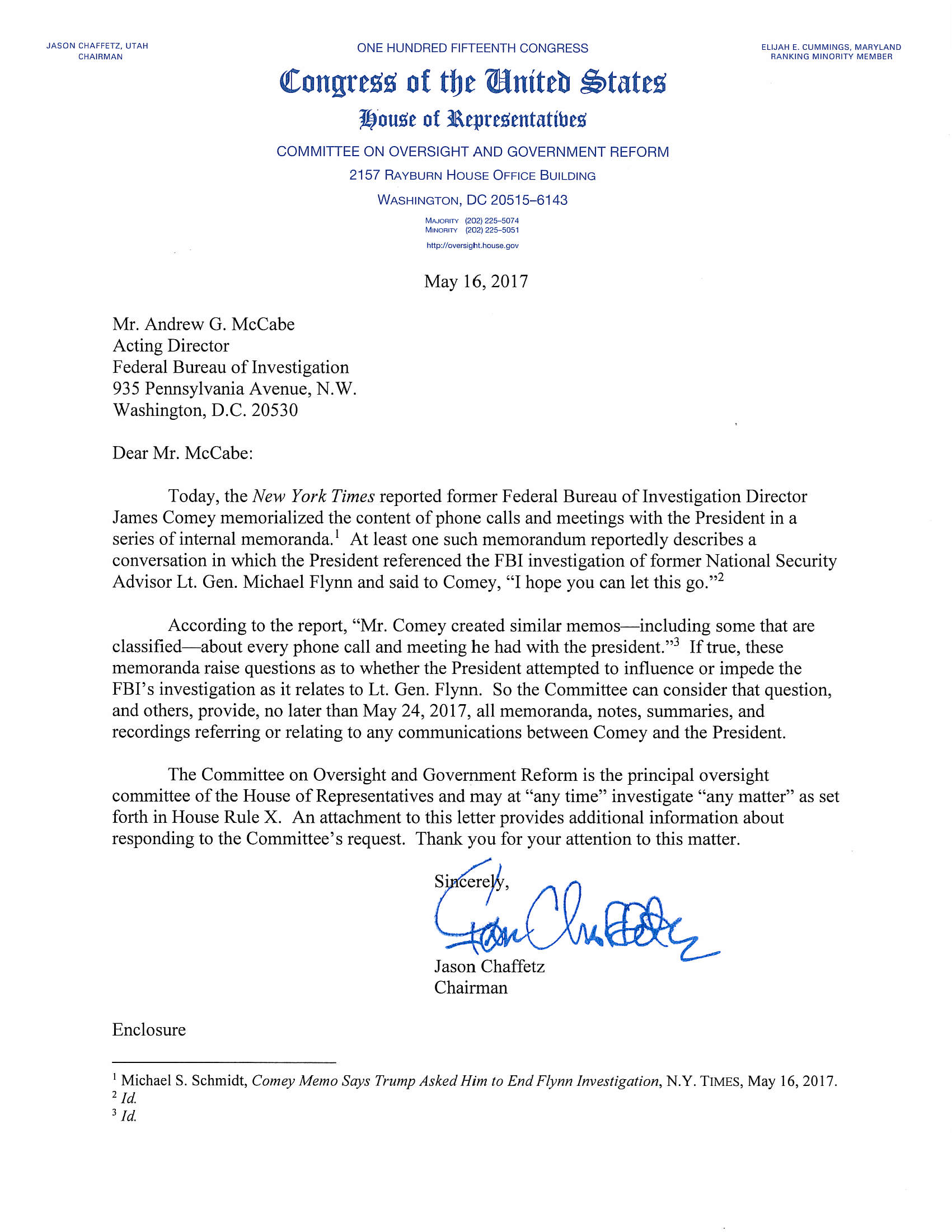