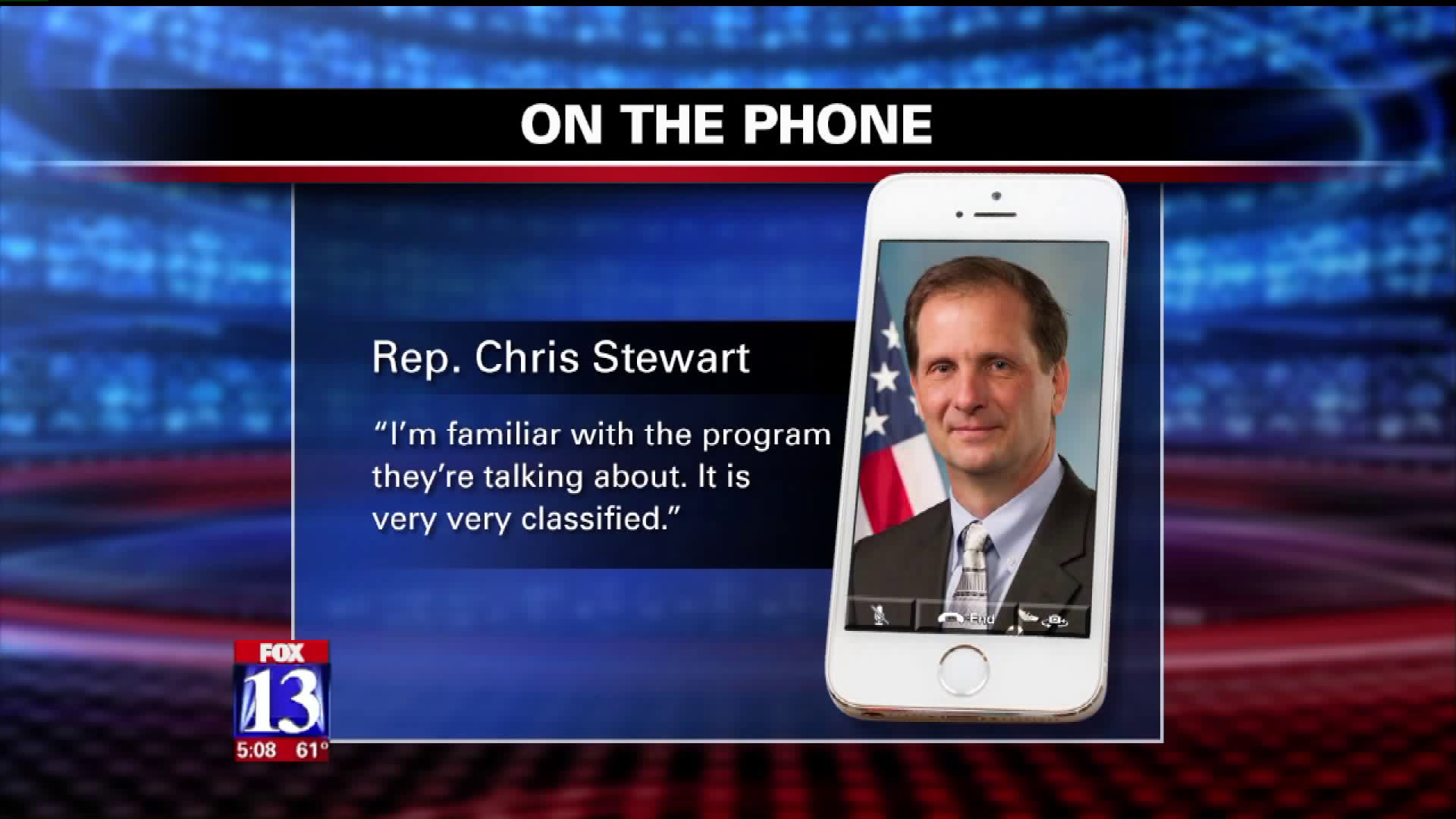 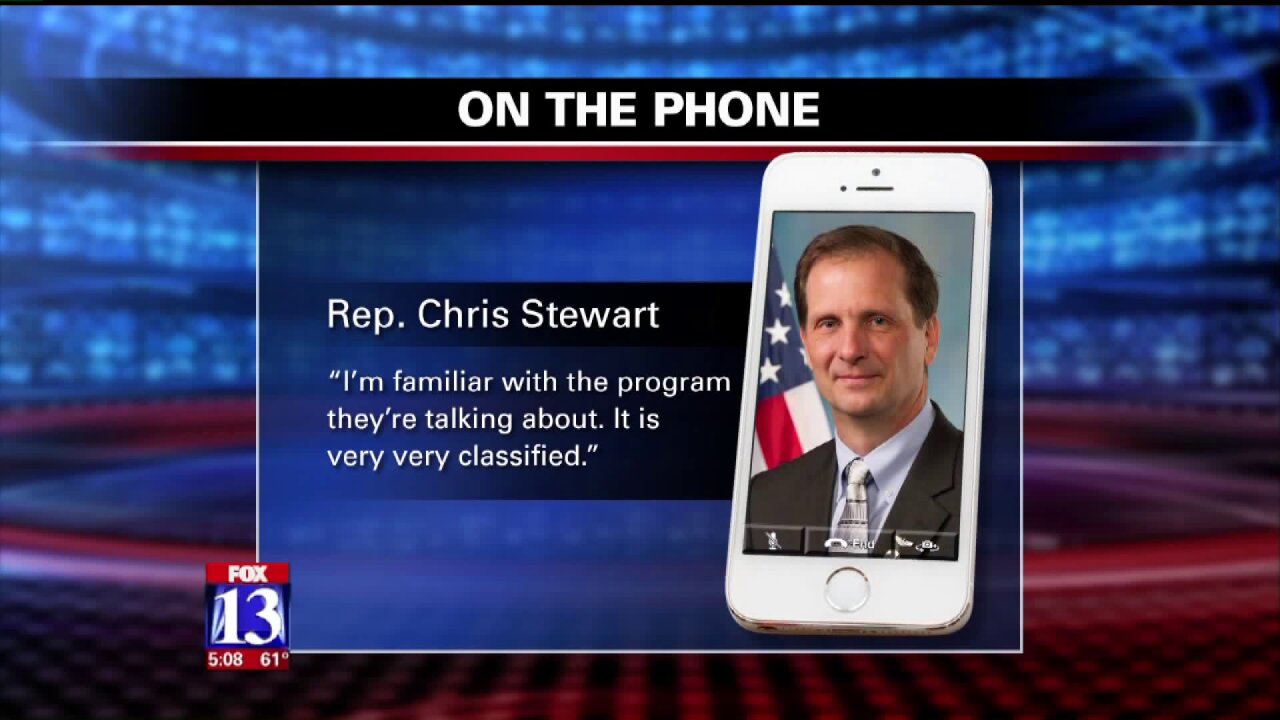 SALT LAKE CITY -- In an interview with Fox 13 Tuesday evening, Representative Chris Stewart of Utah's 2nd Congressional District said he wants to know more about what happened in the meeting between President Donald Trump and Russia's Foreign Minister and Ambassador to the U.S., but he's inclined to believe the account from Trump's National Security Advisor.

Stewart, a member of the House Select Committee on Intelligence, said he respects National Security Advisor H.R. McMaster and Secretary of State Rex Tillerson enough to give them the benefit of the doubt when they say the president did not disclose anything inappropriate.

Stewart was not as effusive about the President himself.

"This president has a propensity to speak in an impromptu manner, and I think sometimes, and it's frustrating for all of us, that he doesn't give forethought to some of the things he says on occasion, and that sometimes makes it harder for all of us," Stewart said.

Stewart said he's aware of the program at the root of the controversy and, "It is very, very, classified."

Going into a meeting with CIA Director Mike Pompeo, Stewart said he expected answers to some key questions.

"Did it in any way endanger any of our relationships with allies who are helping us in the very important fight that we have against global terrorism, and if that information was revealed and if someone was endangered then why, and how does the president justify that?" Stewart said.