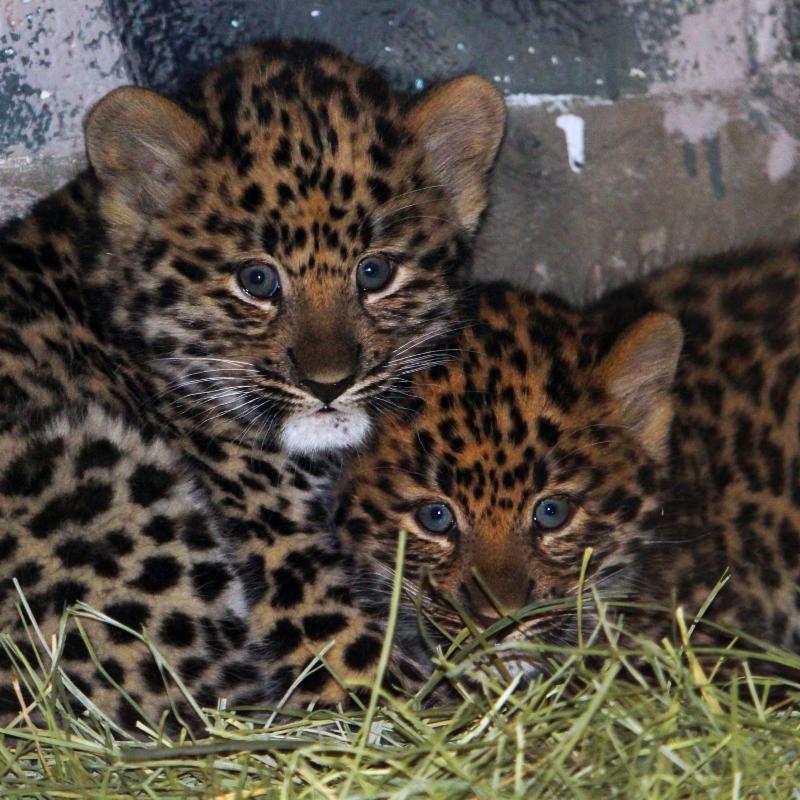 According to a statement from the zoo, cubs Rafferty and Roman were born February 17 to Zeya, who has been a resident of the zoo since October of 2015.

“Rafferty” means “one who possesses prosperity” and “Roman” means “strong, powerful,” according to a statement from the zoo.

“Mom, Zeya, is doing a great job – she’s nurturing and fiercely protective. Both little guys have white toes on their front feet,” the statement said.

Guests at Hogle Zoo may have caught glimpses of Rafferty and Roman earlier this week as zookeepers worked to acclimate them to their environment at the zoo. The cubs will be officially presented to the public on Thursday.

Their mother, Zeya, made international headlines last June when she escaped from her enclosure during zoo visiting hours. A zoo response team tranquilized her and took her to the zoo’s hospital for observation. No guests were harmed.

Amur leopards are a critically endangered species and experts estimate only 60 of them remain in the wild, the statement said.