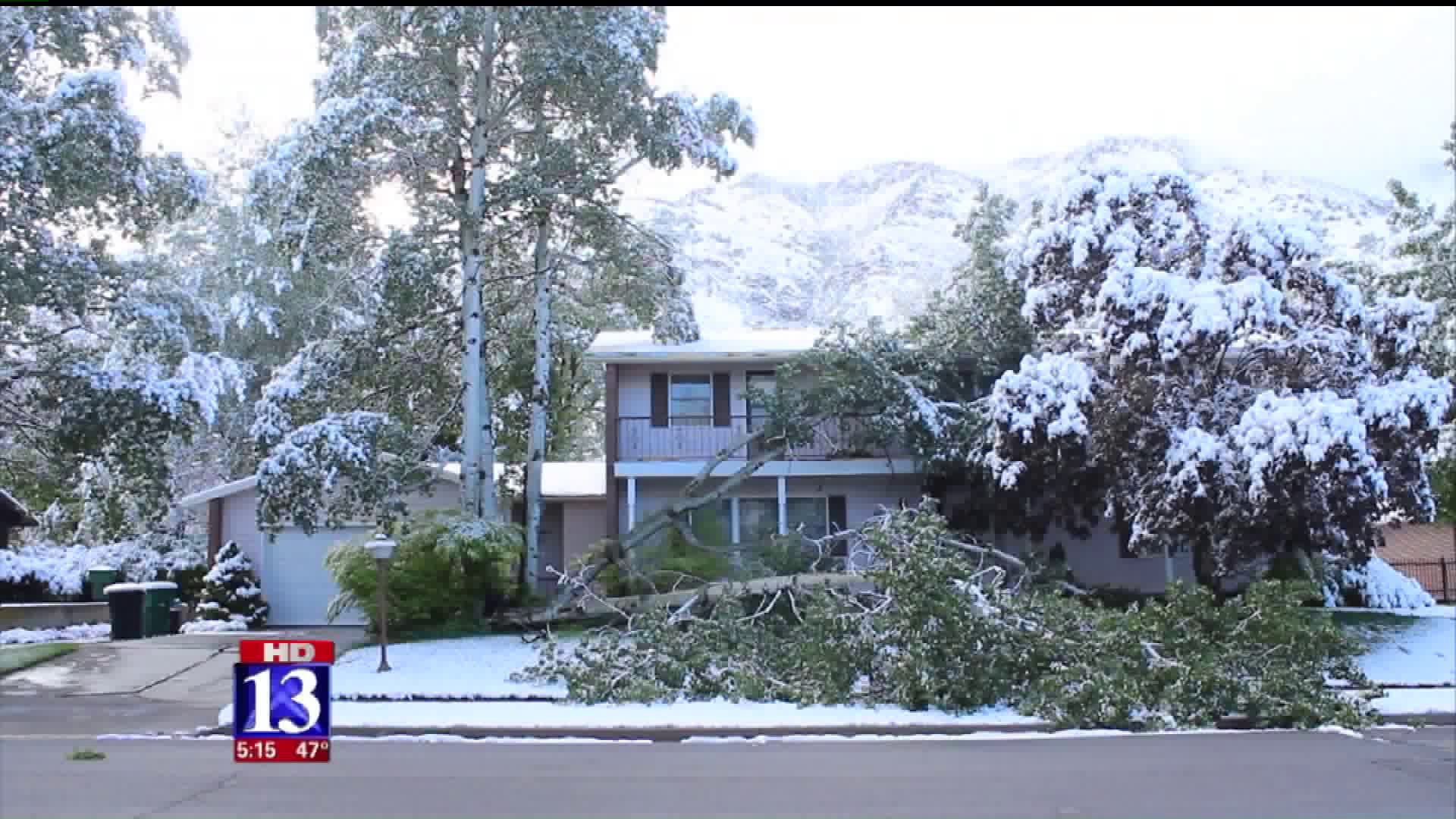 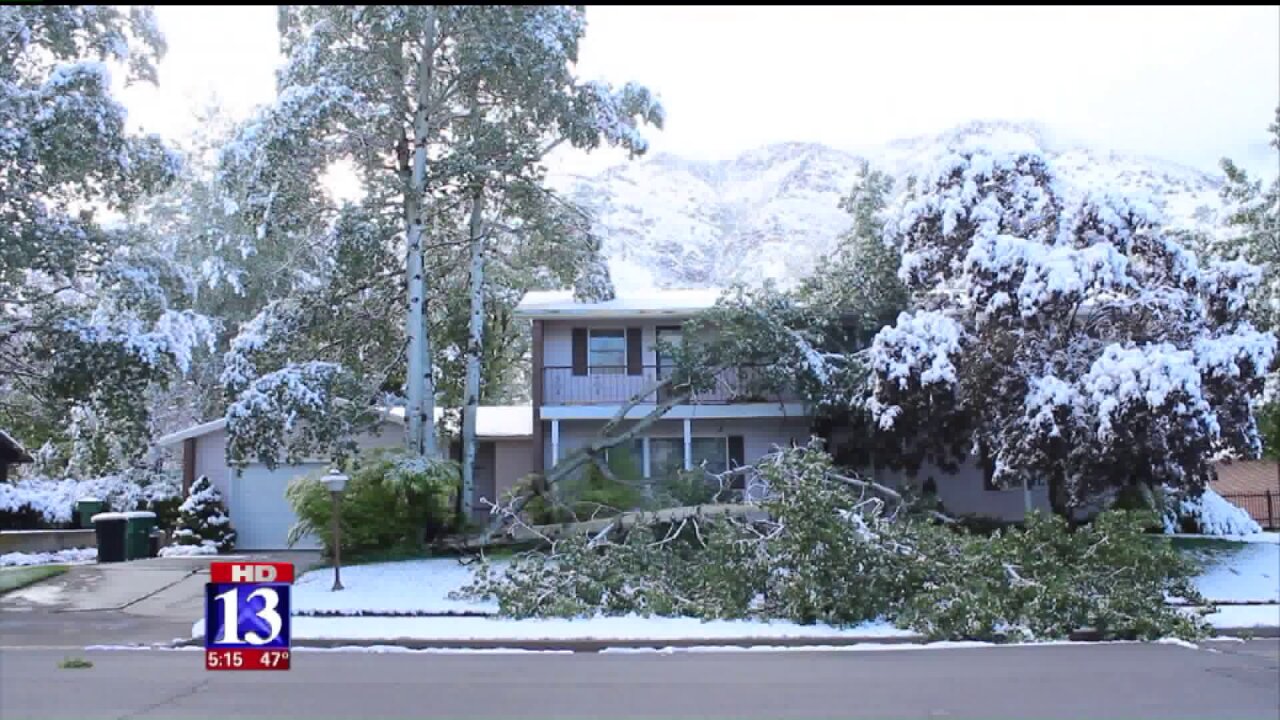 CACHE VALLEY – Logan is known for its abundant trees, which is why they’ve been designated a tree city. But when heavy wet snow falls on them, it can be dangerous.

Just when you think spring is here to stay, Mother Nature flips the script and a snowstorm rolls through. In Cache Valley, the storm downed several trees and limbs.

A tree was toppled in the area of 18th between 15th and 16th North in Logan. That’s where Keith Mann lives. He woke up to the sound of trees crashing outside his home.

“I went to bed, and it was about 5 o’clock this morning and I heard it go," he said. "And I went outside and it was laying on my second story roof."

Parts of the aspen tree fell onto the street and in the gutter. It also blocked the sidewalk.

“The trees were four stories high,” Mann said. “There was five of them, and I’ve got two on the other side of the drive way the same size, and I worry about them now.”

Extensive tree limb breakage caused power outages for some 1,200 residents. Some power lines were down, and some fuses were blown causing the power to go out in the Cliffside and Thrushwood neighborhoods for nearly two hours.

At least one car was damaged in the island area of Logan. It was a hectic morning for city crews. They worked quickly, cutting up and removing tree debris, and keeping the storm lines clear.

As for Mann, he, like all homeowners, is responsible for removing downed trees from a yards. He’s contacted his insurance company.

“They're calling an agent here in Logan, and he’s supposed to come out and take over and get a tree removal company to start doing the work,” Mann said. “We got a lot of shade from the trees. It’s gonna look bare when they get done with this one.”

Logan city crews say they’ve grown accustomed to these spring snow storms. They seem to roll in every three to four years, so they do their best to prepare for them.

Residents who have fallen limbs and branches in their yard from this storm may bring these materials to the Logan City Green Waste Facility at 1400 West 200 North in Logan for disposal at no charge.

The city of Logan has also placed green waste dumpsters at the following locations for your convenience:

These dumpsters will remain in place until Tuesday May 30. After that date, all materials will need to be brought to the Green Waste Facility. Please remember, these containers are for green waste materials only. NO GARBAGE.

If you have a large project on your hands as a result of the May snow storm (such as an entire tree downed) or are organizing a community clean up, please call the city office at 435-716-9755 and they will make arrangements with you on an individual basis.