KEMMERER, Wyo. - A Utah man has been sentenced to life without parole for his role in kidnapping and murdering a Utah Transit Authority worker.

Dereck "DJ" Harrison will also serve 20 to 22 years on the kidnapping charge, instead of facing the death penalty.

Those sentences would run at the same time.

The sentences are part of a plea deal for the crimes against UTA worker Kay Ricks.

"We forgive you so we can move forward in our healing," Massey said, reading Lori Ricks' letter. Later in her letter, Massey also read, "The Ricks family won't think about you, or hate you for your actions."

One of Ricks' sons wrote in a statement, "Please make sure he knows my dad forgives him, and I'm working on it as well."

The family wrote to Harrison that they wanted a heartfelt apology from him, even if it's many years from now.

"The family has felt that it's just best for them to soften their hearts, that hopefully DJ will soften his heart and that everyone can move on through their lives," Massey said, in an interview after the hearing.

DJ's father, 51-year-old Flint Harrison, was also charged in the crimes and was found dead in jail back in July.

The bizarre and disturbing case goes back to May of last year when DJ and Flint kidnapped and assaulted a mother and her four daughters in Centerville, Utah.

The two ran from police, stole a UTA work truck, kidnapped Ricks and then killed him in Wyoming.

A man hunt ensued in the woods near Pinedale, Wyoming, which ended with Flint turning himself in, followed by Dereck.

"His actions, along with his father, were brutal and callous," said Lieutenant Von Steenblik, who attended the sentencing and headed up the investigation into the Centerville case.

During an April court hearing, DJ Harrison admitted to the crimes and recounted the story to the court for the first time. He blamed much of the incident on his father. Harrison said he was blacked out on drugs and didn't know what was happening.

"We believed from very near the beginning that Flint was the main actor. That's been corroborated through the evidence," Lincoln County Attorney Spencer Allred said.

But Lori Ricks wrote in her letter to Harrison, that he still chose to be a part of the killing. "You could have stopped these horrible acts at any point, but you didn't," Massey read to the courtroom.

"She just wanted to make sure he understood that there were consequences to the actions that he chose to make," Massey later said. 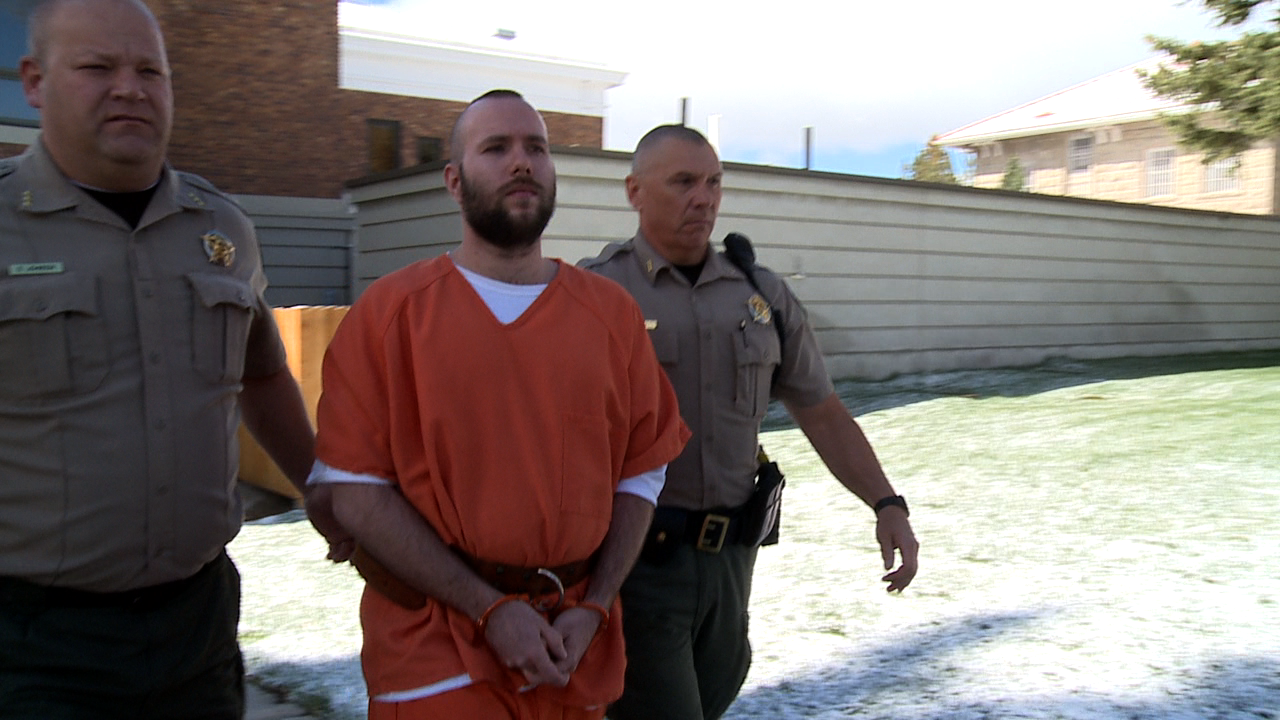 At the sentencing, Harrison was given the opportunity to make his own statement. His attorney said Harrison intended to speak, but after hearing the Ricks family statement, he decided not to.

Instead Harrison's attorney spoke on his behalf, saying that Harrison feels a great deal of pain, regret and remorse.

He said Harrison never imagined that his life would turn out like this and that he can't believe this happened.

Harrison said, according to the attorney, that he wished he had more control, and the effects of the drugs weren't so significant.

After the court hearing, Harrison was immediately taken to Utah to begin serving his 30-year to life prison sentence in the Centerville kidnapping and assault. Once he serves that sentence, he will transfer to Wyoming to begin his time for the charges in Kay Ricks' death.