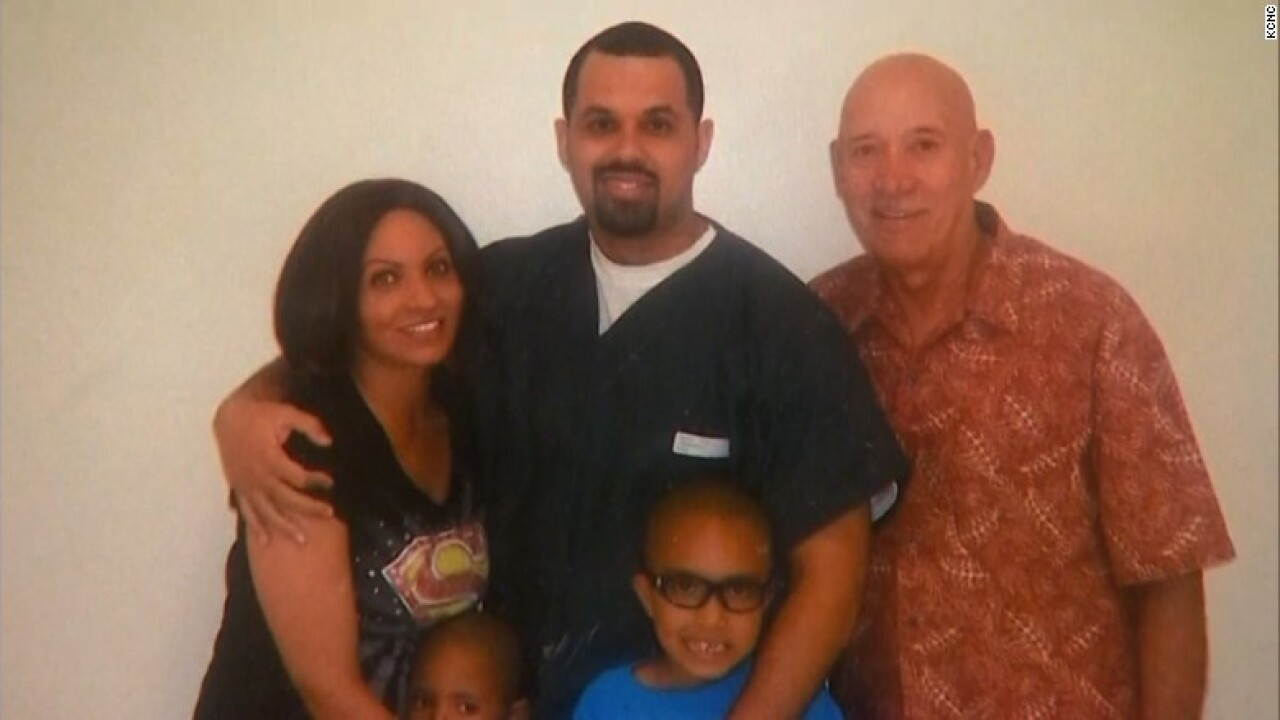 By Janet DiGiacomo and Faith Karimi

A judge ordered him released from a Colorado prison, where he was serving a sentence for armed robbery. Lima-Marin had become an “asset to society,” the judge said, in his six years of freedom after being mistakenly released from prison in 2008.

But before Lima-Marin could officially leave the Colorado Department of Corrections, a new problem emerged. Agents from Immigration and Customs Enforcement took him into custody.

Now Lima-Marin’s life is in limbo again. His family fears he may be deported.

A federal immigration judge had ordered Lima-Marin’s removal in 2000, ICE said. There is no timetable on when a federal judge could determine his removal, ICE representative Carl Rusnok said Thursday.

It’s possible, he said, that an order of supervision should be issued instead. That would require Lima-Marin to report to ICE on a periodic basis and allow him to stay in the country.

“We just have to wait,” his wife, Jasmine Lima-Marin, told CNN affiliate KDVR.

Lima-Marin’s complicated case drew heavy media attention in Colorado and there was widespread support for letting him out of prison.

The Colorado House of Representatives, for instance, approved a resolution last month urging the governor to grant clemency to Lima-Marin.

Lima-Marin is married with two children, one in elementary school, the other in middle school, his lawyers said Thursday.

He came to the United States when he was 1 year old as part of the Mariel Boatlift, the lawyers said.

Lima-Marin was sentenced to 98 years for robbing two video stores in 1998.

He was mistakenly released on a paperwork error in 2008, but was rearrested in 2014, when authorities realized the mistake.

In the six years he was free, he found a job, got married, started a family, and purchased a home, said his attorney Kimberly Diego. “His case was unique in that sense,” she said. “Not all people who are rehabilitated behave that way.”

“It would be utterly unjust to compel Lima-Marin, at this juncture, to serve the rest of his extremely long sentence,” he wrote.

Lima-Marin is an “asset to society” and an “outstanding citizen” who worked with young people and encouraged them to make good decisions, according to the judge’s ruling.

Lima-Marin was mistakenly freed because of an error in paperwork that said his sentences were to be served concurrently, instead of consecutively.

Based on the paperwork, an attorney who met with Lima-Marin in prison to discuss an appeal told him his sentence had been reduced to 16 years. The attorney advised him to forgo the appeal and instead wait to be released on parole in 2008.

Lima-Miran’s absence from prison wasn’t noticed until January 7, 2014, when a former prosecutor searched for his name on the inmate locator website and couldn’t find it.

He was arrested that same day to serve the rest of his 98-year sentence, according to the judge’s report.

“After its utter lack of care led to Lima-Marin’s premature release and prolonged erroneous liberty, in January 2014, the government decided to compensate for its transgressions by swiftly turning back the clock and returning Lima-Marin to prison … disregarding everything that had transpired between April 2008 and January 2014,” Samour said.

Lima-Marin started his prison term in April 2000, after being found guilty of multiple counts of kidnapping, burglary, aggravated robbery and use of a deadly weapon during commission of a crime.

While a gun was used in the break-ins, no shots were fired and no one was injured, according to the judge.

The judge described him as a model prisoner who completed five years of parole with flying colors.

The government acted with “conscience-shocking” indifference in re-incarcerating him in 2014, the judge said.

“Requiring Lima-Marin to serve the rest of his prison sentence all these years later would be draconian, would deprive him of substantive due process, and would perpetrate a manifest injustice. Because the court finds that Lima-Marin is being unlawfully detained, he is ordered released. No other remedy will result in justice in this case,” the judge said.

Lima-Marin was being held at the Fremont Correctional Facility in Canon City, Colorado. He was scheduled to be released in a few days after an order terminating his sentence had been sent to the Department of Corrections.

In preparation for his release, his name was run through the Criminal Justice Information Service, and it was discovered he was wanted by the Immigration and Customs Enforcement.