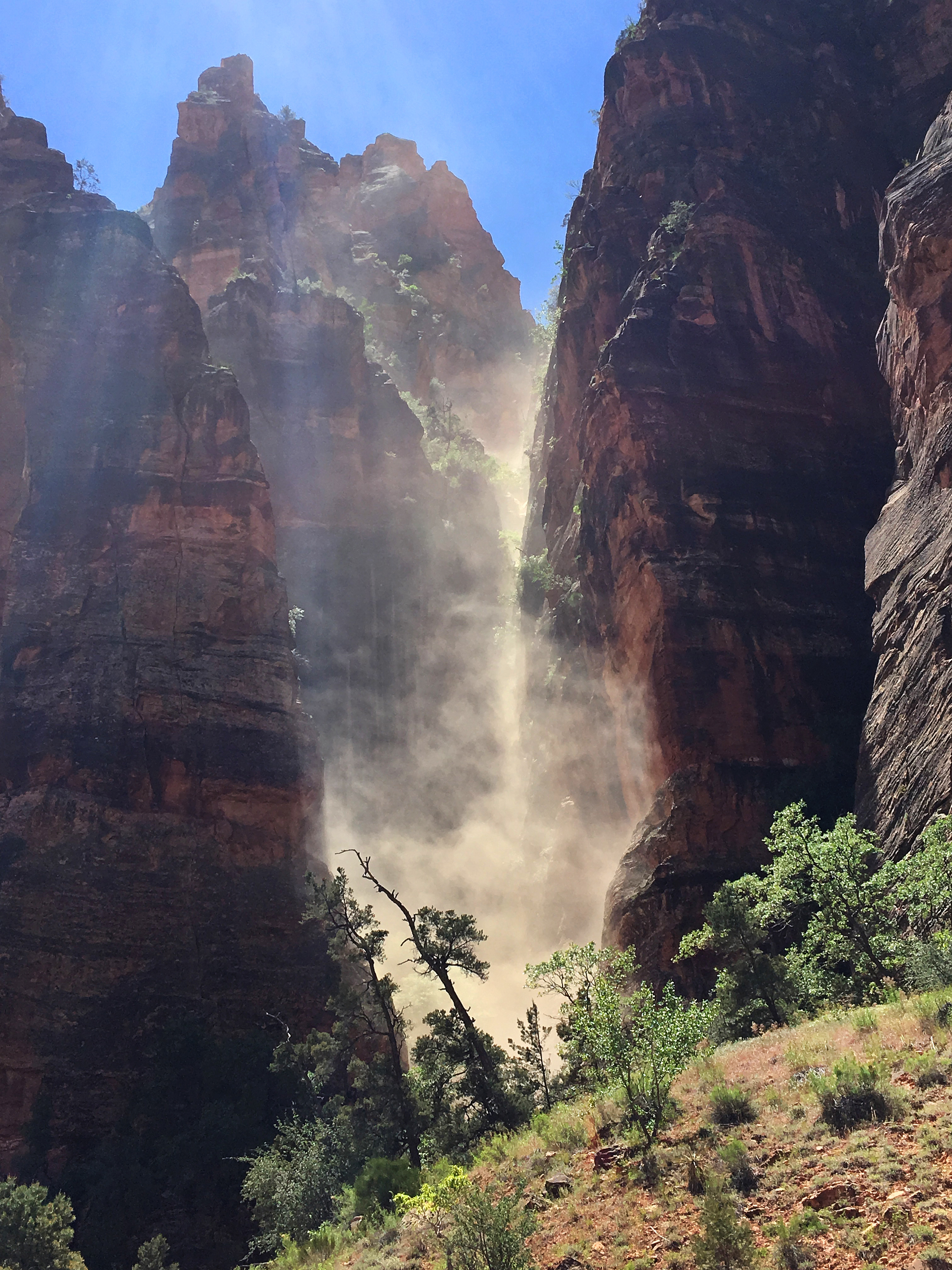 SPRINGDALE, Utah — A highway through Zion National Park is open again Saturday after it was temporarily closed due to a “continuous stream” of sand and debris falling near the west tunnel entrance to Zion Mount Carmel Highway.

According to a press release from Zion National Park, park officials decided to close the road Friday until a hazard geologist could examine the site. Saturday afternoon, the park confirmed the road was open again but standing or stopping in the area is still prohibited.

There have been no injuries reported.

The press release states alternate east and west routes were available via Highway 59 from Hurricane, Utah to Fredonia, Arizona and Highway 14 from Cedar City to Long Valley Junction. Highway 89 was also an alternate route.

It was not immediately clear what caused the debris to begin falling.