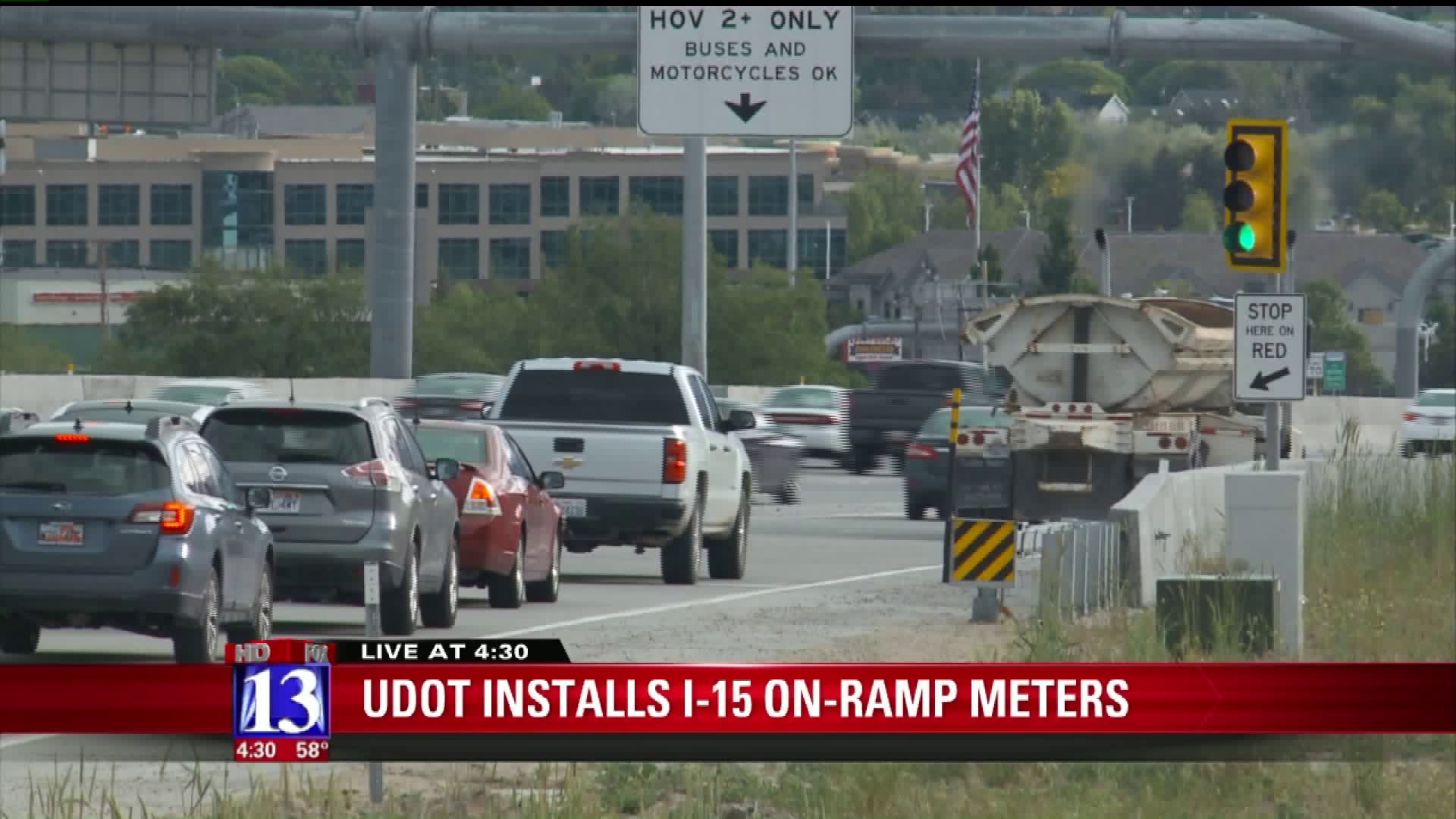 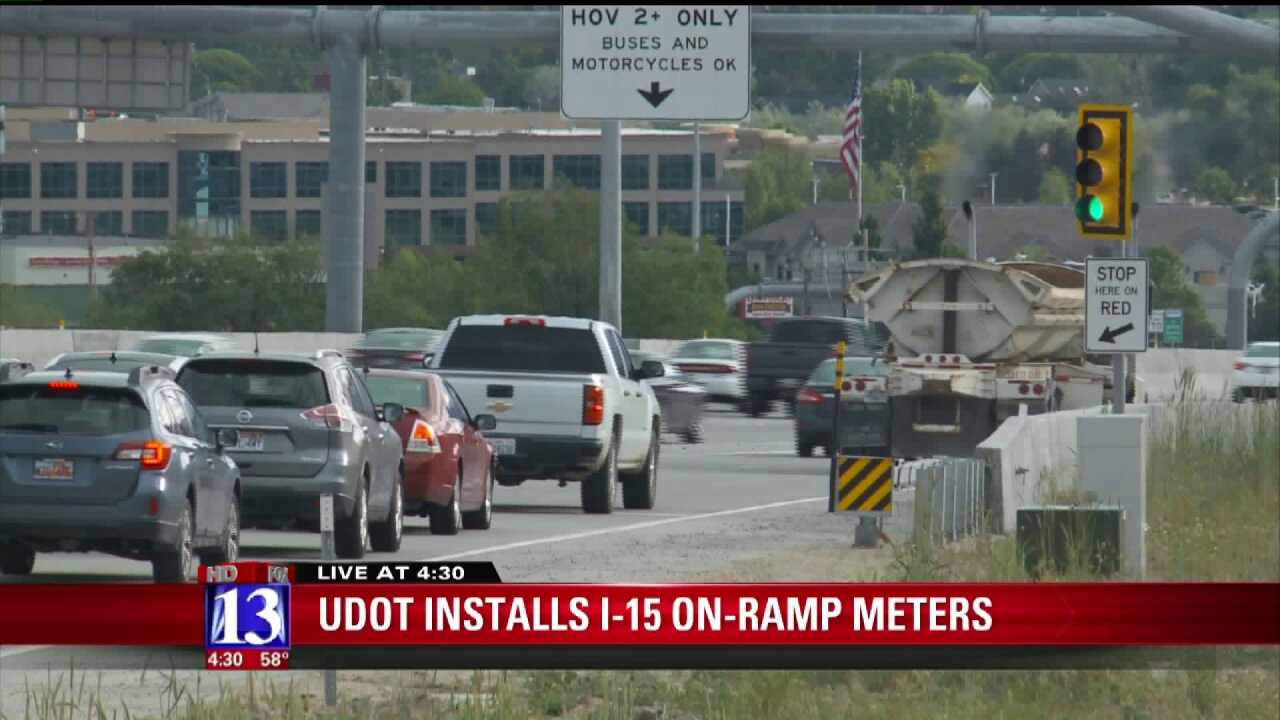 SALT LAKE CITY – The Utah Department of Transportation has installed ramp meters on I-15 in the southern end of the Salt Lake Valley with a goal of reducing traffic.

Now that most of the heavy lifting for the construction work has been done for the on-ramps at Bangerter Highway and 146000 South, drivers are going to have to learn to be meter readers, at least during the mornings and afternoons.

“And we are going to keep adding tools like this, the ramp meters we just turned on this morning, they are really going to help improve traffic,” said Leigh Gibson, a UDOT spokesperson.

Most drivers are already familiar with the meters. They look like traffic lights and help ease the flow of traffic from the on-ramps onto the freeway.

The staggering of traffic is especially critical when everyone is trying to get onto I-15 during the morning and afternoon commutes.

UDOT officials say they are needed now more than ever due to the explosive and continued growth at the south end of the Salt Lake Valley.

"The average driver is going to see a little extra delay trying to get onto the freeway, but once they get on it's going to be so much smoother for people,” Gibson said. “We actually saw that this morning, our engineers noticed that the traffic was moving so much better once folks got onto the main line of I-15; it just took a few extra minutes to get on the freeway."

That means a little bit of a short-term pain in terms of some delays at the on-ramp, but officials say it will result in long-term gains.

"But really, the end benefit is almost always greater,” Gibson said of the meters. “Our goal is to keep traffic moving, and these ramp meters, they are already doing that. We are seeing that this morning."