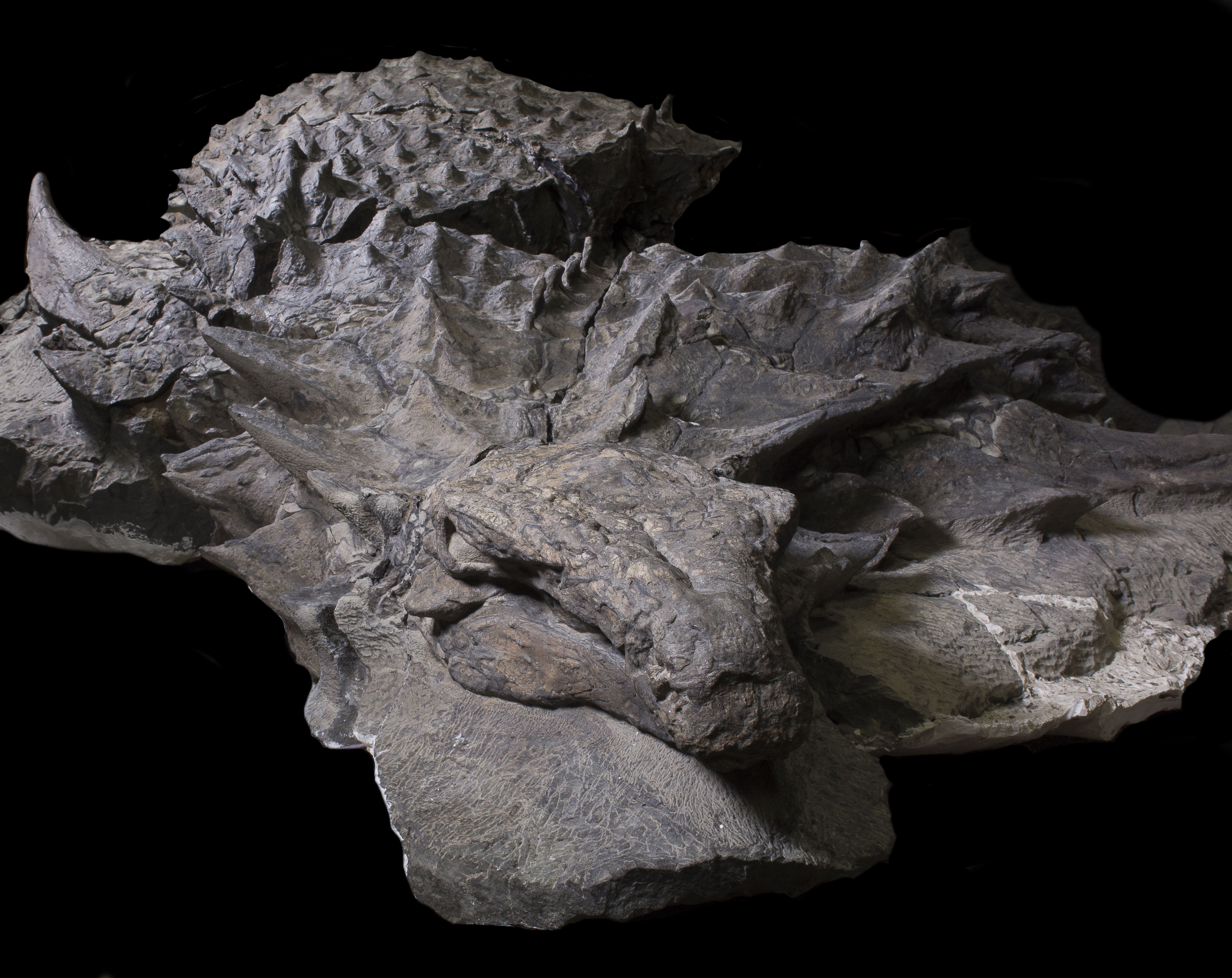 It was 18 feet long and built like a tank. Now its mummified remains have emerged from an oil sands mine in Canada.

No, it’s not the plotline of a summer blockbuster. It’s science: breathtaking, take-you-back-in-time science.

Meet nodosaur, the crown jewel of a newly opened dinosaur exhibit at the Royal Tyrrell Museum of Palaeontology in Alberta, Canada.

What makes the nodosaur staggeringly unique isn’t its size (we get it; dinosaurs were big), but its almost unprecedented state of preservation.

Considering the nodosaur is roughly 110 million years old, the sleeping giant you see when you look at it is astounding. For one thing, you don’t see bones; most of the skeleton is undetectable because it’s covered in fossilized skin and, as the museum describes it, “encased in intact body armour.”

Nodosaurs were herbivores who walked on four legs and were covered in tank-like armor and dotted with spikes for protection, according to the Smithsonian Natural History Museum.

This nodosaur is a new species and a new genus. Museum experts say it is the oldest known dinosaur from Alberta and the most well-preserved of the armored dinosaurs ever unearthed.

The nodosaur was found in 2011. An unsuspecting excavator operator uncovered the historic discovery while digging in an oil sands mine, according to the museum’s news release about the exhibit. Six years and 7,000 painstaking reconstruction hours later, and the nodosaur was ready to meet the public.

National Geographic says the mummified nodosaur weighs 2,500 pounds, not far off its 3,000-pound fighting weight estimated by experts. Scientists think this nodosaur may have been swept away by a flooded river and carried out to sea, where it eventually sank. Over millions of years on the ocean floor, minerals took the place of the dinosaur’s armor and skin, preserving it in the lifelike form now on display, according to National Geographic.

A similarly horned species of dinosaur was recently identified at a Museum in Toronto. That cousin fossil, originally found in Montana, also contained soft tissue such as scales and parts of horn, but that dinosaur’s remains are nowhere near as lifelike as the Alberta nodosaur.

The new nodosaur exhibit opened to the public this week.