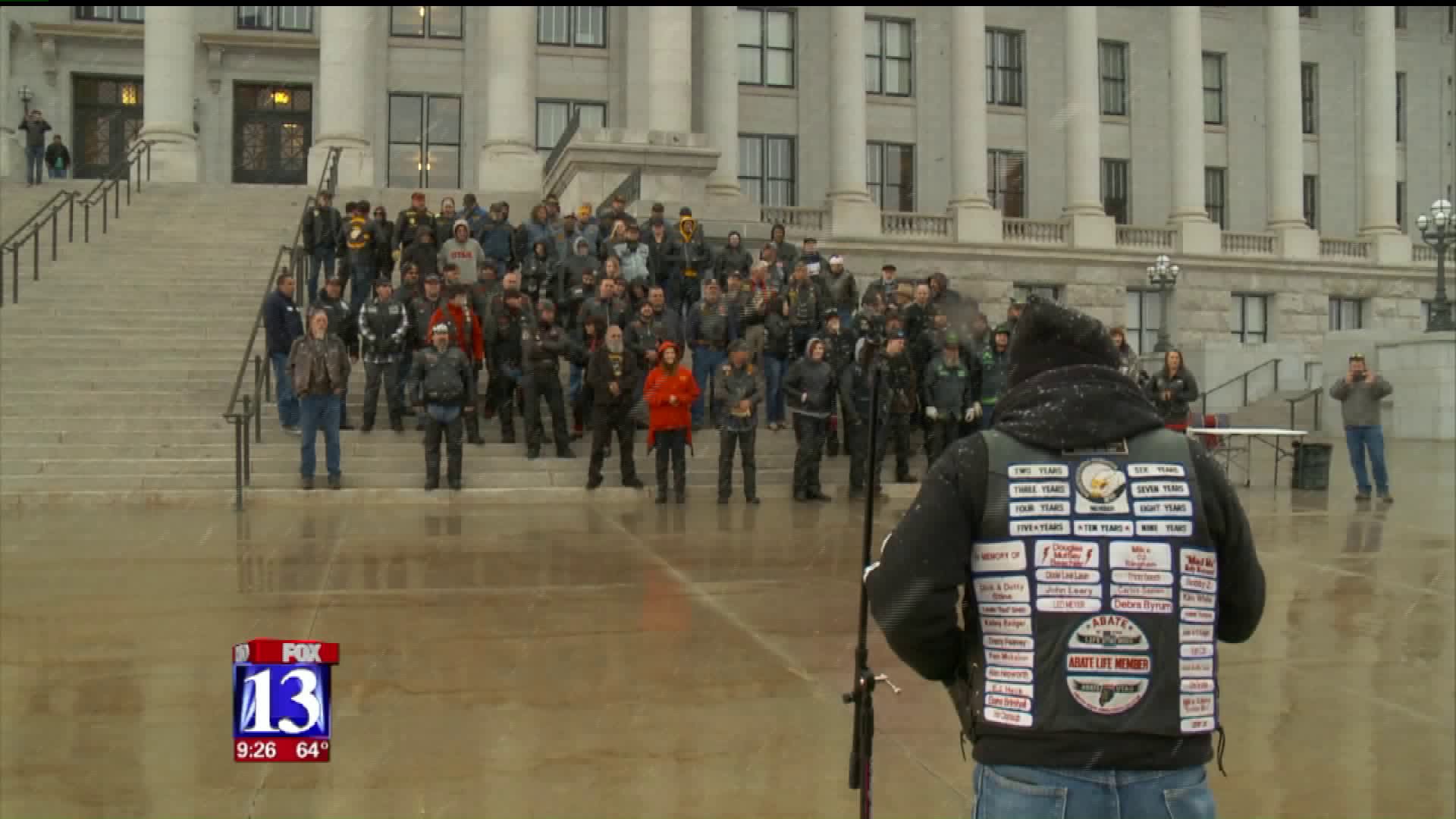 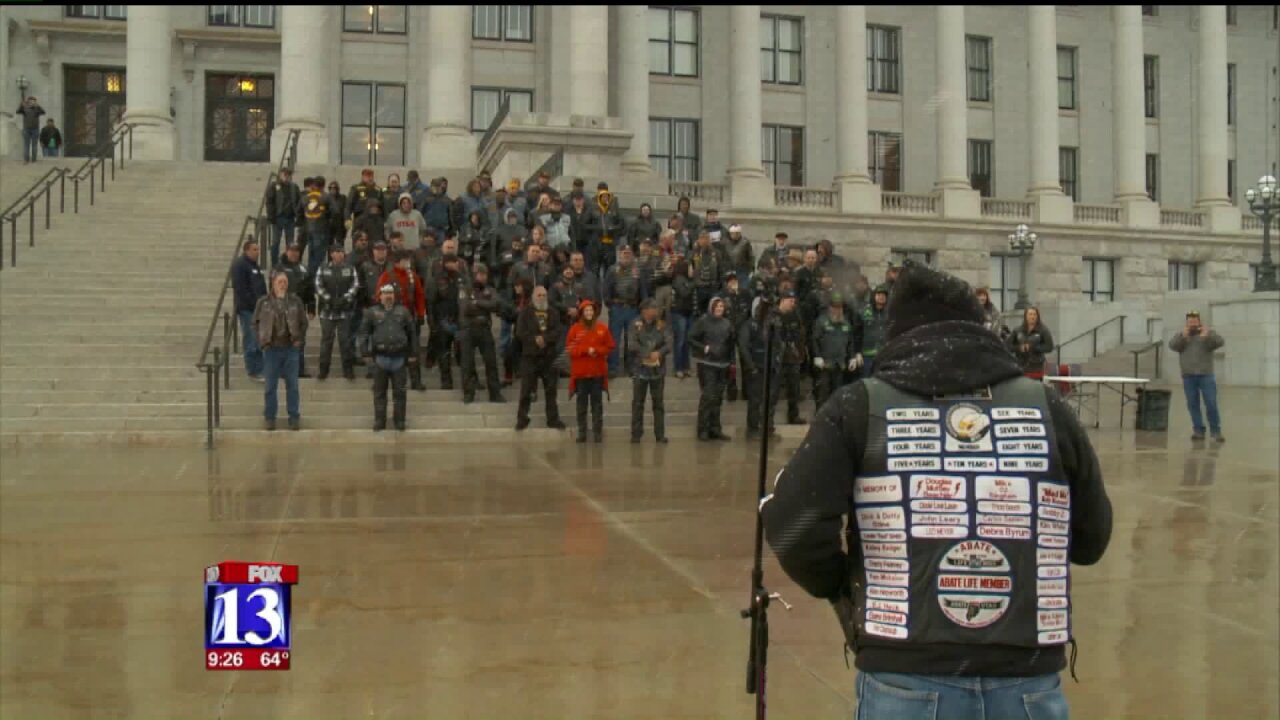 At a rally at the Utah State Capitol, advocates called for changes to laws and for police to stop profiling bikers.

“We want them to repeal the helmet law and repeal the handle bar height law,” said “Gonzy”, one of the bikers who attended the event.

Dozens of motorcycle advocates came together this week to stand up for their lifestyle. They’re asking police to stop profiling based on looks.

“There’s no reason to pull us over and just ask us questions when we’ve violated no law,” Gonzy said.

“I’ve been profiled,” said “Boots” of the POBOP Motorcycle Club. “I get pulled over saying I didn’t use a turn signal when in fact I used a turn signal—or I have no insurance, you know, but I keep my insurance card in my pocket. I’m legit, I’m 100 percent legal; but yet they will pull you over and fabricate something, but you won’t get a citation because nothing will hold up in court.”

Biker advocates say there isn't violence in their community, despite what's being portrayed in Hollywood.

“It’s nothing but love, that’s what we’re all about,” said “Taco” of the Forgotten Few Motorcycle Club. “It’s not what you see on TV. We don’t go around fighting each other, nothing. What you see is what you get with us.”

“We’re Americans here,” Gonzy said. “Whether our motorcycle is our mode of transportation, or our lifestyle, that’s who we are. We have jobs. We’re Americans like everybody else.”

Some riders acknowledged they may look intimidating, but they said it's really about a brotherhood.

“It’s just a big old brotherhood," one biker at the event said. "You know, just because they’re in a different club, we all have the mutual love for bikes. You know, we all go out there and have a good time, and it’s just a big brotherhood and we love it.”