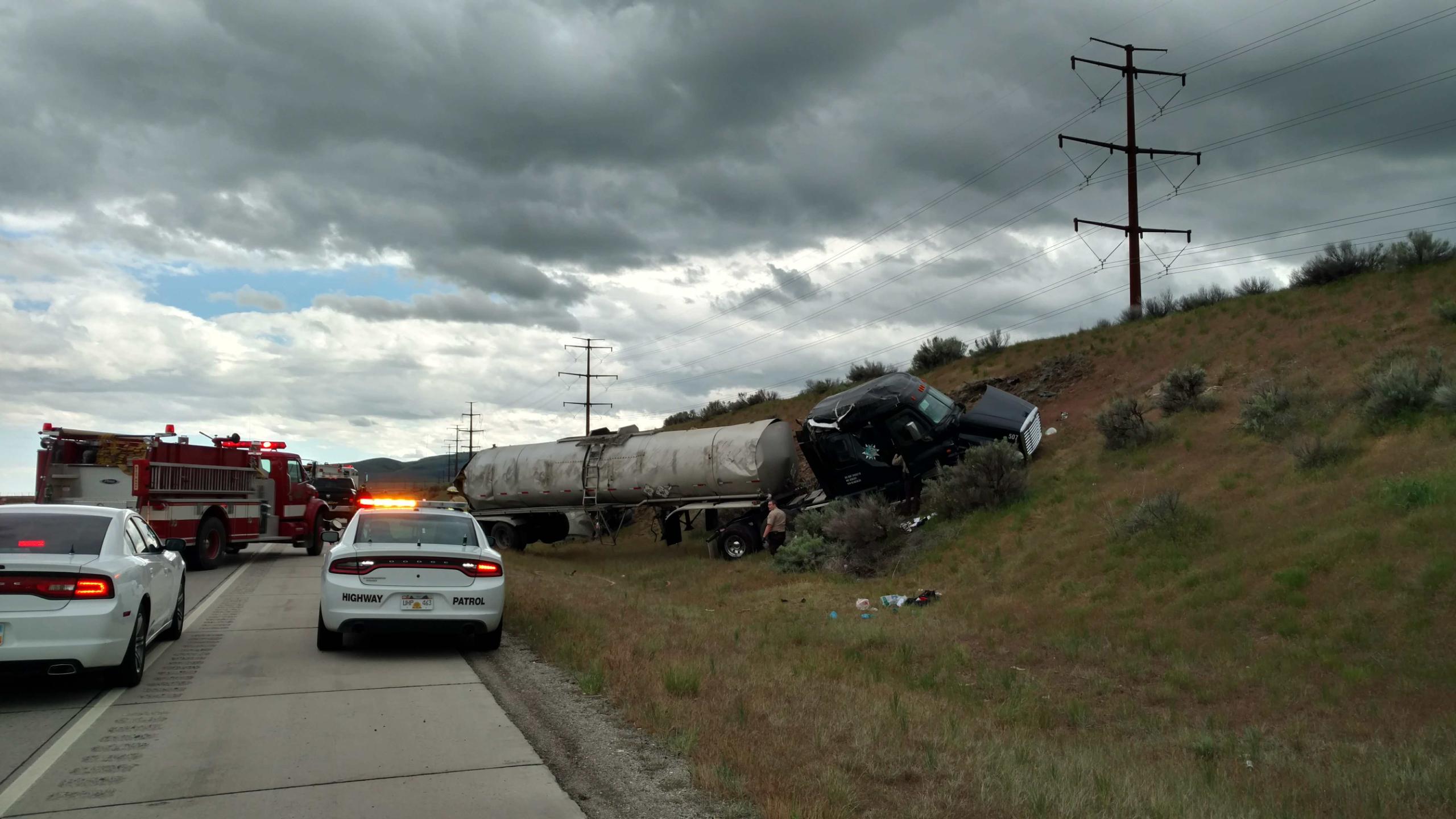 According to a press release from the Utah Highway Patrol issued Sunday, the crash occurred around 4 p.m. Friday on I-15 near mile post 390 as a semi hauling two empty asphalt tar tankers traveled northbound.

The driver of the semi–identified as 43-year-old Charles P. Ganieany of Idaho Falls, Idaho–drove into the median and continued northbound through the median, across the southbound lanes and off the freeway to the west.

The semi traveled up a hillside and lost momentum, at which point the vehicle rolled one full time and came to rest on its wheels. the rear trailer become disconnected and rolled onto its side.

Ganieany was taken to Bear River Valley Hospital, where he was pronounced dead.

UHP states they are investigating a possible medical problem as a factor in the crash.