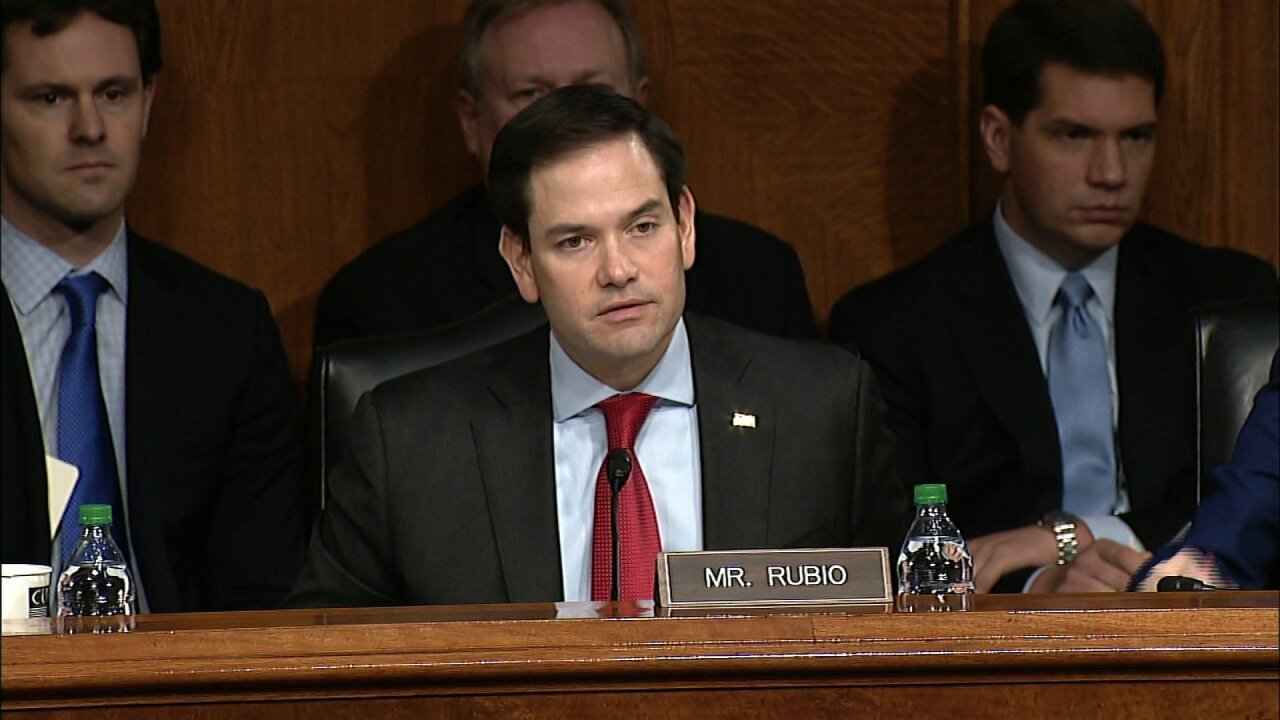 Marco Rubio’s tough questioning Wednesday of Rex Tillerson, Trump’s pick for secretary of state, and unresolved doubts about the former ExxonMobil chief’s nomination, present him with a set of provocative political choices.

WASHINGTON (CNN) — Florida Sen. Marco Rubio warned Sunday about the “cloud” of questions surrounding Russian attempts to influence the 2016 election that is hanging over the White House and pledged to provide the public with answers.

“This cloud is impacting everything else,” Rubio said on CNN’s “State of the Union.” “I think the White House would acknowledge that.”

Rubio’s comments add to the chorus of prominent Republicans saying questions about contacts between associates of President Donald Trump and Russians, in addition to the controversy surrounding Trump’s firing of FBI Director James Comey earlier this month, are impeding the Republican agenda.

Rubio, who sits on the Senate intelligence committee, said he would refrain from taking a “firm position” until the committee finishes its investigation and issues a report.

A report in The New York Times this week, confirmed by CNN and other outlets, said Comey kept records of his interactions with Trump, including a memo documenting Trump’s request that the FBI drop an investigation into former national security adviser Mike Flynn.

“If any president tries to impede an investigation — any president, no matter who it is — by interfering with the FBI, yes that would be problematic. Not just problematic, it would be obviously, you know, a potential obstruction of justice that people have to make a decision on — any president,” Rubio said. “That said, we don’t know if that’s what happened here.”

Rubio stressed repeatedly that the investigation shouldn’t be “litigated” in the press and declined to weigh in on numerous reports, including those about Comey’s memos and Trump’s comments with Russian officials behind closed doors.

“I’m not disputing the press accounts, but I am also not going to accept them,” Rubio said, adding that intelligence panel would gather its own evidence and ideally Comey’s memos.

The committee announced Friday that Comey would testify in a public hearing after Memorial Day, and Rubio said he would ask Comey to verify reports about his memos.

“Did he keep these memos?” Rubio said he would ask. “What did those memos say, and why did he write it, and how did he feel? Did he ever feel like he was being put in a position where he couldn’t do his job?”

Rubio stood up for Comey’s character, saying that while the former FBI director wasn’t perfect, he was a “patriotic, hardworking American.”

California Rep. Adam Schiff, the top Democrat on the House intelligence committee, said Sunday that he is looking forward to Comey’s public testimony and put forward a similar line of questioning in an interview on the program.

“Was he being pressured by the President to drop any part of the investigation?” Schiff said he would like to hear lawmakers ask Comey.

Schiff also hailed the “superb choice” of former FBI Director Robert Mueller as special counsel to head up a federal investigation into alleged collusion between Trump campaign aides and Russia.

He tamped down the idea that congressional investigations would be “diminished” by the special counsel’s probe.

“At the end of Bob Mueller’s investigation, if he makes a decision not to bring any charges, he’s not likely to say a word about that decision,” Schiff said. “It’s going to fall to the Congress to explain what we found and what we didn’t. … We have very different responsibilities, and both I think are enormously important.”

Some members of Congress predict otherwise.

South Carolina Sen. Lindsay Graham said Thursday that he believes “Congress’ ability to conduct investigations of all things Russia has been severely limited, probably in an appropriate fashion” because of Mueller’s appointment.

The Republican senator is leading an investigation as the head of a Senate Judiciary subcommittee.

Rep. Jason Chaffetz, the outgoing chairman of the House oversight committee, said on ABC’s “This Week” that he had not yet spoken with Comey, but expected they would talk Monday.

Chaffetz, who plans to leave Congress in June, said Tuesday on Twitter that he had his “subpoena pen ready” if needed to obtain Comey’s memos. He also said he scheduled a hearing with Comey on FBI independence for Wednesday even though he hadn’t talked with him about it.