ST. GEORGE, Utah - The two missing boys from St. George, Utah, are in Tijuana, Mexico, with their father who does not have custody, according to police.

St. George Police said 11-year-old Jesus Lopez and 9-year-old Angel Lopez are with 51-year-old Ricardo Lopez; they are healthy and in good condition.

Lopez is recently divorced from the boys' mother; she has sole custody.

Authorities said Lopez was supposed to take the boys to school Wednesday morning but they never arrived.

According to police, Lopez, with his young sons, drove his red 2007 Dodge Caliber to Mesquite, Nevada, where he sold it to a woman.

Officers said Lopez then met up with someone else and took the boys to Mexico.

Authorities said Lopez had already planned to sell the vehicle.

The St. George Police Department is working with the National Center for Missing and Exploited Children, the FBI and Homeland Security to find the boys.

Authorities in Mexico have been notified as well. 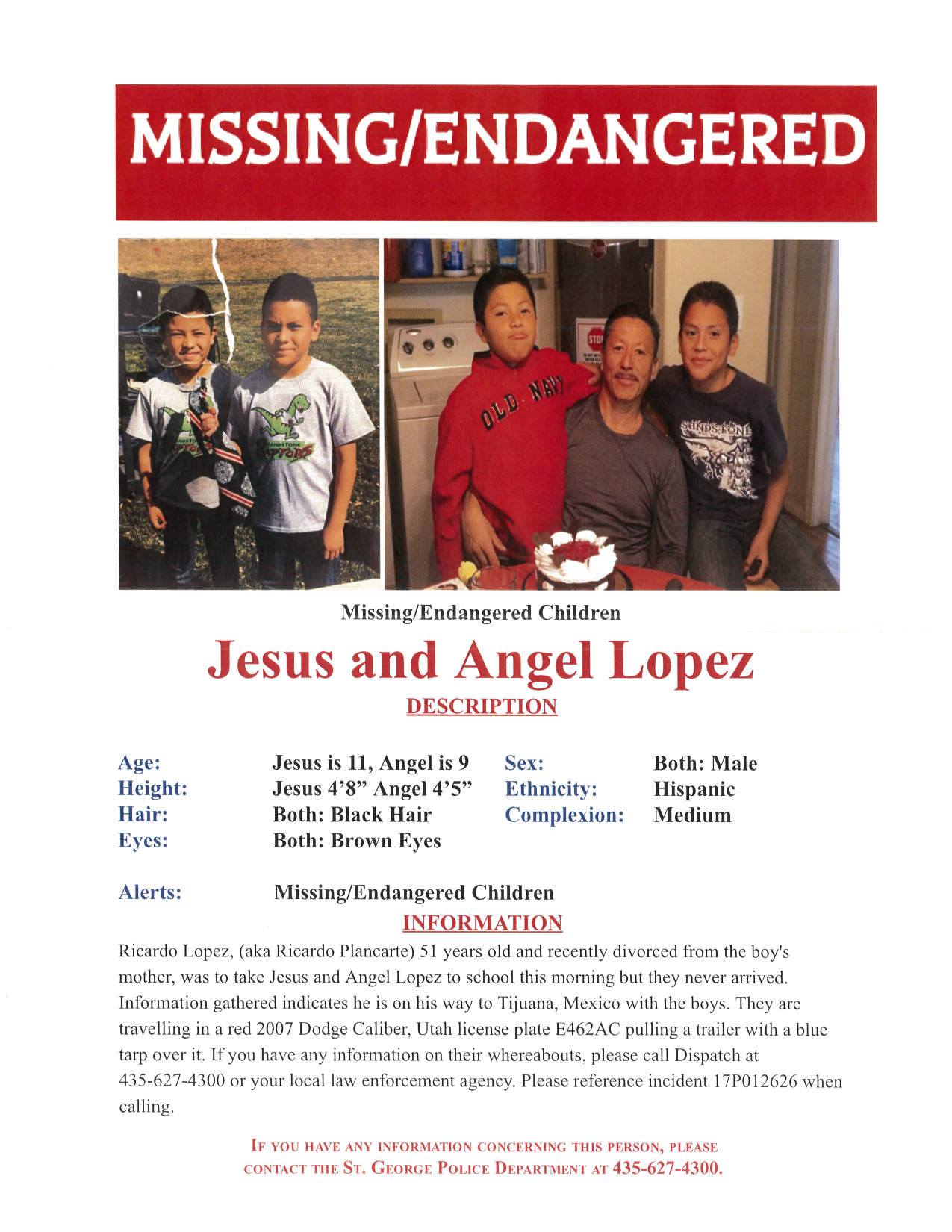