Prescription drug prices can vary widely by store; here are some Utah examples 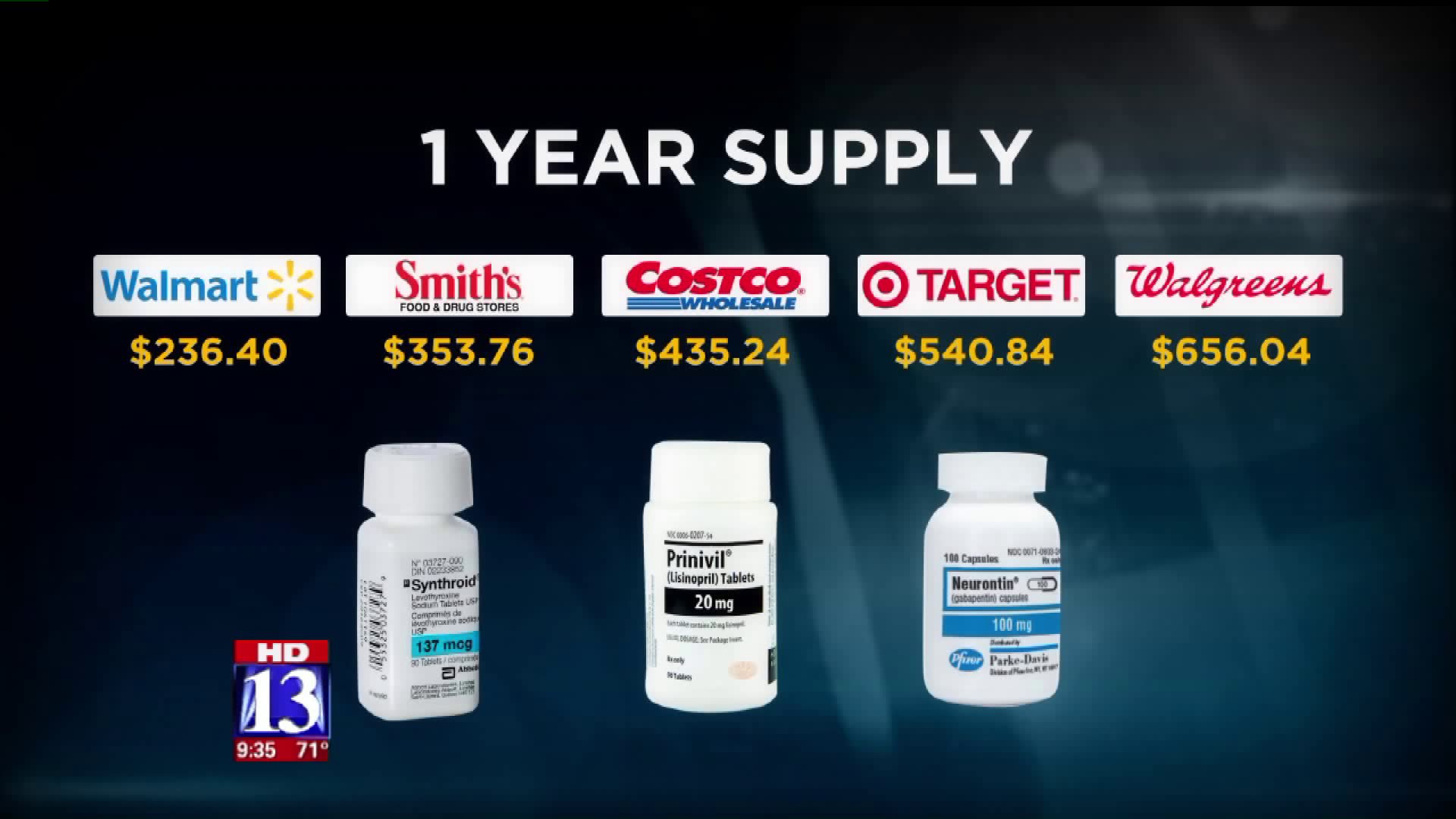 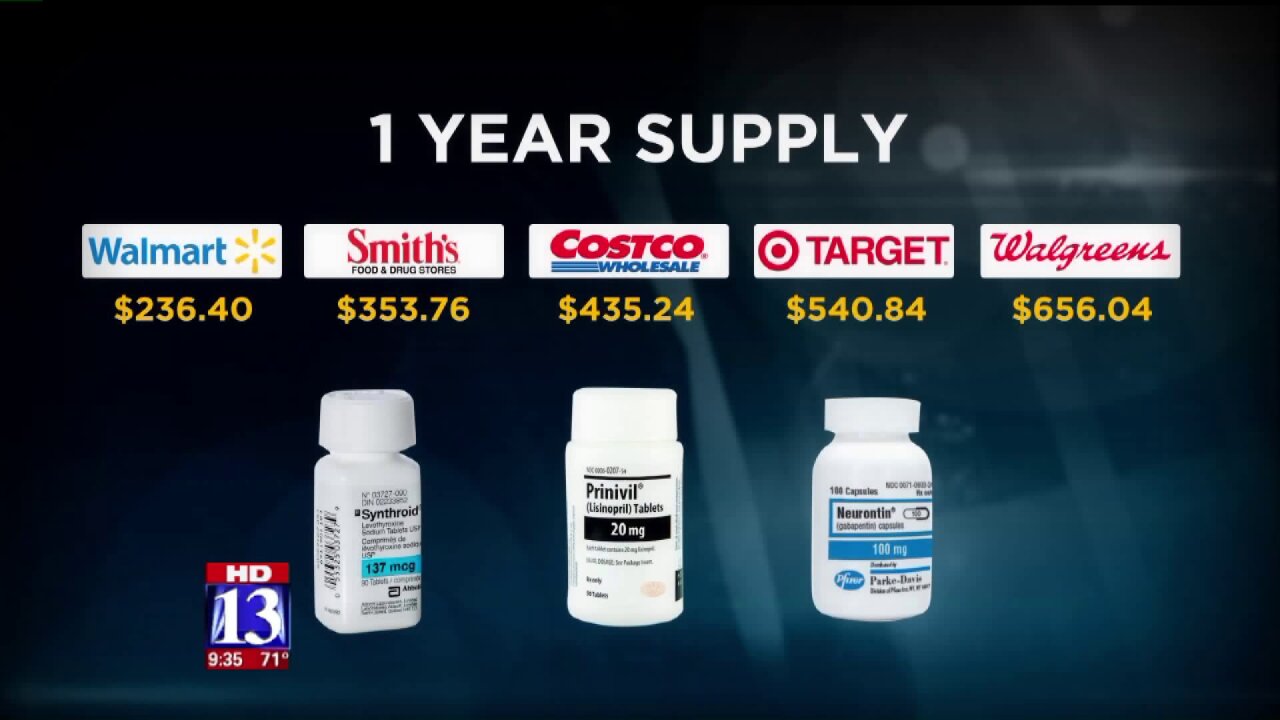 SALT LAKE CITY — Have you ever shopped around to find out if you are getting the best possible price on prescription medications?

"One of my prescriptions is $65. At another place its $23 and another it's $27" said Judy Allister, who struggles to afford her medications on a fixed income.

Just like any other business, pricing can be competitive, and it pays to shop around.

"Different size pharmacies have different buying capabilities and that is going to adjust what that medication cost is going to be for the consumer," says Dr. Cameron Lindsey.

The prices quoted to Fox 13 were based on customers paying for medications out fo pocket, without insurance.

The total to fill all three prescriptions for 30 days at each pharmacy is as follows:

To get the lowest prices, most pharmacies recommended generic versions of the medications for substantial savings. For example, a 30 day supply of the Prinivil brand at Target sells for 70.99, while the generic is only $14.09 at the same pharmacy.

Dr. Lindsey says the prices for what you might need will vary depending on where you buy, so don't assume one pharmacy always has the better deal.

Walmart had the lowest total cost among the five pharmacies Fox 13 contacted, but when priced individually, Neurontin, sells for almost four dollars less at Smith's.

Dr. Lindsey says having an honest conversation with your doctor and pharmacists about your financial situation may help lower the bill.

"Sometimes you can get a shorter acting medicine, that you may have to take more often during the day, but it could save you hundreds of dollars in some instances," Lindsey said.