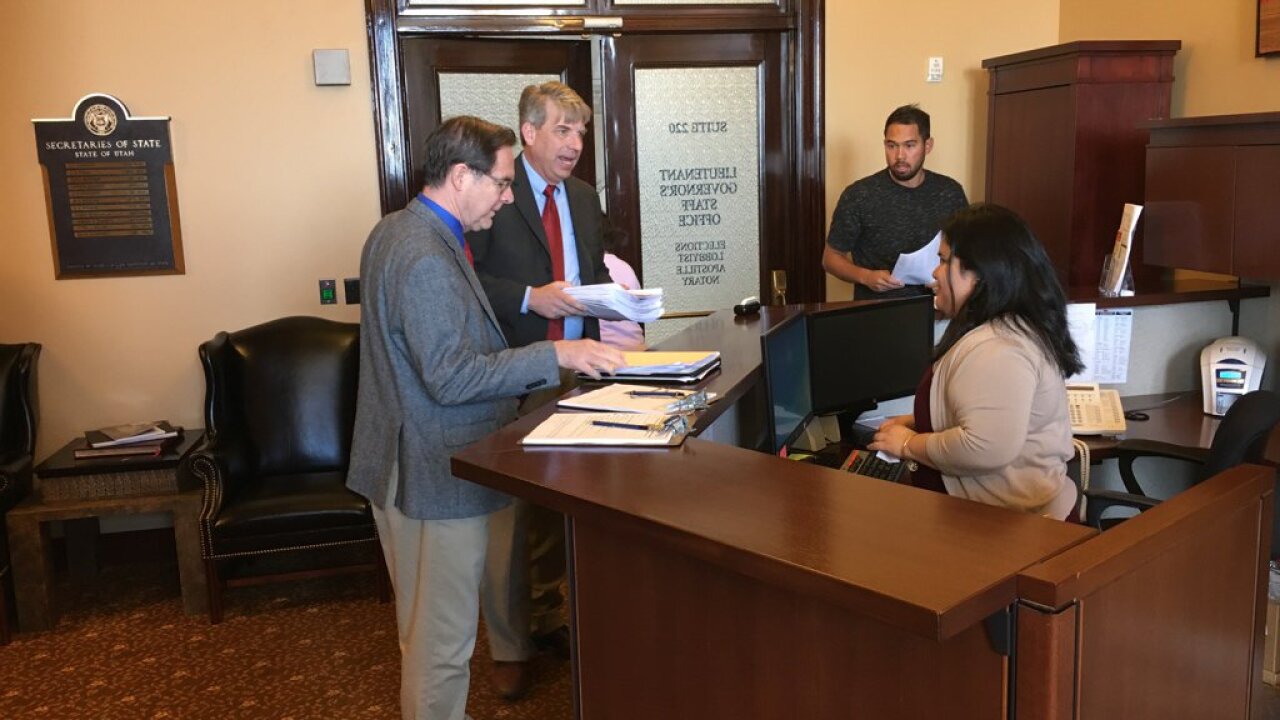 Leaders of the United Utah Party file signatures in the Lt. Governor’s Office to become a registered political party on May 25, 2017. (Photo by Ben Winslow, FOX 13 News)

Leaders of the United Utah Party, which bills itself as a centrist alternative to Republicans and Democrats, filed more than 2,000 signatures on Thursday with the Lt. Governor’s Office. Subject to verification, the signatures would make them a registered political party alongside the GOP, Utah Democratic Party, Utah Libertarian Party, Constitution Party and others.

United Utah Party Chairman Richard Davis said it was his hope the Lt. Governor’s Office could verify the signatures in time for them to get a candidate in the race to replace Third District Congressman Jason Chaffetz, who is resigning at the end of next month. Friday is the deadline for candidates to file.

Davis said they have a candidate waiting to run, but he refused to say who it is. If the party isn’t on the ballot in time, Davis said the candidate would still file to run.

Utah Elections Director Mark Thomas said they would try to verify the United Utah Party signatures in time, but admitted with the special election looming it may be difficult.

So far, 10 candidates have filed to run to replace Chaffetz. The deadline for candidates to file in the special election is 5 p.m. Friday.

The United Utah Party said it would hold an “open primary,” meaning Republicans and Democrats could participate in their candidate elections. The party is planning its first convention in June.