$5,000 reward offered in case after dog fatally shot while in yard in Helper 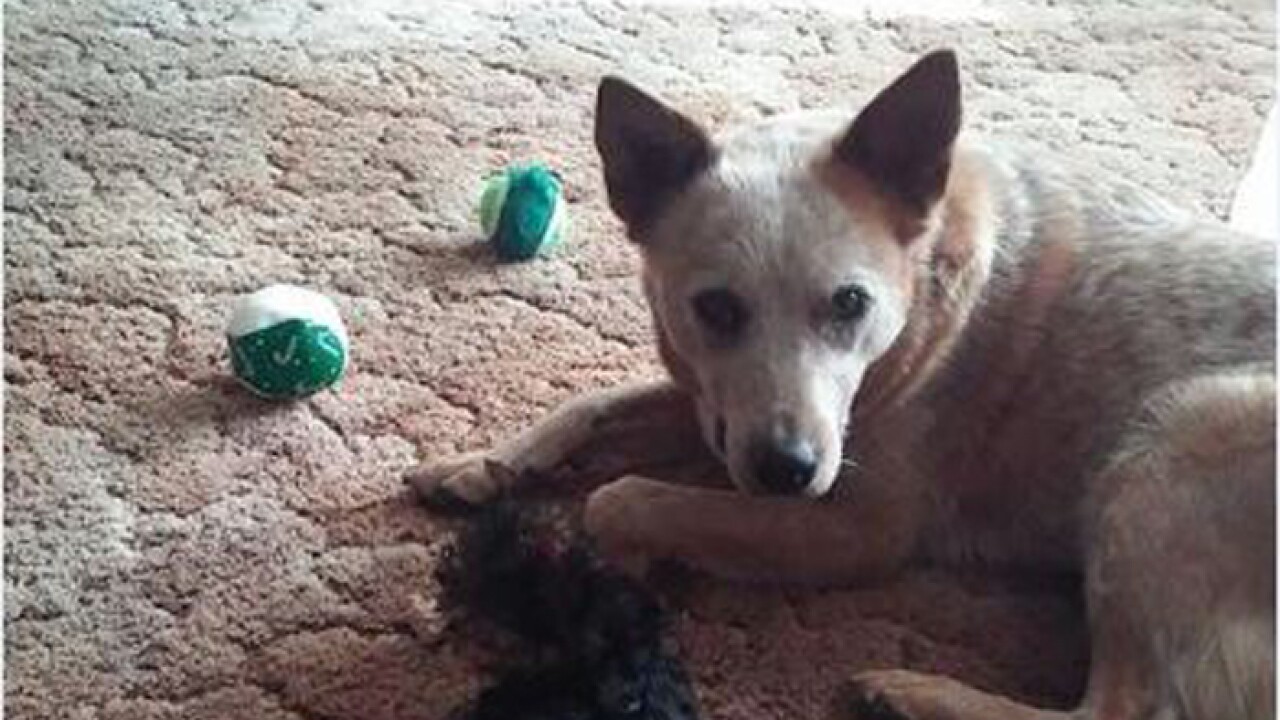 Jazman, right, a red heeler shot and killed in Helper May 25.

Jazman, right, a red heeler shot and killed in Helper May 25.

HELPER, Utah — Police are investigating after a dog was shot and killed inside her kennel in a fenced-in yard in Helper this week, and the Humane Society of Utah is offering a $5,000 reward in the case.

Dennis Marshall tells Fox 13 News he woke up Thursday morning to feed and water his two dogs but could only find one of the animals.

As he walked around the yard, he found Jazman deceased, “with a hole in her, right where her heart is.”

A veterinarian who performed a necropsy on the Red Heeler said an airgun pellet was found lodged in the dog’s body and was likely the cause of death. The projectile is believed to be from a .177-caliber airgun and it had a metal BB tip, according to the vet.

Chief Trent Anderson of the Helper Police Department confirmed they are investigating the death, and he said they believe the animal was killed sometime between 4 and 6 a.m. Thursday. The shooting occurred at 33 D Street in Helper.

Neighbors did not report hearing anything suspicious around that time, but Anderson said that’s not surprising because pellet guns are typically quiet. He said the dog was in a kennel when she was shot.

The Humane Society of Utah has put forward a $5,000 reward for information that leads to the arrest and conviction of the person(s) responsible for the killing.

“Our hearts go out to this family,” stated Gene Baierschmidt, HSU executive director. “It is highly disturbing that a pet is not safe in its own home. The person responsible must be found and held accountable, and we hope a reward offers incentive for someone with information to step forward. There is no justifiable reason for someone to commit animal cruelty in this atrocious manner.”