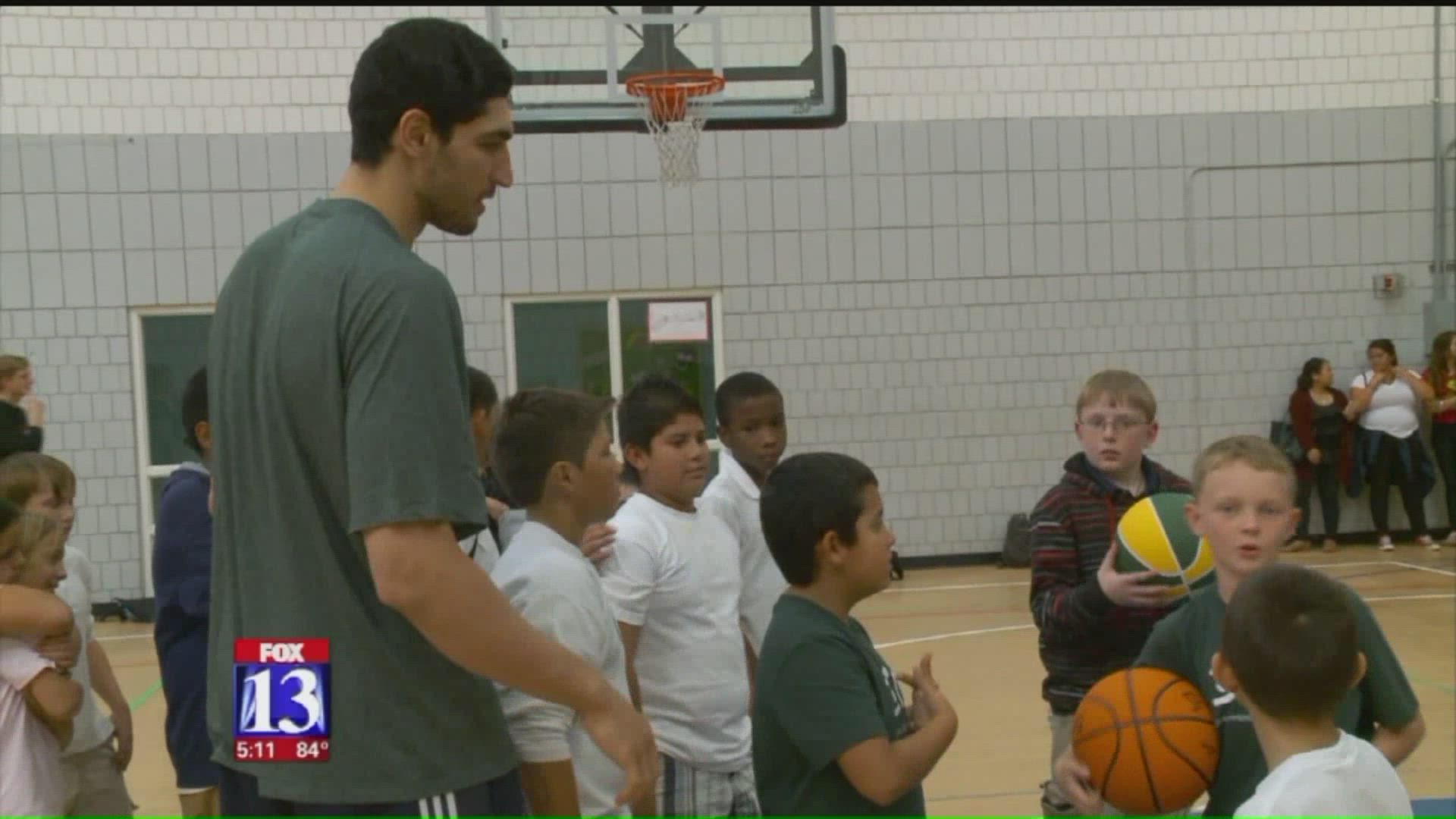 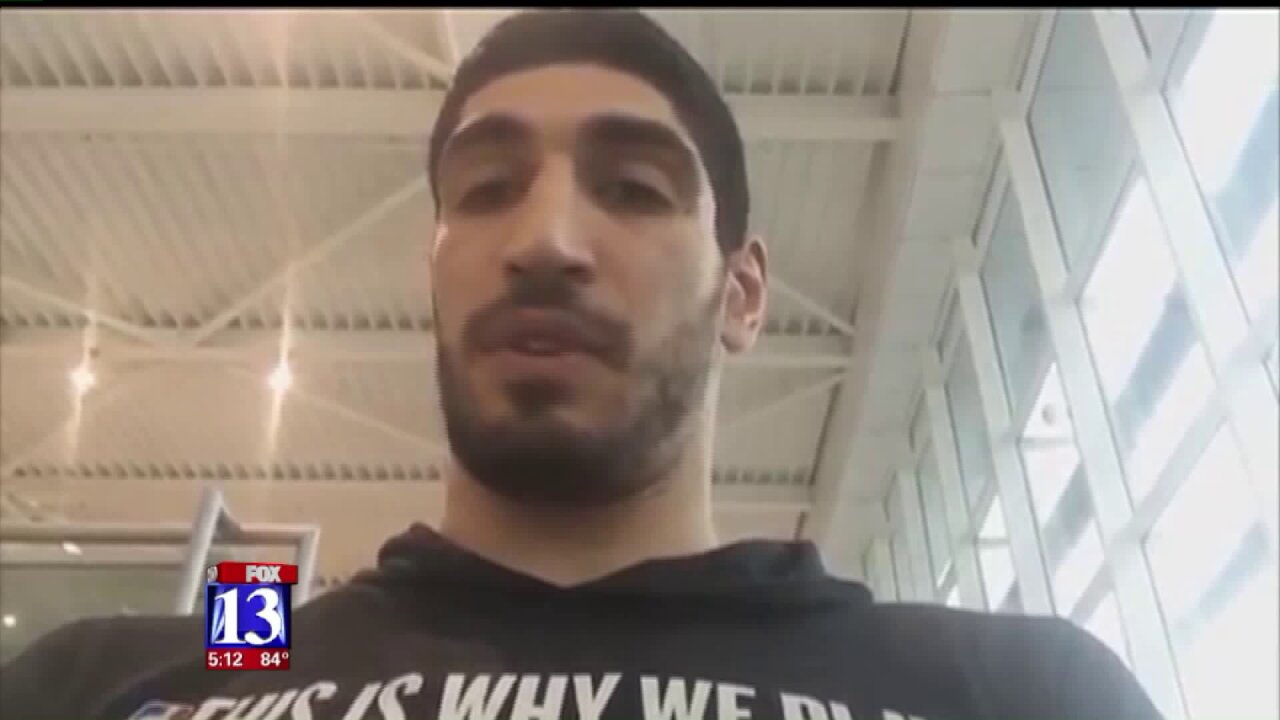 SALT LAKE CITY -- Former Utah Jazz player Enes Kanter was afraid for his freedom last week as he flew through several countries to get away from and arrest threat.

Kanter's home country of Turkey claims the NBA center aids terrorists because of his support for an activist muslim leader in exile in America. The Turkish President Recep Tayyip Erdoğan blames the leader, Fethullah Gülen, for a failed coup in July of 2016, which led to a massive government crackdown on teachers, university professors, civil servants and journalists.

Kanter was in Indonesia conducting youth basketball camps on May 19th when he learned his passport had been revoked, and Indonesian police wanted to interview him. He and his manager immediately went to the airport and boarded a flight for Singapore.

From Singapore, Kanter flew to Romania, where police detained him for a time. It was there that Kanter took time to film himself in English and Turkish saying, "Just want to say we are in Romania, they canceled my passport by Turkish embassy. They've been holding me by these police."

Eventually, the Romanian police allowed Kanter to board a flight to London, and from there he flew to the U.S.

In an interview on CBS Sports Radio, Kanter talked about what was happening to people in Turkey facing the same accusations leveled against him.

Kanter took a moment in the interview to praise his current Oklahoma teammates and those in Utah, despite a rocky departure via a 2015 trade. He said both teams showed him what makes America special.

"If you look at how OKC players treat me, how the organization treated me, and my first team Utah Jazz treated me, they only want one thing: if you respect them, they respect you," Kanter said.

Kanter plans to stay in the U.S. until he can earn his citizenship.