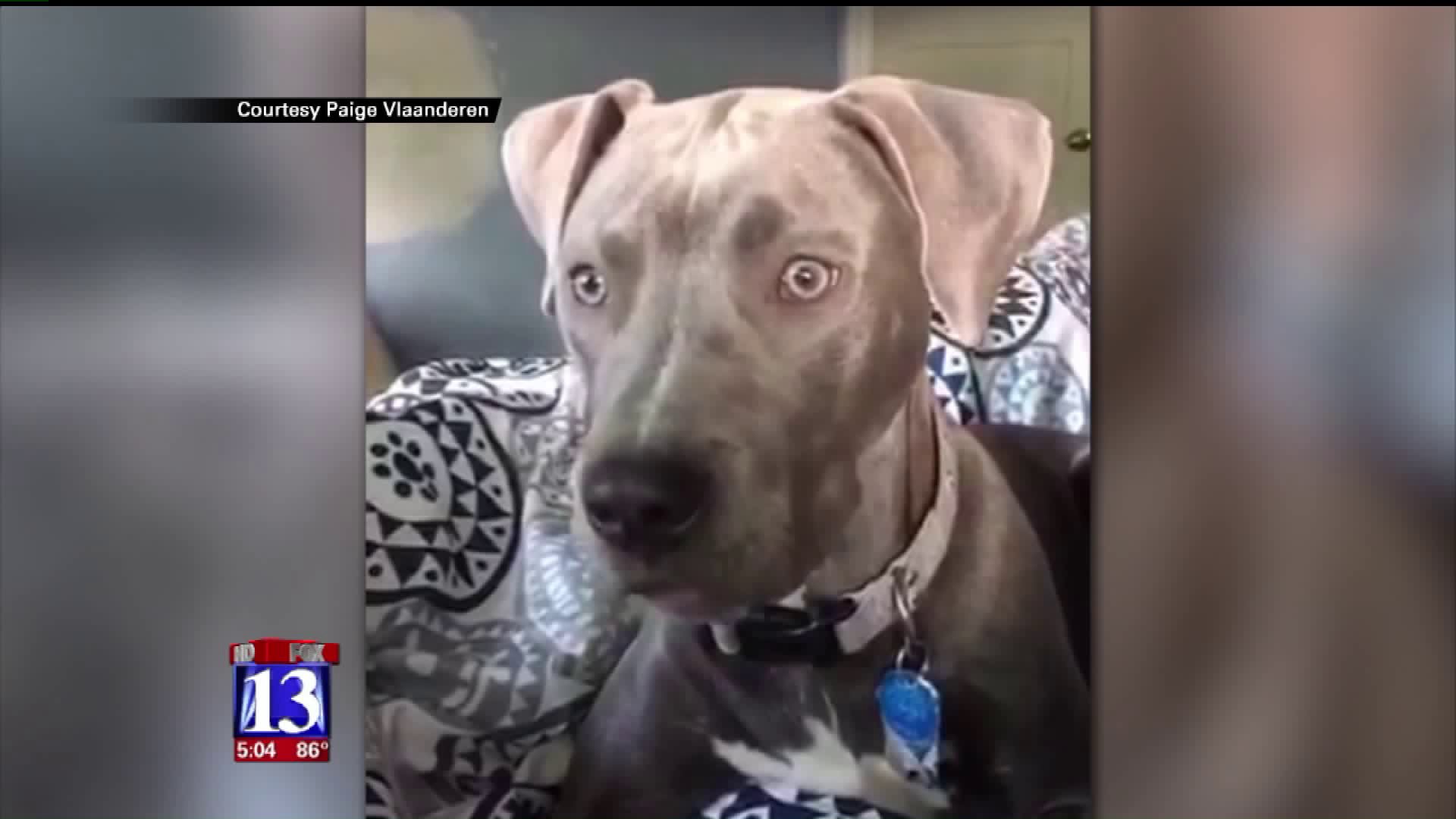 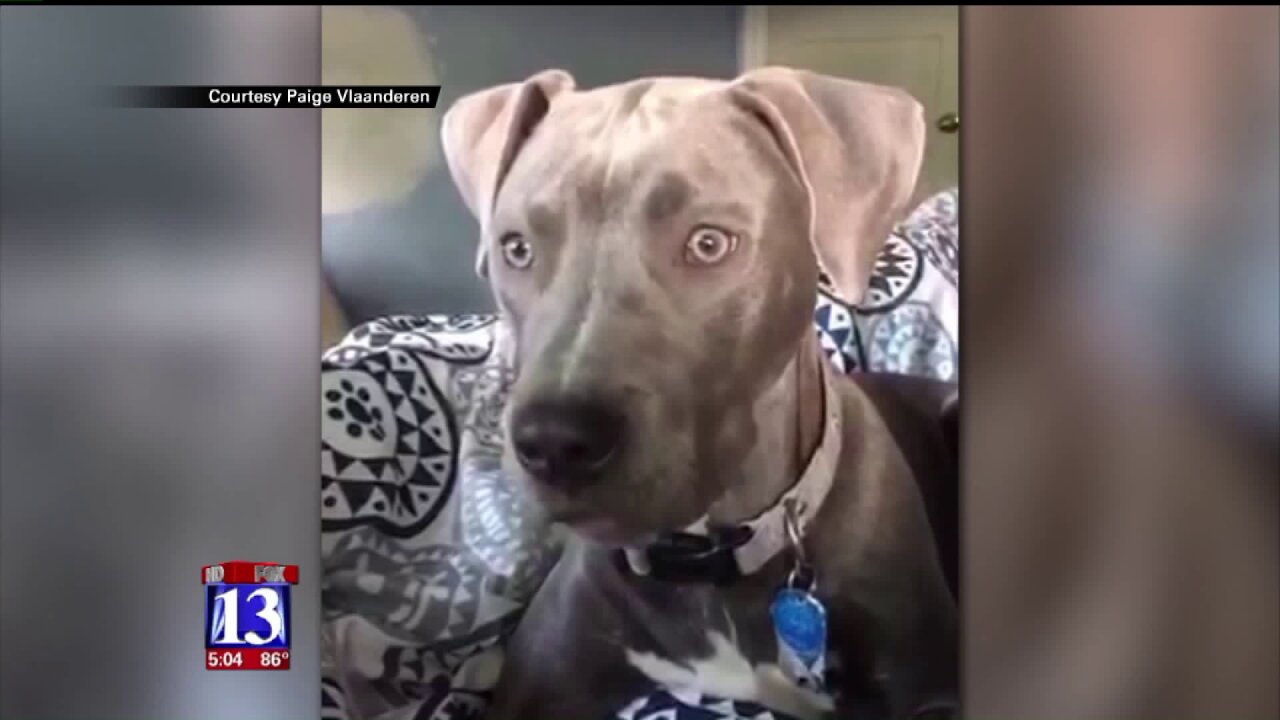 HOLLADAY, Utah — A Salt Lake County couple is pleading for the safe return of their beloved pit bull puppy who was stolen from their home near 5200 South and 1800 West on Wednesday, May 31st.

“She’s really friendly. Loves all of our friends. Really fun to play with other dogs,” said Emery.

Vlaanderen said she came home around 11:45 Wednesday morning and the whole house was ransacked.

Emery says the culprits crawled through Vlaanderen’s bedroom window and snatched Baloo from her kennel and the leash. Nothing else was taken.

“Someone knew where everything was in the house. Knew which window would be open. Knew where the leash was. Grabbed her and walked out the front door,” said Emery.

“That kind of tells us that the person has been in the house before or is familiar with the dog,” said Lt. Brian Lohrke, Unified Police Department spokesperson.

Emery has no idea who would want to harm Baloo. They’ve put the word out all over social media and handed out flyers. They’ve received several tips, but nothing has panned out.

“We’ve been getting calls here and there and we might have seen a sighting on 60th West and 38th South,” said Emery.

“Just a sad situation. Dogs, pets are considered family members so this is a very disturbing incident,” said Lt. Lohrke.

They are pleading with those responsible for her disappearance to do the right thing and drop her off at an animal shelter – no questions asked.

“We just want them to know we want her back. We just don`t want her hurt. She means a lot to us. She`s irreplaceable,” said Emery.

The couple is offering a cash reward for information about Baloo. Call Unified Police at 801-743-7000.